The Best and Worst Day of My Life: Greg's Story

I have a hard and painful story to share with you, but in the end, there is hope. I stand before you today only by the grace of God. My name is Greg Swartz, and I am being healed from sexual addiction.

My hometown of 1200 people was the type of place that everybody knew everybody else’s business. Dad never graduated high school and Mom went to night school to get her diploma. Dad was an angry drunk, Mom worked at the local bar, and I spent many nights there as a boy. They used alcohol to keep me from crying as a baby and gave it to me to put me to sleep. As a youngster, I drank alcohol regularly.

Dad would let me puff from his cigarette when I was 3, and at the age of 4, he was my gateway into a near lifelong addiction to pornography. While I didn’t quite understand what I was looking at, it made me feel “funny” inside and taught me to objectify women from a very young age. Soon after, I had a bad fight with my mom when she was quitting smoking (again). Something had gotten between us, and I remember screaming to her “I hate you.” She screamed back “I hate you too.” I retorted that “When I grow up, I will never be like you!” It is an embedded memory for me.

Around the age of 5, I discovered an uncontrollable craving for sugar. My parents, who always had beer and liquor on hand for themselves, felt they needed to have something for their son. So, they bought me soda. I started drinking multiple bottles a day. Mom and Dad did not like that and instituted a limit of 1 bottle per day, but I was powerless to stop. If there was one available, I wanted it, and I wanted it bad. And so, at a very young age, I was already experiencing multiple addictions.

Addiction was the trademark of my family.

I was truly hooked after that first time and continued to indulge daily. Shortly after my 13th birthday, my mom divorced my dad. On the night that she and I left, Dad put a gun to his head and said he was going to pull the trigger. I was so angry at him, I told him “go ahead,” although I was secretly grateful that he did not.

Divorce only changed the addiction venues.

Mom moved in with her boyfriend and continued the alcohol and drug cycle. They also watched X-rated movies together. I would secretly watch the videos when I was alone and, on a few occasions, they even let me stay and watch the movies with them. Truth be told, I received a lot of my sexual education, as well as sexual deviation, from those videos. Dad moved from girlfriend to girlfriend and drowned his sorrows in drink and drugs.

My parents weren’t bad people. They loved me very much. They didn’t know how to express it properly because they were broken. What they did teach me was that all they had exposed me to was “normal.”

While I was intelligent, college was out of reach. My family was broke, and my grades were not good enough to get a scholarship. Seeing my only chance of escape through the military, I took the ASVAB test, scored well, and was permitted to enter any enlisted specialty in any branch of the service.

Pride got the best of me, and naturally, I became one of “the Few, the Proud, the Marines.” Convinced I was going to evangelize the Marine Corps, I was in for a shock. Pornography reared its ugly head again, except in this environment, it was accepted, embraced, and even shared. Still, I excelled with meritorious promotions, medals, and awards. I visited family for Christmas and while at the airport for my return trip, my mom bought me a “goodbye” drink. For some reason, it tasted like poison going down. December 26, 1991, became the last day I have ever had alcohol. I have absolutely no desire for it.

After spending a year in Okinawa, I visited home again and met my future bride Kimberly at Casas Adobes church. We married 13 months later. Like many men, I thought my prayer had been answered. I hoped having a wife would solve my sexual “needs.” It did for about 12 months, but I learned that my desires were literally unquenchable. Two years later, I felt God leading me out of the Marine Corps.

Serving in the Church didn’t stop my addiction.

We left the military and traveled to Colorado Springs with our one-month-old daughter, Bethany. We started a new life in a new place with no family to influence us. I was determined to not let my family’s past sins jeopardize our family’s future. We found a small church to join, and within three months we were serving there. I became the worship leader and we both served there for nine years.

After years of ministry, both of us were burned out and found Circle Drive Church. The pastor told us to rest and recuperate for a year, which we gratefully did. After finishing our sabbatical, we re-entered ministry. Again, I served in many areas of that church, but my sin kept on popping up when I felt my needs weren’t being met.

Over the course of several years, my duties with work, business, college, ministry, and my family had taken a toll on me: I was constantly stressed, overworked, and not sleeping well. On February 14, 2012,  something deep inside of me broke. I can’t explain it any other way. I felt different. I physically broke. I was preparing for a half ironman when I lost all passion, drive, and motivation. I couldn’t even summon the will to run half of a mile.

I entered a depression, began eating haphazardly, and gained over 120 pounds, which in turn intensified the depression. These factors led to a spiritual breaking, and my pornography addiction spiraled out of control into deeper sin where I started to photograph the models myself. My pastors discovered part of my secret, and on November 1 of that same year, they confronted me on it and told me that I had a sexual addiction.

That was the best and worst day of my life.

Numbers 32:23 says “be sure your sins will find you out,” and Luke 12:2 says “there is nothing covered up that will not be revealed and hidden that will not be known.” Now that my sin was being revealed, my world came crashing down on me. I remember crying in the pastor’s office, saying over and over, “No, I’m not one of them!”

I came clean with them, and then we drove home to tell my wife. She knew that I struggled—I had sought counseling with my pastors before—but she had no clue to the depth of which my sin went.

I resigned from all ministries, business organizations, and outside work activities in order to get clean and work on my marriage. I left quite a bit of carnage behind. Not only had I lost trust and deeply wounded my partner in life, but I also damaged my children who had no idea what happened. My hidden sin had affected and hurt over 140 people in my family, work, and church.

November 1, 2012, also became the best day in my life. I had finally come clean and exposed my secret life. While there was still wreckage all around me, I had revealed everything I could think of, and it felt good to be free. I started seeing a professional counselor who had overcome this sin, and attending Celebrate Recovery, a Christian 12-step group. Through those meetings, I had a safe place to talk, found accountability partners, and set up filtering software for all my devices. I learned I was not alone.

Many men who struggled were good, Godly men. They fought the same battle I did. They fasted, prayed, and memorized Scripture. They begged and pleaded with God to take this inappropriate desire away, only to continually lose the battle—all as I had repeatedly done. Through this whole process, my wife was hanging on by a thread, torn by my betrayal. She painfully and sorrowfully stood by my side as I sought the help I so desperately needed.

I finally chose to run towards success.

Four years after the confrontation, and still in a depression, I received news that my dad was dying. I flew to Phoenix, and on November 10, 2016, I stood by my unsaved father’s side during the final moments of his life and held his hand as he passed. In the transition moments, I began praying over him, releasing him and forgiving him from all the sins that he had committed and led me into as a young boy. Sins that had controlled me much of my life: alcohol, pornography, objectifying women, anger, not being there, not being a dad.

The freedom I gained from those few moments of prayer was akin to my coming clean years earlier. I began feeling renewed and invigorated. Over the next few days, I purged the entire house of all my dad’s belongings. I could feel the depression lifting and a new phase of my life beginning to unfold. It took over a year, but my passion, drive, and motivation returned. However, this time, I was not running from failure, I was running toward success.

My freedom story is not over yet.

It is now eight years from the time I physically broke. I stand on the recovery side of addiction, a very changed man who is still being restored. This doesn’t mean I don’t struggle. Addiction recovery is not a one-and-done event. My ongoing battle requires me to constantly be on the alert to avoid certain places, situations, and temptations, because the enemy wants nothing more than to drag me back into the hole so that he can destroy my marriage, my children, and my witness.

Healing requires embracing Christ as the Great Physician and the belief that not only can he “do exceedingly abundantly above all that we ask or think,” but that he wants all his children to come to the realization that he has set us free from sin. My recovery still requires daily prayer, Bible reading, accountability partners, accountability software, and Celebrate Recovery meetings. I can confidently say that I have been clean for quite some time.

My calling is to help deliver other men who are struggling in the battle. The Barna research group shows that 81% of males 25 and under and 67% over 25 seek pornography out (yes, even Christian males). Everyone has a drug of choice. Pornography just happened to be mine. Whether we struggle with alcohol abuse, illegal drugs, nicotine, pornography, overeating, anger, resentment, or codependency, the church body needs to understand that we are all broken on some level and everybody needs healing. We can’t come alongside the hurting and broken if we put labels on people and shun them. I’m willing to step out and share my story and show everyone that God does indeed heal the brokenhearted.

Resources That Have Helped My Recovery:

Comments on “The Best and Worst Day of My Life: Greg’s Story” 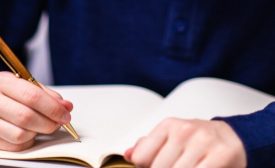 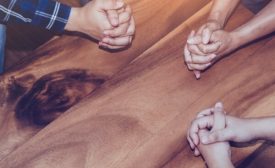