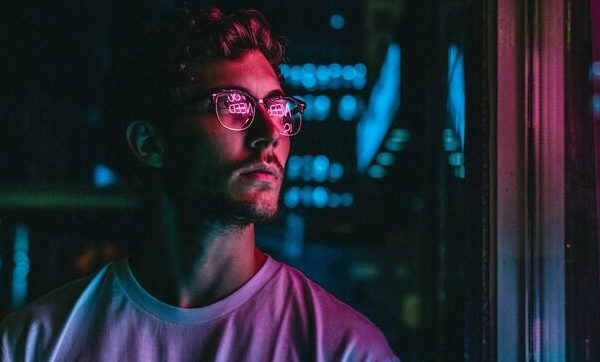 Dr. Peter Kleponis is a Licensed Clinical Therapist and Assistant Director of Comprehensive Counseling Services in Conshohocken, PA.  He holds an M.A. in Clinical-Counseling Psychology from LaSalle University in Philadelphia, PA and a Ph.D. in General Psychology from Capella University in Minneapolis, MN. Dr. Kleponis specializes in marriage & family therapy, pastoral counseling, resolving anger, men’s issues, and pornography addiction recovery. He is the author of Integrity Restored: Helping Catholic Families Win the Battle Against Pornography.

For those who want to end their use of pornography, the first step is admitting the problem. After this, you need to identify your triggers. A trigger is a person, place, thing, emotion, or experience that can easily lead one into viewing pornography.

In order to identify various triggers, it’s important to understand the different types of triggers. While there are countless triggers out there, we can divide them into two categories: sexual and non-sexual.

Sexual triggers are usually things that are blatantly sexual, such as the day at the beach as mentioned above. They can also include things such as pop-up ads on the internet, television commercials during sports games, lingerie catalogs, sexual scenes in cable/satellite television shows or PG, PG-13 or R-rated movies, men’s lifestyle magazines, etc. Advertisers (and pornographers) know that men are visually stimulated and that “sex sells.” Thus, any type of media geared toward men will often have sexually suggestive (or explicit) content. Such content could easily become triggers for pornography use.

In addition, for some, just the sight of a computer, television, cell phone, tablet, etc. could be a sexual trigger, especially if those devices are used to access sexual media. Even memories of past pornography viewed can be triggers. We call this euphoric recall.

Looking at his use of media and when he would fall into viewing pornography, Jeff realized that it often began when he was surfing sports websites. Often there would be advertising links that would lead him to view pornography. Lingerie ads on the internet and in newspapers were also sexual triggers for Jeff.

For Jeff, the most common non-sexual triggers were boredom, loneliness, stress, and being tired. While he was successful at his job, he no longer found it mentally stimulating or fulfilling. Being alone all day at home left him feeling lonely. Making sales wasn’t difficult for Jeff, so he found himself with a lot of free time during the day and he would easily get bored. Not having a fulfilling career was also stressful for Jeff. He was tired of the monotony. He longed for more excitement in his life.

Experiencing these negative emotions would lead Jeff to surf the internet. He would end up on sites that would be sexually triggering, and the combination of sexual and non-sexual triggers would lead him to view pornography. Jeff used the excitement of pornography to deal with the boredom and monotony of his career.

An Exercise to Identify Your Triggers

Once sexual and non-sexual triggers are identified, strategies can be developed to properly deal with those triggers. This can help you avoid acting out.

For example, Jeff began to look for new opportunities within his company to make his job more interesting and challenging. Instead of working from home, he began to go into the office more often to work so that he would be surrounded by other people.

On days when he did work from home he would make plans to have lunch with friends or colleagues. He also limited his internet use during the day and installed Covenant Eyes on his computer to monitor his internet use. Altogether, this helped him overcome his use of pornography.

When you learn what your sexual and non-sexual triggers are, it can be easy to develop strategies to prevent you from falling into pornography use. Remember, the pornography use is the symptom. Understanding triggers can help you uncover and effectively deal with the root causes of it. This can contribute to lasting sobriety.

10 comments on “Trigger Alert! What’s Yours?”