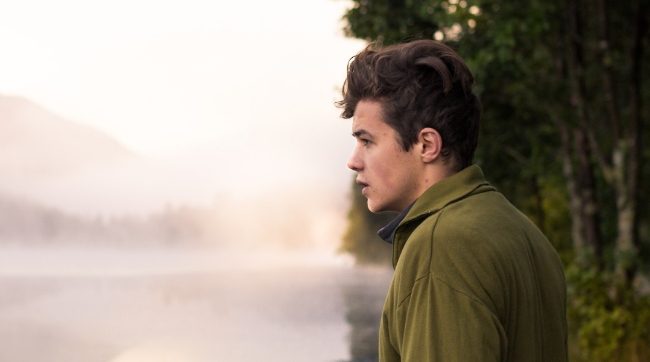 My name is Calum, and this is my story of overcoming pornography and lust.

A little less than nine years ago I was working on a slideshow for a project in choir. Innocently scrolling to find just the right photo for each part of the song, I stumbled across some images of very scantily clad women, which was something my 11-year-old eyes had never seen.

Brought up in a Christian home and even attending a Christian school through middle school, I knew in my heart what I saw that day was wrong because I knew I had to hide it from my parents. Despite knowing this, every time I did schoolwork from then on, I had an extra tab open that I would use to search for progressively less and less innocent images. In no time at all this was a daily habit, regardless of whether I had schoolwork or not. And already by 6th grade, I began living a double life.

My addiction got me into all sorts of trouble. With my parents, I was disciplined to no avail. Once I was grounded for an entire summer. With my siblings, I had multiple close calls where I almost crushed my relationship with them as they nearly walked in on my sin. With my friends, there were times when I chose numbing myself to a phone screen instead of spending time with them.

Some days I would be so late to work from staying up all night that I was nearly fired. My grades slipped at school, and I often chose pornography to cope with my stress rather than facing and accomplishing assignments.

I subconsciously objectified women without even knowing it. I clung to the short romantic relationships I did have so violently that it pushed them away. Looking back I was merely substituting where I was getting my “hit” from, and if I couldn’t get my “hit” from her, then she was no interest to me. Physical beauty became the only measuring stick for attraction. My love was hardly love at all, it was lust.

My Journey Toward Freedom

Around junior year of high school, a little while after my second failed relationship, I realized the deep mess I was in. I began taking steps to implement accountability in my life with a buddy of mine. Unfortunately our efforts were half-hearted. We relied on our own strength, and our addicted brains wanted to stay addicted.

A year passed with small victories, but no lasting change. By senior year I made the decision I wanted to be baptized because I assumed that the act of baptism would magically cure me. Long story short, it didn’t.

As Steven Furtick says, “I was so busy asking God to get me out that I missed the fact that God was trying to get in.” The harder I tried in my own strength, the more I condemned myself for my own failures.

So, I got to work. I made a list of standards I lived my life by, and I did push ups if I missed a standard. I journaled. I got Covenant Eyes. I invested in a recovery app. I went to anonymous meetings. I made phone calls. I made a YouTube channel documenting my journey. I did devotions. I told my parents, my friends, my mentors about my problem, and I tried so hard!

I built up one month and two month streaks and then would fail hard, spiraling into an abyss of pain and tears and hopelessness before finding new motivation. Since all that wasn’t working, I figured there must still be a missing piece.

As counterintuitive as it sounded, surrendering this addiction to Him was the only way out, for He was the only one bigger than all my problems and addictions who could bring lasting change.

So, I bagged all the habits and just gave it to God. Once again, I failed.

First I had good deeds, then I had faith, but I never put them together and one without the other proved fruitless. “So you see, faith by itself isn’t enough. Unless it produces good deeds, it is dead and useless.” (James 2:17)

Finally, we arrive in the present. I am far from perfect as I don’t believe anyone ever “arrives” on this half of eternity, but I am thousands of miles from where I started. My dark past doesn’t define me. I am more hopeful than I ever have been, and it’s all thanks to God.

Things That Helped Me Along the Way

Here’s some bullet-point wisdom that I hope can benefit others fighting their own battles:

Boiled down to the basics, beating this addiction requires three fundamentals:

Let’s Get Back to the Start

Nine years ago, the project I was working on when I first stumbled across this mess was a slideshow to go along with the song “Last Train Home” by FM Static. Nine years later I am stunned to realize how much the chorus speaks to this issue:

I’ve given up trying to fix myself by myself because that’s the exact reason I failed. I’m getting back “to the part when things weren’t like they are,” and rejoicing in every moment along the way.

To everyone reading this, you are a child of God, endowed with the seeds of greatness, a walking miracle. And don’t forget: keep your foot on the gas pedal and give God the wheel!