How to Explain Lust to Your Children 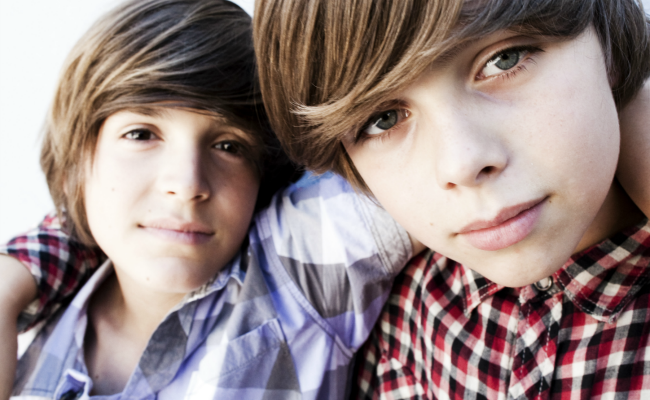 How do we teach our children to avoid pornography and damaging sexual situations, while teaching that sex is good and was created by God?

I have found it helps to remember that children’s first encounter with sexuality on a personal level is through feelings, not physical acts. God designed us to experience sexual interest, curiosity, and even excitement. Lust, on the other hand, occurs when those normal feelings get out of control. If we do not help our kids differentiate healthy feelings from lust, children typically develop feelings of shame around their own sexuality. This is the last thing we should want for our children.

Why We Need to Differentiate Between Lust and Normal Feelings

I confess I never really thought about teaching the difference between lust and normal sexual feelings until my son was 13 years old. I was having an accountability conversation with him and he suddenly looked down, a look of shame appeared on his face, and said, “I messed up this week.” Those are not words parents love to hear particularly when talking to your child about anything sexual. I braced myself to prepare for the worst. I asked him to explain, and this is what he said:

“I was in gym class, and this girl was wearing short shorts. I saw her and messed up.”

I was then quite confused. These are the things we were working on him avoiding, so in what way had he fallen short? Then it finally dawned on me what had most likely happened, and I felt like an idiot. We talked a while and my suspicions were confirmed: my son had felt sexual attraction and excitement and was sure he had done something wrong as a result. Sexual feelings were still pretty new to him, and he didn’t know the difference between normal feelings and lust. He thought he sinned against God.

How I Explained Lust to My Son

I thought fast, knowing I had to help him out, or he would be left thinking he was defective in some way. The following is what I ended up explaining to my son.

We are all designed by God to start feeling sexual attraction around the age of puberty. This means there will be times we feel strong sexual feelings when we see people of the opposite sex, particularly if they happen to be wearing few clothes, such as the girl he saw in the gym.

This is a good thing, not a bad thing, because if this never happened to us, we’d never get married and there would be no more children.

Those feelings can hit us like a ton of bricks, all at once, with no warning at all. This is a biological reaction of our bodies. We cannot control it, and we don’t need to worry about it.

If anything, when it begins to happen, it only indicates that everything is working correctly as God designed. It is also good to have people, parents in his case, we can talk about times we experience these feelings.

If we linger on these initial feelings, or keep looking at a very attractive person, we may then start wanting to imagine what they look like naked, or what it would be like to kiss them, or do something sexual with them.

This wanting to imagine those things is called temptation.

When we carry out our temptation through fantasy or looking at pornography, we have begun to lust. Lust is allowing ourself to focus on sexual thoughts and not trying to stop. Lust is harmful to us, and it is sin.

I got a scrap of paper and wrote it out for him to see more easily like this:

My son experienced a biological reaction to seeing a scantily clad girl his age. He thought he “messed up” because he thought those feelings in themselves were a sin. This is pretty common when children first experience feelings they never felt before.

The last thing I wanted him to feel was shame for being a normal young adult. This feeling he had, I explained, was good. Turning those feelings into a fantasy is not good, but to have them is normal. My son was very relieved.

How We Want Our Kids to Respond

Why is this important to teach our kids? Because if they believe they have sinned when they have merely had a normal bodily reaction, it is easy for them to give in to lust because they think they are already lusting. By teaching children that a sexual feeling is normal, shame can’t get ahold of them and drag them into fantasy or give them an excuse to use pornography.

What I wanted my son to do next time he experienced a similar feeling was tell himself, “Yep, everything is still working right. Good to know! Now, who can I go talk to so this doesn’t turn into a temptation?”

18 comments on “How to Explain Lust to Your Children”