For 20 years, I thought I was the only one: the only woman, especially a supposedly Christian woman, who harbored shameful sexual secrets.

I wonder if you can relate.

If so, you’re not alone.

The beginning of the end.

The great Western novelist Louis L’Amour opens Lonely on the Mountain with this line: “There will come a time when you believe everything is over. That will be the beginning.”

The words resonated in my core, because I was in a place of being too undone to go on living, and too afraid to die. I couldn’t imagine what possible beginning could arise, but the novel’s promise brought the tiniest flicker of hope.

In the winter of 1990, I experienced the “over” state in my life and marriage when I received the diagnosis of early-stage cervical cancer caused by HPV (human papillomavirus). I was in a long-term, entangled, very significant affair, the latest of many. Because of the cause-effect connection between sex, HPV, and cervical cancer, I knew that my secret life was about to be exposed.

At that point, I had no understanding of what had led to the double life, much less that there was a name for what ailed me—at least one beyond the medical judgment of “cervical cancer.” I had no idea my problems were far deeper and darker or that they had begun in my home. I was a pastor’s daughter.

My name is Marnie.

I am a grateful recovering sex and love addict. I didn’t want to accept that label, which I thought only described nasty old men who looked at pornography or paid for sex in some form. I couldn’t imagine that I—a sweet Southern pastor’s daughter with a college education and seemingly perfect life—could be a sex addict. UGH! And yet it is accurate, and today, I’m immensely grateful to understand the truth of my story and especially for God’s amazing redemption of it.

The roots of my addiction began with the death of my mother from cancer when I was three years old. My father was a beloved, charismatic pastor and Christian educator who was widely known in his conservative denomination. He was a loving, generous, and brilliant man who affected thousands for good. He was also a deeply troubled man, and I was influenced by his stashes of pornography beginning at age five and his unhealthy relationships with multiple men whom he brought into our family members’ lives.

As an unrecovered sex addict and workaholic, he had no idea how to be present with or nurture his children’s hearts or how to help them grieve the loss of their mother.

I was a terribly lonely little girl, but emotions were never identified or discussed in my home. When I was age five, a dear family friend—who was also one of my father’s inappropriate partners—stepped into my life to fill the parental void. He spent time with me, listened to me, comforted, and encouraged me. In many ways, his influence was positive and helpful.

He also, however, groomed me through pornography, nudity, and escalating sexual conversation and activity. We had intercourse (my only definition of “sex”) around my 16th birthday, and by that point, he was hugely significant and influential for me. He told me our connection was “love,” and I believed him for 25 years until I learned the truth. It never crossed my mind that I was a victim of sexual abuse.

For years, I lived a double life.

On the outside, I was an overachiever and a leader in the church youth group. But, with the influence of sexual abuse, along with poor supervision, I was an easy target for exploitation. Plenty of college guys eagerly struck the bargain of providing attention (“love”) in exchange for sex, and I was very willing to be sexual if they would just offer affirmation.

Starting as a teenager, I led a double life of perfection and promiscuity, shrouded by a weighted blanket of shame. I thought of myself as a “whore” and believed the lies typical of abandoned and traumatized children: “I am a horrible, terrible person and no one will love me as I am. If people knew the real me, they would leave me. No one will meet my needs.”

Sex or an intense relationship was my most important need (a belief fueled by the “sex equals love” message of abuse). As part of an appearance-driven, perfectionistic, rigidly disengaged family, I vowed I would never expose my secret self.

I thought that finding the right man would take care of my promiscuity problem, and I married as a 20-year-old college student. He was a good and kind guy, and I unrealistically expected him to remove my lifelong loneliness and shame, which I could neither name nor understand.

When I discovered he couldn’t do that—it’s no one else’s job to make you OK with yourself—I was disappointed and angry. A year into our marriage, I had an affair with one of his good friends. After a few years of multiple (unconfessed) affairs, we decided to end the marriage. It was an amicable parting, but the divorce was a huge blow in my family and church, where divorce was the unpardonable sin.

I experienced spiritual abuse as the church sent little gray-haired ladies to shame me into conviction that I was going to hell for getting a divorce, and my pastor-father said much the same. At that point, my attitude was, “God save me from the Christians!”,  and I left the church.

Within nine months I had met and married my current husband. David is a dear man—kind, generous, and servant-hearted. He was stable and settled, which was very appealing after all the chaos of my life. Our early marriage was healthy. I was completely faithful, and that choice wasn’t difficult at all. David and I did life together extremely well, and I thought this time for sure I had found the right person. I returned to the church and became very active again teaching and writing, and we soon had two children. I thought any problematic sexual behavior was behind me.

But in time, we experienced significant stresses, like the deaths of three family members in a year, and a major career change and move across the country. My father’s sexual addiction and sexual offending (for years he had been sexual with male college students under his authority as an administrator) became front-page news, and he had to resign in disgrace from his college and the large church he was pastoring.

This event triggered confusing memories and tremendous shame, and I wanted David to help manage my reaction. Because of his own wounds, he was incapable of fulfilling that desire and retreated into an impenetrable shell. Angry at the illuminated emotional distance in our marriage and at what I perceived as David’s refusal to connect with me, I sought solace with a male friend, and soon we were in an affair.

Over time, the pain became too much.

Once again, I found myself in multiple affairs and finally settled on an intense relationship with the man who was next door, with whom I had been involved for three years at the time of my cervical cancer diagnosis. By that point, although he was dear to me, I wanted to end the affair because it caused so much shame.

And I did end it—many, many times. I couldn’t stop my behavior, and when I did (briefly), I couldn’t stop starting again. For the first time, long before I entered the healing rooms of recovery, I realized, “My life is unmanageable.”

A year passed before I dared consider walking away from that affair partner, but finally the pain of remaining the same was greater than the pain of change.

One desperate, suicidal morning, I felt God’s prompting to do something we never did in my family: I asked for help. I called a dear friend and vomited out the truth about my affairs and the intention for the pills I held in my hand. Immediately, she came to sit with me in the kitchen floor, where I had remained motionless since we hung up, and she listened to my story. Instead of condemning me, she said earnestly with tears streaming down her face, “I’m so very sorry for your pain!”

I couldn’t believe that she wasn’t judging or condemning me! It was the first time I ever felt validated in my lifelong pain—and now pain of my own doing, at that. It was the beginning of healing for my addiction, my trauma, my view of myself, and my view of God.

With the help of a Christian counselor, who in the early 1990’s was one of only a couple of dozen people in the country who had trained with Dr. Patrick Carnes, the father of the treatment field for sexual addiction, I came to understand myself and my story. That process brought many puzzle pieces together and explained so much of my pain, shame, and sexual addiction, as I ultimately came to understand and name as my disease.

Today, I am free!

I had no idea how to navigate life without the coping mechanism of my addiction, and I spent an extremely difficult year trying to get sober and stay sober, because I refused to let anyone into my life except for my counselor. I thought I could conquer my sexual addiction alone, and I failed miserably. No one can recover alone!

Finally, I went to a Twelve Step group for sex and love addicts and experienced acceptance and support. I found that the antidote to the intimacy disorder that defines sexual addiction is healthy, intimate relationships. I built those relationships in the group, first with other women and eventually with my husband and other safe men.

It’s been quite the journey between 1990 and now. I wouldn’t have chosen it, but I’m certain that this journey chose me. Daily, the work I’m privileged to do through Bethesda Workshops, a Christ-centered clinical treatment program for people affected by sexual addiction, redeems my pain.

At the point I thought everything was over, I was sure God was through with me. Instead, I received a new beginning.

If you relate to my story, please know that you are NOT alone! God longs to redeem your pain, too. He is faithful to provide a way out through informed clinical help, support groups, and behavioral interventions. Start today by sharing honestly with a safe person. Ask for help, take advantage of resources like those available through Covenant Eyes or Bethesda Workshops, and see how deeply God loves and pursues you even in the midst of your addiction. There is hope, help, and healing—yes, for you, too! 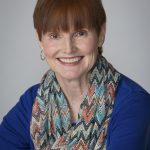 Marnie Ferree is the founder and director of Bethesda workshops, a Christian-based intensive program for people affected by sexual addiction. She is a pioneer in treating female sex addicts and is the author of No Stones: Women Redeemed from Sexual Addiction among other books. 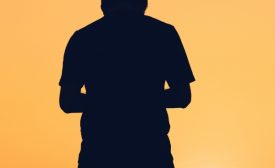