My name is Eric Doerneman, and I’m a Dragon Rider.

I was exposed to pornography at an early age.

Growing up at home, we had the internet with no filters. On top of that, my parents knew that I was a good kid—that I’d never do that stuff. They never entertained that possibility. So, it was easy to hide.

Pornography held my soul captive for over a decade. It promised everything I felt I ever wanted, but always left me empty in its wake. Over time, it taught me that I was dirty, broken, and above all else, that I was rotten. To my core.

Theodore Roosevelt had me hooked the very first time I heard his timeless address about the “Man in the Arena.” A fighter. I was this Man in the Arena. No one knew my struggle. My face was marred by dust and sweat and blood. I strived valiantly and knew what coming up short looked like. I was devoted to the worthy cause of battling my addiction. My inner dragon. When I failed my battles, at least I failed while daring greatly. I knew victory and defeat.

I felt known. I felt seen in those words.

Every resource out there reinforced this fighter identity I clung to. I learned numerous tools and picked up countless lessons, tactics, and tricks. I devoted myself to slaying this beast I was cursed with.

That man is not who I am anymore.

The thing about addiction is you rack up defeat, after defeat, after gut-wrenching defeat. Every victory is tainted by the looming pressure of needing to extend your streak just another day! Just one more day, please. I was fully entangled in measuring how long my shackles were. Freedom was something I lost a sense for over time.

So, I kept my eyes open for anything that spoke to this deep thing inside me. Then this one afternoon I met this shining light beam of a person—well, re-met! It was my sister. We had gone separate ways off to college and we were both visiting home. I saw my sister, but there was something different about her. Beautiful. Something glowing from inside her. She was zestful for her life. I could see that she had an appreciation and love for herself. So naturally, I pulled her aside when I got the chance and said, “Hey, who are you and what did you do with my sister?”

She smiled and we talked for quite some time. She shared with me how she had her own set of sexual related struggles. How she was steeped in shame. How she felt empty and unseen. And how she met Jesus.

That last one threw me for a loop.

Because her and I knew Jesus. We went to Catholic school our whole lives. But as she kept talking, I realized that I didn’t truly know Jesus. I was not personally friends with Him. He was just a guy I apologized to for acting out and kept asking for help when my dragon would show up and tempt me.

Freedom only came in knowing Christ.

From that day on my sister made me question everything I knew about my faith. Her passion was showing. She was on fire with her whole being. It’s the most beautiful thing when someone begins living out who they are supposed to be. And as she just kept living her true self, I noticed other people were naturally gravitating towards her as well. They saw it too.

This is what I came to learn over the past several years since that day my sister showed me how truly amazing Jesus is—a Spiritual Grand Master Assassin.

Related: The Apostle Paul: His Secret to Fighting Sexual Sin

He climbed upon that tree of death and descended into hell. For me. What I missed the whole time is that my journey was intended to be much more personal.

I needed to allow Jesus to descend into the darkest places in my heart. So that he could show me how bright his love truly shines. Show me that I am not defined by my actions. That there’s something deeper which lies underneath all that I do which his gaze is eternally set upon. That my actions are defined by me.

So I stood there, a defeated fighter in front of a relentless dragon. I set down my sword and filled my lungs with air. I looked at my dragon right in the eyes. I saw through all the layers our battles had tacked on. I saw something raw and beautiful. I saw my 10-year-old self looking right back at me.

There are beautiful, powerful forces within each one of us. These passions lie in the deepest center of who we are. Unguided, these desires roam free and become twisted by the world. For the longest time, I tried to rip out, delete, and slay my greatest asset. My fiery passion. My dragon.

I quit the role of fighter because I finally saw that I was killing myself. That I was only ever making my internal void larger. I finally saw my dragon as an integral, eternal part of me. So I began talking to it. Listening to it. Learning from it. And teaching it. All with the merciful help of my Father, his Son, and Spirit.

I am a sinner with a great Savior.

Over these past two years, I have earned back my own respect. Something I thought was long gone. Love taught me that though I am a sinner, I am not hopeless. Hope grabbed me and never let go. The target of my worthy cause moved on and I began searching.

For the longest time I was striving for detachment and freedom from my dragon. But now, I was on the hunt to understand it. To understand me. Who was I in the grand scheme of things?

So that’s where I’m at now, and I would be lying if I said I’d be here without Covenant Eyes. It didn’t fix me, but it gave me the space I never knew I needed—the space to breathe and see that there was more to me than I ever thought. When it was just me and the unfiltered world in my pocket, I couldn’t see anything else. I drowned in temptation. I couldn’t focus. It was the good hearts and efforts behind Covenant Eyes that gave me enough space to start asking the questions that changed me forever.

Satan tried his best; his game truly was grand. There were many, many layers.

I was caught up in the battle of doing battle. Thinking I was right for trying to slay my gift of fire.

But in the end, even a fallen angel can’t escape his creator.

Death was defeated on the cross.

I love my life. Jesus is my best friend. The ultimate ALLY.

Pornography did change my life forever.

My name is Eric Doerneman, and I’m a Dragon Rider. 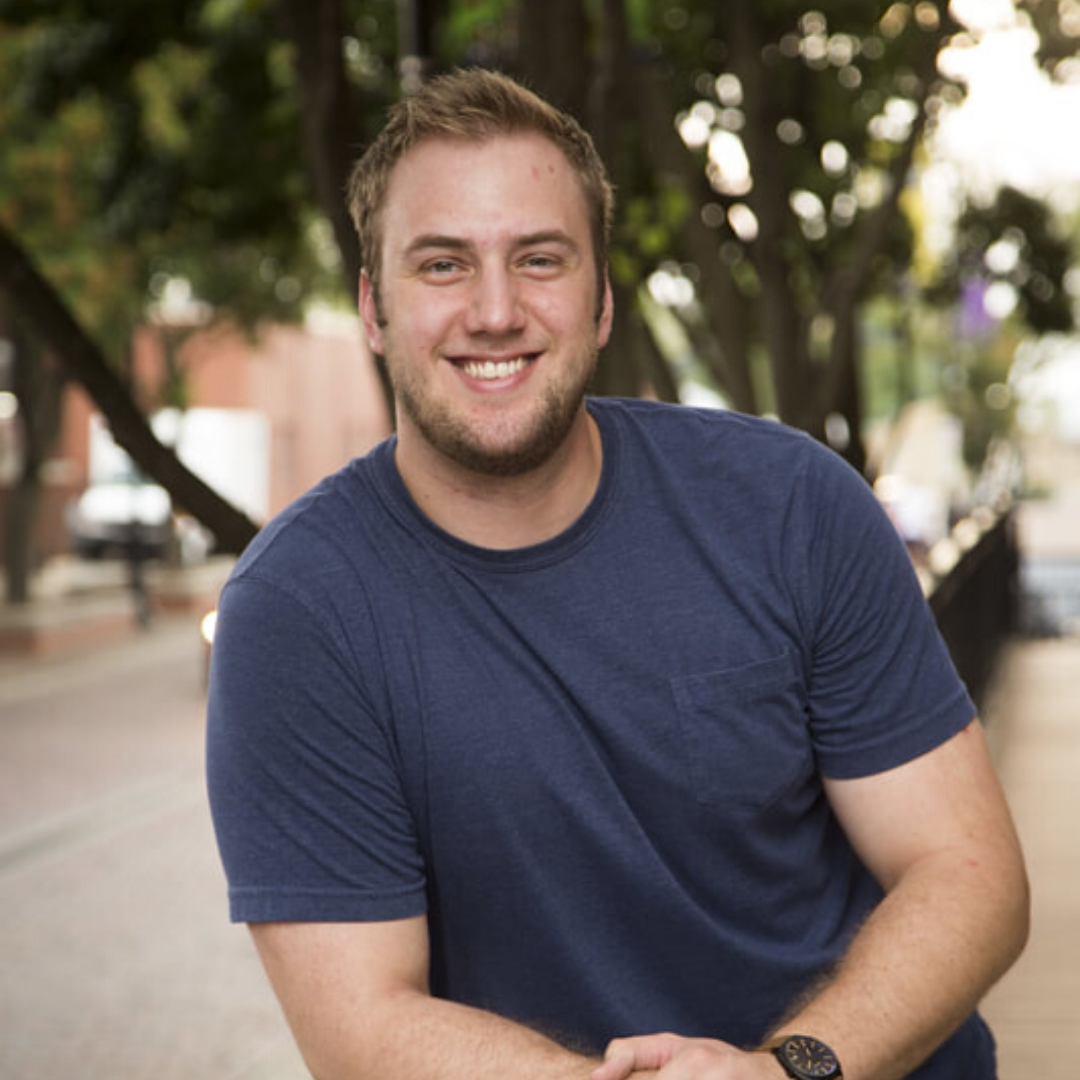 Eric Doerneman has combined his problem solving engineering background with his faith. He is a self-proclaimed engineer of love! His passion is preaching the power of true love through the topic of pornography. He believes there is more to life than counting days and that there is a fire in each and every soul, waiting to be discovered.