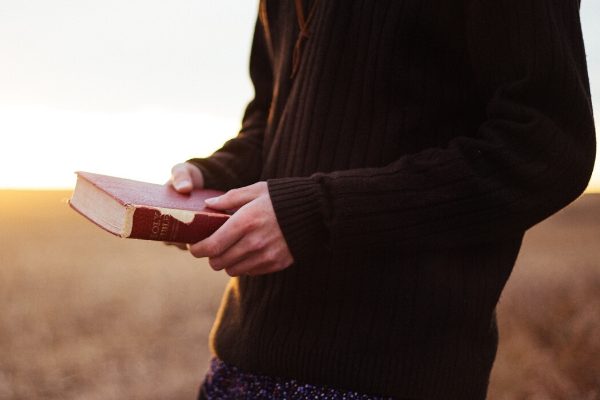 Moriah Bowman is the Marketing Coordinator for Covenant Eyes. She manages the company's blog and works to publish quality content from both regular and guest authors. She has used Covenant Eyes since childhood and is passionate about writing and fighting pornography in the millennial generation.

Ten years into ministry and marriage (both seemingly going great), Nick was a 31-year-old senior pastor of a large church. Then, one day, his wife came to him and said that she wanted to separate. She told Nick, “I don’t hate you, but I hate how this makes me feel. I don’t know if this can change, and so I don’t know if I can stay.”

A Need for Recovery

It was then that Nick realized his need for recovery. Without a heart change, he would lose his wife, his family, and maybe even his church. So, he signed up for a 12 month counseling program through Pure Desire, a ministry that uses small group resources to help people of all ages recover from sexual addiction. Nick joined one of these small groups and met other people on a similar journey to his. He watched other men struggle with addiction—but also overcome their addiction. Transformation in Nick’s own life was nearly immediate, and he gave up pornography for good.

Nick told his church about his addiction from the pulpit on a Sunday morning. He preached openly about his addiction, confessed to the congregation, and talked about his journey to freedom. He also asked for the church’s forgiveness and shared his desire and need for help to start similar programs for other men and women struggling in the church. He says, “If churches and pastors had support, they could survive. The support from my church was the reason why I knew I could confess and keep my job.”

Following his pulpit confession, Nick actively sought out change in his church. Small groups were started for those struggling with sexual purity, integrity, and addictions. Nick said that helping his congregation deal with sexual brokenness was the best training his church ever did. Everyone going into leadership came out of these groups. Removing secrecy in their life changed people. And, it grew their reputation as a church.

A Word of Advice for Pastors

“Sexual discipleship is the real work of the church,” Nick continues. “We can do everything else (Bible, pray, etc.), but if we go over their head with this, we will fail as a church.”

So many churches keep their sexual counseling groups under the radar. It needs to be talked about openly and all the time. It cannot be taboo. Nick says, “If they’re proactively holding that door open and saying we’re here to help you, that makes a huge difference.”

Many times, the church treats pornography as a belief problem. In the best way that these believers know how, they love God, believe in Jesus, pray, and lay down their lives. But, this isn’t always enough to cause their behavior to change. Pornography affects the neurochemistry of our brains. Belief in God alone cannot immediately reverse an addiction.

2. Provide an environment for your leaders and congregation where honest confession is encouraged and support groups thrive.

3. Encourage the young people in your church to put aside their shame and understand the beauty of purity and God’s design for sexuality.

Be a “Pornography Pastor,” and change the mindset of your church for the better.