I am a mom of four beautiful children. They each have their positive and negative traits. Each has made me laugh and feel pride at their accomplishments, and each has disappointed me and fallen short of my expectations. When I found out my third child, a son, had been watching pornography behind my back for years, I felt sick and spent several days trying to comprehend the enormity of the situation. I was in denial, partially because he was my “good” son.

Of all of my children, he was the one who had never lied to me. He is very expressive, stating most thoughts that pop into his mind. He began talking at an early age and never stopped. He talks incessantly at times. He asks questions and probes deeper into controversial issues. He communicates well and shares his thoughts with me. We are close. 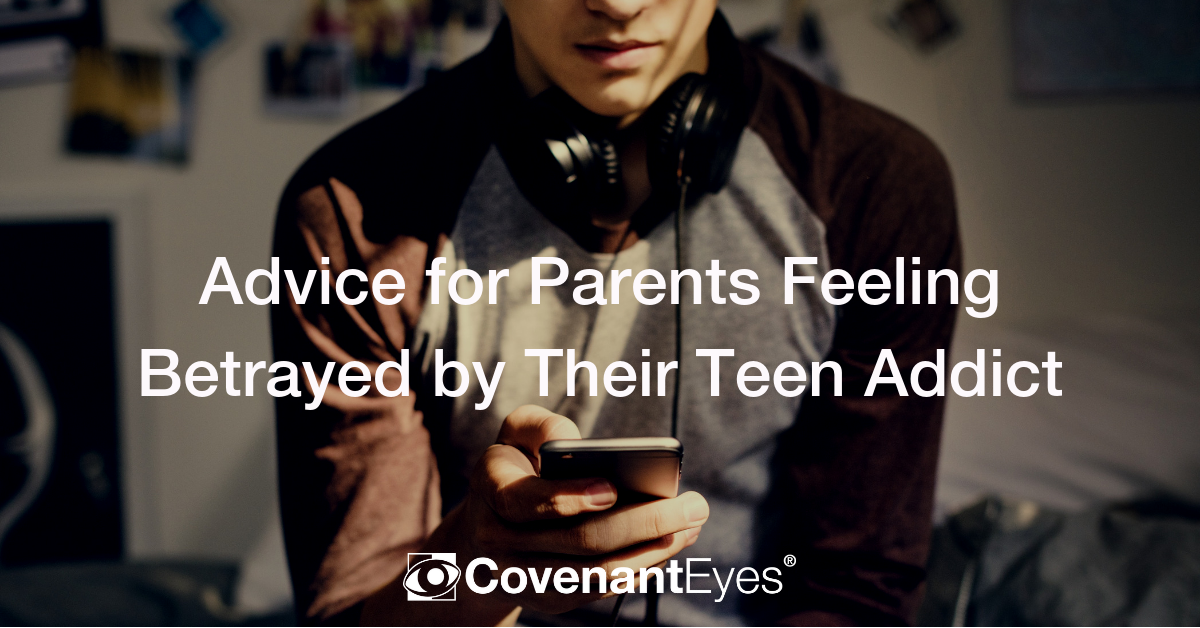 From Trust to Betrayal

At the time I learned of my teenage son’s relationship with pornography, I trusted him fully. I was under the impression that I always knew what was going on in his world. We had a great relationship. So his confession felt like a deep betrayal. I was stunned that he had been watching pornography. But I was flabbergasted that he had lied to me and deceived me. I know it’s irrational, but I felt like a sucker—like I’d been played.

It’s difficult to recover from betrayal. It ruins relationships. Had it been a friend that had toyed with my heart in this manner, I would have had the option of walking away. I could have turned my back and never looked back. But this was my son, my offspring, the one entrusted to me by our Creator. Turning my back physically or emotionally was not—is not—an option.

From Betrayal to Trust

But while I couldn’t opt out of the relationship, I could not trust him either. I could not assume that each word he uttered was pure and believable.

However, there was One I could trust. So I turned to God for comfort and healing. Through much prayer and time spent in the Word, I slowly began to see that my son’s betrayal was not personal. He did not set out to deceive me. His ultimate goal was not to hurt his parents. We were only innocent bystanders feeling the fallout of his behavior. This insight helped me forgive him and his behavior toward us. Therefore, I could help him better. As he progressed on his journey toward freedom from his pornography addiction, communicating his struggles along the way, our relationship improved.

I can’t say it doesn’t still hurt periodically or that I trust him 100% of the time. However, we have made significant progress, and I believe him more often than not. He is improving daily and our relationship is strong again.

Teens: Remember your parents feel betrayed and it’s hard for them to trust you again. It may take time and reassurance on your part. Be patient when they question your actions and motives time and again. Be willing to answer them time and again. Have discussions with them. Disclose your true thoughts and feelings. Be real.

Parents: Remember your teen’s betrayal is not personal. He/she is in a battle, and you are not the enemy even though it feels like it. Trust God and lean into Him for healing. Listen to your child. Try to see things from his/her perspective. Be willing to set aside your hurts when interacting with your child in order to love him/her best.