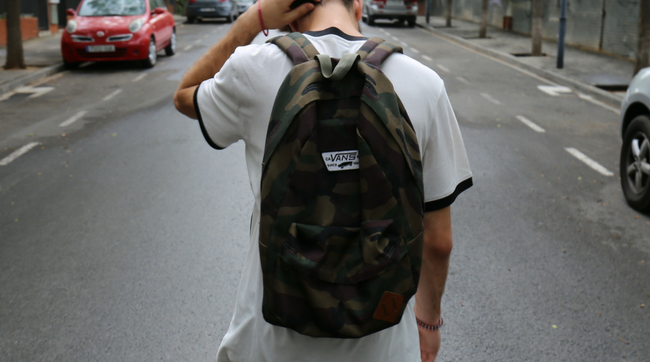 When I was a teenager (back when dinosaurs roamed, according to my children), adults seemed to think teenagers were temporarily broken. One famous comedian at the time had a bit about how all teenagers have brain damage. We all probably have stories about things we did as teenagers which we now look back on and say, “What was I thinking?”

This tendency for teenagers to do things impulsively does not bode well for modern teens trying to resist the allure of pornography. Being impulsive, while trying to avoid the dangers of pornography, don’t go well together.

Research on the Teenage Brain

Research has been done more recently to uncover what actually goes on in a teenager’s head. To boil it down, around age 10, rapid growth starts in the limbic system, which among other things creates a very strong attraction to novelty, risk, reward, and pleasure.¹ Within five years the limbic system is fully developed and at full strength.

The pre-frontal cortex also starts developing at age 10.² This part of the brain is used in forethought, regulating emotions, and decision making. Unfortunately, the pre-frontal cortex develops slowly and is not fully formed until around age 25. By age 15, children have the greatest disparity between their desire to seek novelty, risk, and reward and their ability to foresee consequences, regulate feelings and make careful decisions.

On top of all this, their hormone levels go through the roof, creating a sex drive they have never had to deal with before. As if that wasn’t enough, their bodies grow the most physically during this time too, which puts a huge drain on energy available to power what little ability to make good decisions they have left.

Teenagers are left in this state to try to resist pornography which feels risky, is very novel, and gives a strong reward in the form of pleasure. Anyone see a problem here?

Before we fall into despair, remember that God, the creator of teenagers, does not do anything on accident. In other words, there must be a reason for this otherwise apparently dysfunctional stage of mental ability.

This temporary state of limbic system overdrive reduces a teenager’s ability to control emotions, including all the positive emotions such as compassion, empathy, and love. That means teenagers can have higher levels of these positive emotions than younger and older humans. This makes teenagers uniquely capable of extreme compassion for others. Teenagers are the most impulsive of all ages, making them much more likely to give in to the desire to help others no matter what it costs them. Teenagers are perhaps the most willing to take the greatest risk to be vulnerable, talk about scary things, and relate to the opposite sex. Teenage brains are not good at thinking ahead to consider negative consequences of giving fully of themselves to help someone else.

This means teenagers can be some of our most effective ministers to others…if we empower them to do so. Teenagers are quite possibly the most vulnerable to the allure of pornography, but they are also the most ready to be open and talk with others about pornography and how to escape it. Yes, they need our guidance. Their compassion for others can be fleeting, but if we can catch them in such a state, they have enormous capacity for good if we enable them to pursue it. They are like missiles, flying off at a thousand miles an hour, but without fins or wings to direct them. Parents are not here to put out the flame that drives them but give them gentle nudges in the right direction.

A Season of Courage

As a teenager, I had a terrible problem with pornography, which I felt immense shame about. On the other hand, I wanted my friends to come to know God, because God was the only thing in my life that gave me a sense of hope. I was quite shy in high school, but somehow found myself inviting all my friends, and even kids I barely knew, to come to church with me. I recall wondering where I got the courage to do this as it was so unlike me. Something within me simply overcame my fear.

I understand now that my apparent courage came from how God had created my mind to work during those years. In my mid and late twenties, I was no longer shy but found myself afraid to ask people to visit church with me and rarely talked about God with anyone outside my church. I am no longer shy and I am not as reluctant to share God with others, but I still can’t make myself as bold as I was as a shy high school kid.

5 Ways We Can Empower Our Teens

1. Teach your children what is about to happen to their brains when they are young. It isn’t fair not to warn them if we know. But we should teach the positive side of those temporary changes, not leave them feeling like they will be cursed for the next ten years.

2. Encourage the potential for good your teenagers have. Ask them what they are passionate about. Ask them how we can support them in pursuing those things. Give them a voice and help them feel empowered to actually follow up on their passions. Don’t do it for them, as parents tend to do these days. Let our children try on their own with minimal assistance from us. Pornography becomes less attractive when there is something exciting and positive to pursue instead.

3. Be prepared for your children to change their minds… a lot. That is okay. What they are passionate about today may not last. That doesn’t matter. This includes worrying about their interest in pornography. There will be times when they feel strongly drawn to pornography, but remember this is simply a side effect that is happening as they grow. If we are involved and helping them, this does not have to be a permanent condition.

4. Share your story. Tell your kids the things you were passionate about at their age and whether you did anything about it. What are your regrets about not pursuing your passions? Admit your history with pornography at their age and what you learned from your experience. Be transparent. Your teenager is at a time when they are most ready to be transparent, if you will show them it is safe to do so.

5. Above all, remind yourself and your teen that the teenage brain is good. God created this temporary mental state on purpose in order for teens to do unusually good things for others. Yes, teenagers will do what appear to be “stupid things” now and then, and consequences can help them learn. But we should try to put our greatest focus on helping our teens take advantage of what God is taking them through. They’ve only got ten to fifteen years before “reason” takes over and their boldness fades.

One comment on “Understanding the Teenage Brain: Different, Not Broken”

Reclaiming Your Family Trips from Technology