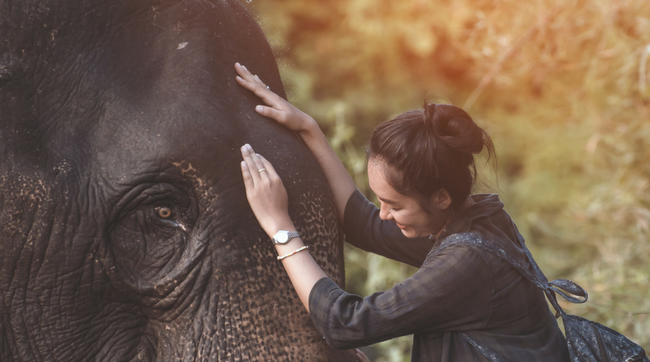 A simple exercise will demonstrate why this works. Take a moment to look at this picture of an elephant. Study its features for a minute or two, until you can close your eyes and envision it.

Now take out your phone and set a timer for two minutes. In these two minutes, I want you to do one thing: don’t think about the elephant. 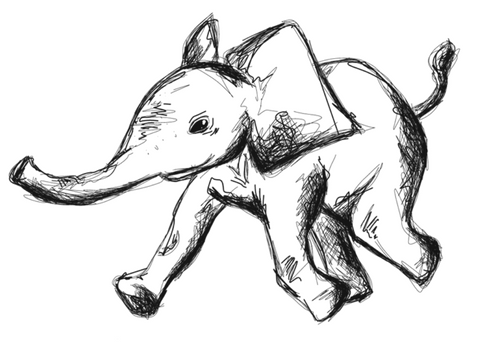 Don’t think about it.

Don’t think about its long trunk, its tusks, its ears, its saggy skin.

Don’t ask yourself whether it lives in a zoo, or if it has any family.

Don’t think about the elephant.

For two whole minutes, don’t think about the elephant.

Chances are good, if you had trouble not thinking about the elephant, it’s because you were fixating on the task. Maybe you even repeated the phrase “Don’t think about the elephant” to yourself multiple times.

But if you were successful, it’s probably because you didn’t think about the task much at all. Maybe you were thinking about your dinner plans, or a movie you recently saw. Maybe you even started out thinking about the elephant, but then allowed your train of thought to wander to other zoo animals.

Finding Freedom by Changing Our Focus

This was confirmed in research conducted by social psychologist Daniel Wegner in the 1980s. He asked one group of participants not to think of a white bear for five minutes, and ring a bell if they did, then to think about white bears for another five minutes, again ringing the bell when they thought about it. He then compared the results to a group of participants who were only asked to think about the white bear. Lea Wineman explains,

“At that point, the participants thought of a white bear even more often than a different group of participants, who had been told from the beginning to think of white bears. The results suggested that suppressing the thought for the first five minutes caused it to “rebound” even more prominently into the participants’ minds later.”

So where does this leave us?

Rather than simply not thinking about pornography anymore, the better option is to think about something else instead.

The emphasis there is “think about something else.” Aristotle once postulated that “Nature abhors a vacuum.” It’s true of human nature as well. It’s not possible to simply think of nothing, and if we’re not proactive about choosing what to think about instead, we may actually wind up thinking about worse things.

“When the unclean spirit has gone out of a person, it passes through waterless places seeking rest, but finds none. Then it says, ‘I will return to my house from which I came.’ And when it comes, it finds the house empty, swept, and put in order. Then it goes and brings with it seven other spirits more evil than itself, and they enter and dwell there, and the last state of that person is worse than the first. So also will it be with this evil generation.”

Jesus’ focus is on the evil spirit… but what’s the man’s role in all of this? Notice that the house is empty when the spirit returns to it. It’s as if the man kicked a terrible roommate out of his apartment, but he never took the roommate’s name off the lease or changed the locks. He never filled the emptied room. And the man went on a business trip and didn’t leave a house sitter, and when he came home the roommate had returned and had added seven of his freeloading friends to the lease.

The article was excerpted from our book Hobbies and Habits. Download the free ebook now!