What Your Sexual Fantasies (Might) Say About You | Part 2 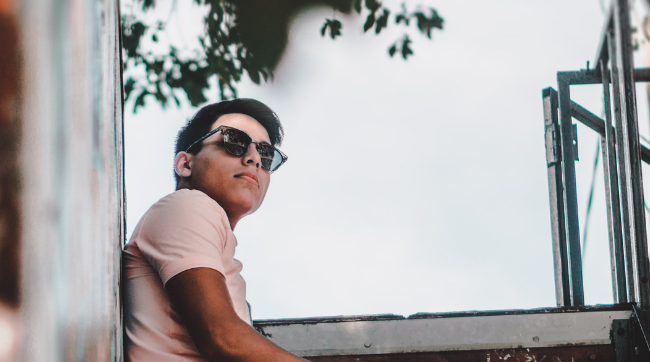 A licensed mental health counselor and ordained minister, Jay Stringer has spent the last decade working on the frontlines of the demand for pornography and sexual exploitation. Stringer holds an MDiv and Master in Counseling Psychology from the Seattle School of Theology and Psychology and received post-graduate training under Dr. Patrick Carnes and Dr. Dan Allender. Jay's first book, Unwanted: How Sexual Brokenness Reveals Our Way to Healing, will be released in the fall of 2018. His book includes original research on over 3,600 men and women struggling with pornography. Visit Jay's website to download a free chapter. Follow Jay on Twitter: @_jaystringer

The evangelical community’s preoccupation with combatting lust has over-simplified and trivialized a far more complex issue within human sexuality. We exert tremendous effort attempting to stop our sexual fantasies, but neglect the critical task of understanding what these fantasies might be communicating. Efforts to eliminate lust set us up to manage our sexual life with a tourniquet. We end up spending the best years of our life battling the flow of lust, darting our eyes away from attractive people, and taking drastic measures to stay accountable. I think we can all agree this is not what God had in mind for desire, sex, and community.

Our inability to “succeed” in purity only compounds our pain. In our pain, we default to the same, ineffective treatment plan. We spend time in prayer, pursue accountability, occasionally hide, and hope that God might change us. The complexity is that these well-intended efforts fail to engage the underlying issues that drive our sexual lust and anger. A much better approach might begin by asking God to help us understand our lust.

This year I completed research on the key drivers of unwanted sexual behavior, be that pornography, an affair, buying sex and the like. Over 3,600 men and women participated in the study. What I can tell you is that sexual struggles are not random or capricious. They develop in the formative emotional and sexual soil of your childhood and flourish in the unaddressed dynamics of your present life.

In my first blog on sexual fantasies, I addressed sexual fantasies where men had power over women. I received many requests to take a closer look at the other most common sexual fantasy of males–being pursued by an older or more powerful woman, and that’s what this follow-up article speaks to.

Your Sexual Fantasies Are Not Random

Jeff was in his late 20’s when he began experiencing a season of painful depression. The majority of his friends were married and Jeff’s career had seemingly plateaued at his company. He had no idea what to do next. In his paralysis, Jeff found himself caring less about the things he once worked so hard to maintain–integrity, a healthy lifestyle, and ambition. In a moment of distress, he e-mailed a mentor from college asking if they had a referral to see a therapist for depression.

When I met Jeff, his pain was palpable. He stared out the window and looked long into the gray Seattle horizon. What he eventually disclosed was that he picked me as a therapist because of my focus on unwanted sexual behavior. Jeff did not believe he was a sex addict, but did believe that pornography was playing a role in his life that he did not want. Additionally, his pornography use led him to believe that he was unwanted.

There is a glut of information out there that tells us Jeff’s struggle with pornography is a common problem in our society. But this data tells us little about the ‘why’ behind our collective drive for pornography. My research found that the type of pornography and sexual behavior you pursue can be predicted by the major themes and significant relationships that have marked your life.

I responded by saying that each of us have an arousal cocktail. This is a mixture of thoughts, images, stories, and fantasies that influence the pornographic content we find arousing. When we find ourselves depressed, angry, bored, or lonely, we will often seek out a particular type of pornography apropos to our situation. If we want to outgrow our need for pornography, we need to gain a sense of what it symbolizes for us.

My research showed that the majority of men pursued sexual fantasies where they had power over women. This often involved men seeking out women who were younger, had a smaller body type, and had a particular race that suggested (to them) subservience. The other primary category for men however dealt with men who wanted the woman in the pornography to have the power (or at least for it to appear that way). These men fantasized about older women, attractive mother figures, and women in positions of authority over them (boss, teacher, etc.).

Jeff disclosed to me that his primary pornography searches tend to be for attractive mother figures. The videos that appeal to him the most involve a plot where a friend’s mom or a teacher single out a male student or young adult. The mother or authority figure sees the man’s charm, or need or sadness, and eventually seduces him to sex.

After Jeff disclosed this, he remembered a movie he saw in college about an older woman who cares for a teenager in a state of distress. When the adolescent is nursed back to health, the woman seduces him. As a college student, he attempted to find the specific sex scenes from this film on the Internet and he pursued pornography portraying similar themes. Jeff thought for a moment and said, “This is really interesting. I definitely seek out a lot of variety in porn, but the main theme is definitely about wanting to be pursued, cared for, and eventually seduced by an older woman.”

Jeff was in 5th grade, when his parents began going on dates once or twice a month. His babysitter was a 16-year-old family friend named Christina. A typical evening entailed Christina cooking dinner for Jeff and his two little sisters and then getting the girls down to sleep. When Christina came back downstairs, she would take out a game like Uno for her and Jeff to play. At first, Jeff felt tremendously shy around her, but the more games and laughter they shared, the more he grew to love their time together.

Jeff remembered coming home from a rough day of school where he was made fun of for wearing “whitey tighties” instead of “boxers” like the other cool classmates. Although he felt shame, he also found himself anticipating time with Christina later that night. He fantasized about her laughing with him and how she would often tap his leg with delight when he would win a game or say something silly. He learned in that moment that fantasy could reduce pain.

One Friday night in early December, Christina proposed a new idea. She would take off her shirt and let him touch her body if he won the game. Jeff’s body shook with anticipation and fear. Christina read him well and said, “Don’t worry, I’ll guide you. It’s going to be fun.”

Jeff’s sexual abuse continued until Christina got a job the following spring at a store that required her to work weekend evenings. Jeff felt so ambivalent about his relationship to his babysitter. He loved Christina’s attention, her touch, her high school status, but he also felt so abandoned and used when she left her babysitting post.

As you may have noticed, Jeff’s formative childhood experiences of sex had to do with being emotionally pursued, aroused, and eventually abandoned by someone six years older than him. The question then must be asked–how could he expect his sexual struggles as an adult to not be reflective of this story? His pornography use was an attempt to find a familiar sexual story, but also to be in control of how it played out. In this way, unwanted sexual behavior does more than expose your sin, it reveals the portions of your life that are unaddressed and therefore unresolved.

My research showed that men who fantasized about mother figures, larger body types, and women who appeared to be in a position of power had three key drivers:

Once you dive deeper into the ‘why’ of your sexual fantasies, you quickly enter the stories that await your engagement. Sexual brokenness, if you listen to it, will reveal your way to healing.

Listen to Your Lust

My hope is that as you read this post, scenes were coming to mind. I am not asking you to draw hard and fast conclusions between your formative sexual experiences and your present day sexual brokenness. Instead, the point is to reconsider stories you may have long ago dismissed as irrelevant to your struggle with pornography.

The irony of unwanted sexual fantasy is that it will be the most honest portion of your life until you begin to address your past wounds and the difficulties of your present life. Apart from sheer willpower and militant surveillance, Jeff would not be able to stop using pornography until two core issues of his life were confronted.

Sexual fantasies are messengers. You may not like the news they bring, but they will knock on the door of your life until you listen to what they need to tell you. In my experience, talking to your accountability partner or therapist about the possible meaning within your sexual fantasies will take you further into transformation than a hundred nights of prayerful despair.

Sexual Brokenness Is the Stage of Redemption

A few questions to consider: 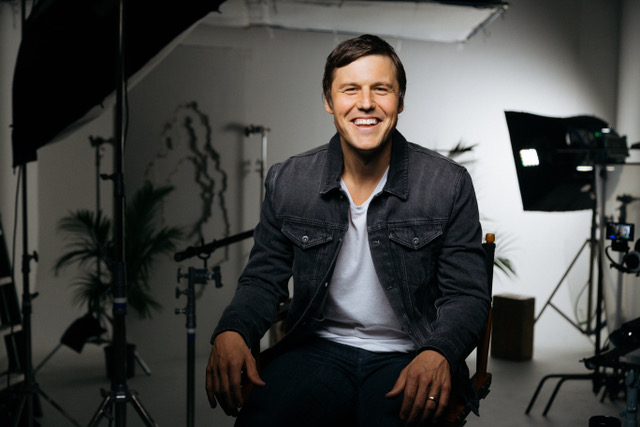