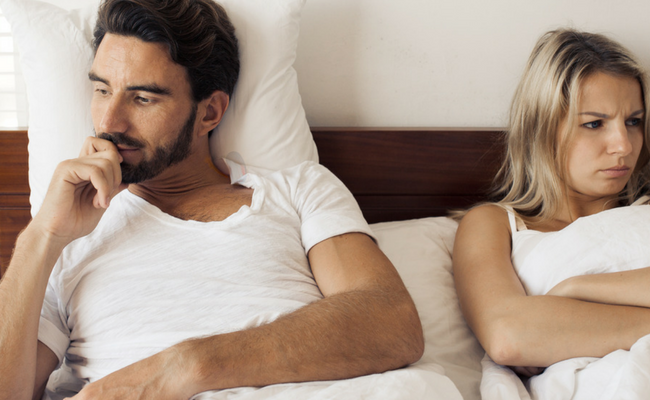 During the Annual Scientific Meeting of the American Urological Association (AUA) on Friday, May 12, 2017, results from a recent survey were presented that showed correlation between male pornography consumption and sexual dysfunction.

Joseph Alukal, MD, AUA spokesperson and associate professor of urology and obstetrics/gynecology moderated a press release for survey results. According to the AUA website,

The typical media for viewing pornography was the internet (72.3%) and smart phone (62.3%). The male survey also reported the weekly frequency of pornography use:

The use of pornography while also experiencing erectile dysfunction could simply be seen as correlated actions but not necessarily actions that show causation.

But, what do scientific studies show?

In 2016, in Behavioral Sciences, an eight-member research team published the article, “Is Internet Pornography Causing Sexual Dysfunctions? A Review with Clinical Reports.” The abstract states: “Traditional factors that once explained men’s sexual difficulties appear insufficient to account for the sharp rise in erectile dysfunction, delayed ejaculation, decreased sexual satisfaction, and diminished libido during partnered sex in men under 40.”

Their peer-reviewed work gathered the results of studies performed globally by counselors, urologists, psychologists, and sociologists. Some of the information scrutinized in the review included analysis of the following studies:

Over time, these men experienced a loss of libido, impotence, and a notion of sex that is totally divorced from real-life relations.

The top sexologists in Europe published a paper in 2016 whereby the current President of the European Federation of Sexology shared his clinical experience with 35 men who developed erectile dysfunction and/or anorgasmia, and his therapeutic approaches to help them.

A Response to PIED Naysayers

According to Gary Wilson, the problem with that statement is it doesn’t address the rest of the facts, such as:

Nicole Prause and Jim Pfaus issued a manuscript in 2015 titled, “Viewing Sexual Stimuli Associated with Greater Sexual Responsiveness, Not Erectile Dysfunction,” where they attempted to show that pornography use actually increases male sexual responsiveness. A complete explanation of the critiques written in response to the manuscript can be found at YourBrainOnPorn.com.

If you skim through the comments and forums hosted on Gary Wilson’s website, NoFap, or Reboot Nation, what you find is page after page of stories from men who are down, depressed, struggling, broken, confused, and wondering, “What’s wrong with my body? Why can’t I have sex with real women?”

Summary of the PIED Experiment

That’s an experiment with unequivocal results. This is empirical evidence.

Naysayers suggest the need for “peer-reviewed studies” to confirm the existence of porn-related ED before we can say it exists. YourBrainOnPorn.com is accumulating those.

However, according to Mr. Wilson,

In other words, it may be that the only possible experiment is well under way–with thousands of results now reported.

Most guys who follow certain steps regain their ability to maintain an erection during partnered sex. Those who are most successful not only STOP a few habits, but they also ADD a few new habits as part of the rewiring process.

Are you ready to begin your recovery from PIED? Check out our email challenge called RecoverED. It can give you the encouragement and direction you need on your PIED recovery journey. It’s practical and it’s for anyone.