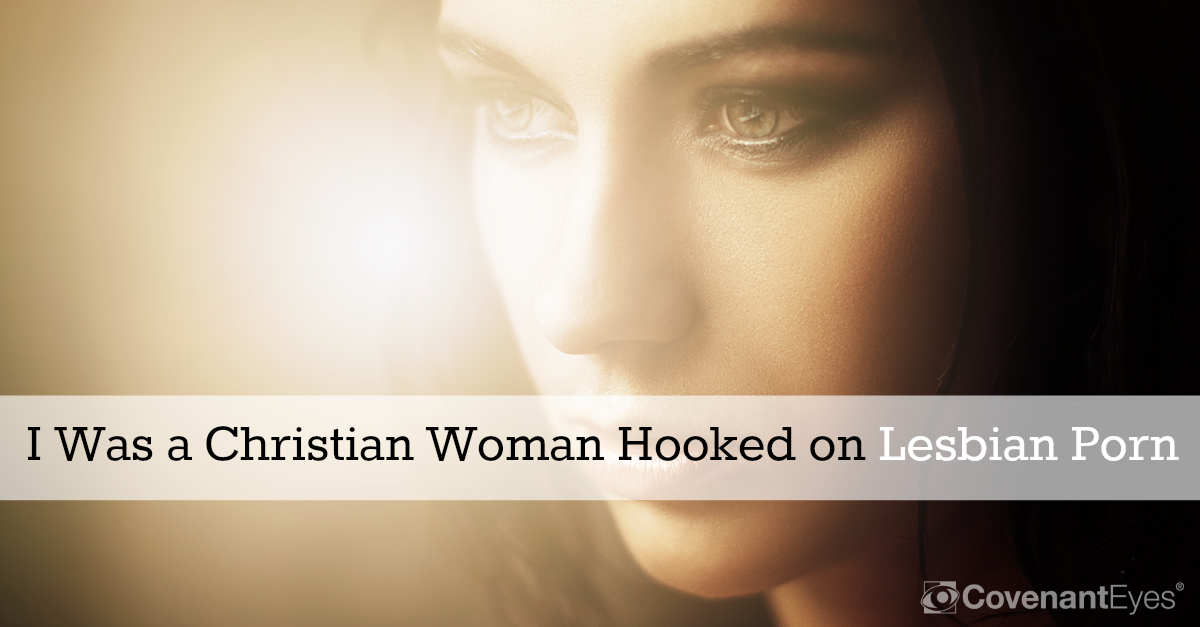 My husband and I were married for two years when I gave birth to our first child. This was a planned and welcomed pregnancy, and everything went well throughout my entire pregnancy until I had an unexpected c-section the week before I was due. I was planning to have a natural childbirth, so not being able to experience any part of the labor process left me feeling hollow.

After my son was born, my sense of grief did not lift. It was if all of the issues I had never dealt with from my past started bursting up to the surface of my heart. I struggled with undiagnosed post-partum depression, and several months went by before I sought help.

At first, it was a welcomed escape, allowing me to temporarily numb the pain in my heart that I didn’t know what to do with.

I soon found myself completely enticed, and I started continually fantasizing about being with another woman. I felt incredible shame. I was not only married to a man I loved very much, but I had given my life to Christ several years earlier. How could this happen? I didn’t know who I was anymore, and I felt so confused.

The Confession the Residual Fantasies

I eventually confessed this to my husband, and we started down the long road of healing. God started to heal my heart as I surrendered everything to Him again, and I eventually broke free from watching pornography. The fantasies I had of women remained to be a struggle for a long time, though. I had no idea how much I lived in a fantasy world until I tried to stop.

It was very difficult for me to talk to God about the fantasies I continually had about being with another woman. I pleaded with God to take it all away. I knew it wasn’t what I really wanted, but I didn’t know how to reset my brain to the way it was before. I felt incredible shame for what I had let spiral out of control, and talking to God about it was nothing short of mortifying.

Sexual Identity: Is This Just Who I Am?

The purpose of my article is not to defend whether or not homosexual behavior is sinful. That’s another article for another time. Rather, my goal is to lift the silence about something many women experience while watching pornography.

“If a person realizes he’s homosexual and has no moral or religious objections to it, then he’ll probably choose to express his desires, adopt a gay identity, and move on in life. But when sexual orientation clashes with world view—as is often the case when a Christian realizes his sexual feelings are at odds with his faith—then hard choices have to be made.”

Plainly put, if I’m attracted to the same sex, yet believe that expressing those attractions is wrong, then I won’t view the attractions as “just a part of who I am.” I’ll see them as a problem to be resolved. And, more often than not, I’ll want to discuss that problem with someone who shares my beliefs, understands the issues involved, and can help me explore and pursue options I can in good conscience live with.​

Another young woman wrote to me, saying that she has always hoped to marry a man someday, but she has dwelled on and fed her attraction to women for so long that she doesn’t know how to go back.

I recognize this deeply-layered struggle. I have lived it, but I also know there is so much hope.

Confessing my sin and struggles was one of the most difficult things I have ever done, but it was also the most freeing. I started discovering hope when I finally confessed what I was struggling with, allowing healing to begin.

God has healed my heart in many ways over the last several years, and the intimacy I craved so deeply I finally found with Him. I had to come to a place of seeking Him first, deciding to love and obey Him whether or not He ever restored my sexuality to the way it once was.

As I slowly developed an intimate relationship with Him, and as He slowly began the process of healing my heart, the sexual images in my mind became less and less appealing. Today He continues to heal my heart, and I will always be grateful for the love and grace He has shown me countless times.

If you do not know of anyone who you can tell, pray that God would show you who you can talk to. He loves you so very much! Take a deep breath and grab ahold of His hand for help. He will take you on an amazing journey. The hope, joy and healing you will find along the way will be worth it.