Dave Jenkins is the Executive Director of Servants of Grace Ministries, as well as the Executive Editor of Theology for Life Magazine and the Host of the Equipping You in Grace Podcast. Dave received his MAR and M.Div. through Liberty Baptist Theological Seminary. You can find him on Twitter @DaveJJenkins, Facebook, and at Servants of Grace.

I remember when I was struggling with sexual sin in my own life and how it was all I could think about. I lived in a world where guilt and shame reigned supreme. Instead of living in God’s world, where there is forgiveness and grace, I lived in the opposite world.

I lived in a world of false repentance where I said I was “sorry” for my sin, but nothing ever changed. True repentance is not only being sorrowful for your sin, it is also turning from sin to Jesus. Our Lord died in the place of sinners for their sin so they would put their sin to death. 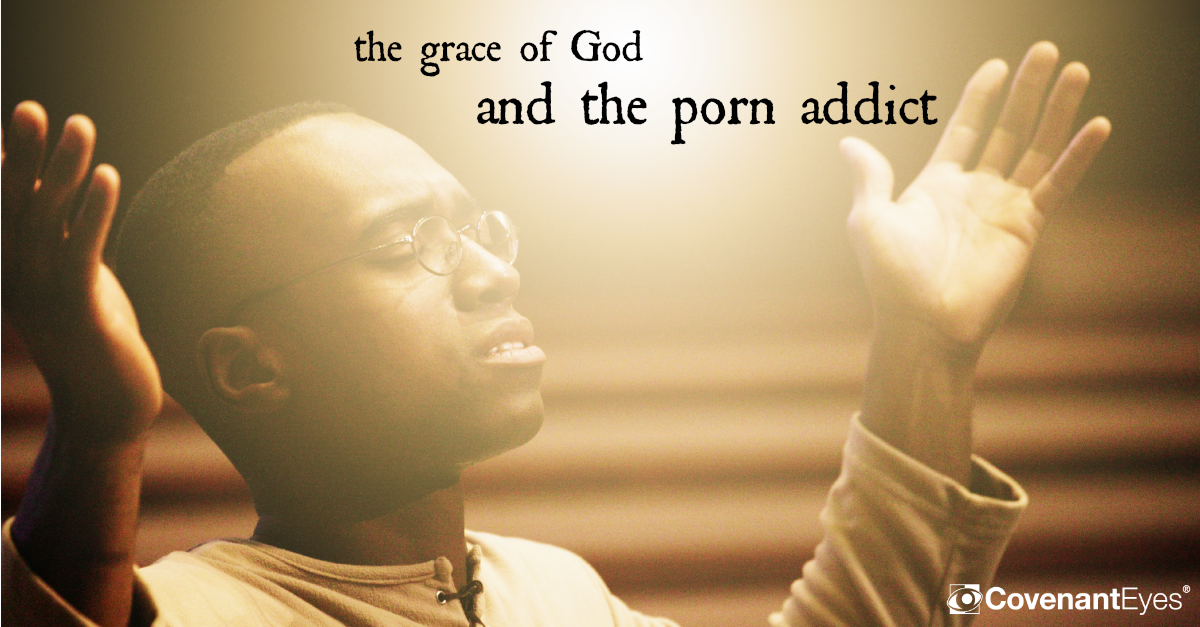 Whether today you are struggling with a sexual addiction, or you’ve long since given up the addiction, there is hope. As Christians, we need to focus on Jesus, the author and finisher of our faith (Hebrews 12:2). He is the One we need to look to instead of ourselves.

I remember going through this vicious cycle in my own life until, one day, as I sat in a church in the Seattle area in the early 2000s, listening to the pastor’s sermon and started to think only about my sin instead of Jesus. I started beating myself up again for screwing up once again earlier in the week. After a few minutes, I began to think of some questions about why I would continue to do this.

As the Holy Spirit convicted me of my sin and showed me the horror of my sin, He also showed me, once again, the perfection of Christ’s sacrifice for me. Jesus died a brutal bloody death for idolaters and adulterers, then rose again to give them new life.

One of the questions I often ask those struggling with sexual sin is, “How are your affections towards God doing?” Recently, while having a conversation with another man, I asked him this question. He didn’t even have to answer the question, since I already knew the answer, although he didn’t. I let him finish telling me about his negligence, and then told him he was in the danger zone. He needed to be extra vigilant in his fight for purity because he was about to be tempted.

In seminary, I learned an acronym: H.A.L.T. It stands for Hunger, Angry, Lonely, and Tired. This means when I’m hungry, lonely, angry, or tired I’m more prone to be tempted to despair or be discouraged. In these moments, we must turn to Jesus and lean upon His strength.

As I continued talking with my friend, I instructed him to preach the gospel to himself until he believed it in his heart. He needed to have his affections warmed at the altar of God’s grace. He needed to preach to himself what Christ did for him. Often addicts only ever focus on the awfulness of their sin. They are so “sin-focused” that they never look to Christ for forgiveness and grace. The end result is always an overwhelming feeling of guilt, despite the fact that there is forgiveness and freedom available to sinners at the Cross. This is why false guilt always leads to condemnation. Paul says to Christians in Romans 8:1, “There is now therefore no condemnation for those who are in Christ.” This means we shouldn’t want to live however we want, because when we do, we will come under divine discipline.

This means we need to look to Jesus at all times. He is utterly sufficient for all of our needs. Before Jesus spoke to the woman at the well about her sins, He told her about Himself (John 4). This Samaritan woman had no eyes to see or ears to hear what Jesus was saying to her. She had no idea the King of Kings and the Lord of Lords was right there before her.

You might not have eyes to see your sin right now, or the horror of it at this time. You might think that your pornography problem is just between you in the privacy of your own house. But there is an all-seeing God, who is with you in your room, looking over your shoulder as you look at that graphic video and image. He knows all of your deeds, He knows your heart, and He also knows what you need. His offer isn’t for you to live however you want, by your own standard of goodness—His offer is freedom. He died in your place, for your sin, so the eyes of your heart would be opened to the glories of Christ. The perfection of Christ is for this reason: Christ is the sinless Savior who we not only look to, but also live by. He empowers His people through the present ministry of the Holy Spirit to cling to Him. He convicts us of our sin and shows us our ongoing need for Himself.

The Gospel Overcomes Our Shame

How are your affections toward God today? Are they lukewarm or cold, my friend? Or are they white-hot? I encourage you to think about that question today. And, as you do, don’t wallow in your guilt and shame anymore. Instead, look up in the midst of your struggle. Don’t be like the prodigal son, stuck in the muck and mired of his own sin. Instead, be like the prodigal son as he ran to his father.

This is what God the Father desires for His wayward children—to come running to Himself. When they do come to Him, God the Father throws everything to the side, and comes running to them, ready to help them see their need for His Son. He adopts rebels through Christ’s blood, and makes them His sons and daughters. This is the good news; this is why you and I don’t need to be stuck in our false guilt and shame. Instead, we can look and cling to Christ. Christ is holiness personified and personalized. His death made possible holiness in our lives since He gave us each a new heart with new desires and affections. Preach that truth to yourself until you believe it, and then keep preaching it until your life is set ablaze by the Holy Spirit. Preach the gospel to yourself when you’re facing temptation. Preaching the gospel to yourself will help you to ward off the temptation to look at pornography. The gospel is the fuel by which we go in the Christian life. The gospel is the power of God to save, sanctify, and glorify His people.

The gospel is the only hope for your addiction. This is why you must hear Jesus’ words to the Samaritan woman in John 4 and find Jesus to be all-satisfying. As she stood before Jesus, little did this woman realize that she was being instructed by the King of Kings; but He alone offered her living water that would satisfy her soul. He offered her cleansing and healing from her broken past. Jesus’ offer is the same to you. Stop drinking from the wrong well, and start drinking from the Well of Life. Find in Jesus your satisfaction.

Instead of being sin-focused, start being Christ-focused. Put the focus of your thoughts, affections, and desires on Christ and His Word, then your addiction will fall away. You won’t continue to drink from the putrid water of sexual sin—instead, you’ll drink from the streams of Living Water in Jesus. Jesus will use you for His glory. He’ll use your testimony to help others that are as you once were—entangled in the lie of sexual sin. Turn to Him; stop saying you’re sorry to Jesus, and instead, turn from your sin. Look to Jesus, and focus on the grace of God. He is all you need and He loves you, even when you don’t deserve it. Take the first step toward healing and freedom, and—with true repentance—know the His gift of grace.