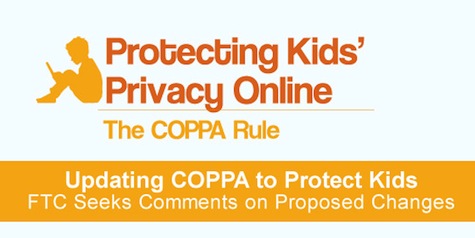 Lisa Eldred is a staff writer and editor at Covenant Eyes. She lives in the Lansing, Michigan area. She shares her poetry at wasabijane.com, and her writing about faith and fandoms can be found at Love Thy Nerd.

Shortly after Edward Snowden’s whistleblowing on the Government’s massive data-gathering and surveillance program, another massive breach of privacy was discovered. For more than a year, a bug had allowed Facebook users to download the contact information (including e-mail addresses and phone numbers) of not just their friends, but also their friends-of-friends–even when the friend-of-a-friend had set his or her contact information to private.

Between these two major revelations of breaches of privacy, you may have missed a third announcement: On July 1, COPPA, the Children’s Online Privacy Protection Act, officially updated its legislation to better protect the personal information of children under age 13 online.

COPPA was first enacted in April 2000 in order to “place parents in control over what information is collected from their young children online.” Websites or online services which collect personal information about children under age 13 must explain what they do with the collected information (through a privacy policy). They must get verifiable parental permission before collecting any information. Parents must be able to view (and delete) any collected information, which must be stored securely and deleted as soon as it is no longer necessary.

Substantively, the rule has not changed since 2000. The update, which was put into effect on July 1, primarily expands definitions. For example, “personal information” now includes photographs, images, or audio files; geolocation information; unique identifiers (such as a custom number held in a cookie); or a screen or username that serves as online contact information.

Why COPPA Matters to Parents

Businesses, tasked with becoming compliant to the new regulations, are the ones facing the biggest impact. Most parents will just take it as status quo; their own parenting processes will not be noticeably different.

However, given the recent privacy scandals, it’s a good time to remember why rules like COPPA exist in the first place.

First, privacy breaches are commonplace. Sometimes they’re localized to an individual whose e-mail account gets hacked. Other times, they’re on a much larger scale, such as when Sony was hacked in 2011. In fact, groups like Anonymous systematically target major websites, often for political reasons. COPPA restricts kids from creating accounts on sites without careful regulations…and keeps them from becoming collateral damage in a political cyber war.

On a more day-to-day level, kids are vulnerable to advertising, in more ways than one. The sooner an advertiser can make a child believe in the “value” of their product (the incredible taste of their food, the social value of their particular clothing brand, etc.), the more likely they are to build a lifetime of brand loyalty. COPPA limits advertisers’ reach.

Advertisers have also been known to take user-generated content and target other users with it. Facebook in particular is notorious for selling products socially: if a person “likes” a particular brand, Facebook will often use that person’s name and image to advertise that brand to the person’s friends. In some cases, advertisers might even use someone’s publicly-shared photo in ads. COPPA, then, also prevents advertisers from using a child’s personally-generated content or information to target their friends.

What Parents Should Do

COPPA, as stated, primarily impacts web and app developers who target children under 13; the burden of compliance is on corporations, not parents. Still, if you’re a parent (especially of a pre-teen), there are a few steps you ought to take.

First, comply by the rules. Sites like Facebook dodge COPPA’s regulations by requiring all users to be over age 13. However, one report estimates that about a third of Facebook’s users are underage–and that many of their parents are aware of it. If you’re the parent of a child under age 13, even if you think your child is mature enough to handle the site, you need to enforce Facebook’s age requirement, both to keep your kids safe and to model your own obedience to the law. (If you’re a Christian, you may want to use Romans 13:1 to explain why it’s important to obey the government.)

You also ought to read the privacy policies for the websites you and your kids use. Ask yourself:

This, of course, will be a tedious task. However, arming yourself with this knowledge before you or your kids enter any personal information on a site may save you from a number of privacy-related headaches later on.