Sex, Smut, and Slavery: One film unpacks it all

Sex, Smut, and Slavery: One film unpacks it all

He arrived at church that evening and led the service as planned, still drunk from the cocktail of guilt, shame, and self-hatred. Nate recalls, “The worst part about that night for me—worse than looking into the trusting face of my wife and kids and my parishioners and friends, there on the holiest of nights—worse than all of that was the knowledge that I was going to do it again.” 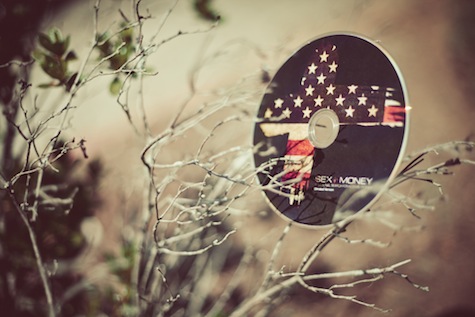 Nate Larkin tells some of his story of sex addiction in Sex+Money: A National Search for Human Worth. His is one of dozens of stories of men and women who have been ensnared in the ugly cycle of buying and selling sex.

Starting in September 2009, a small group of friends, united by a love of photojournalism and a passion for social justice, traveled in a 32-foot motor home to over 30 states and conducted 75 interviews to uncover the truth about modern, domestic sex trafficking. What they discovered was more than statistics: they saw the human faces of shame, violence, and deceit.

Domestic Sex Trafficking by the Numbers

What shocks many people as they watch Sex+Money is how prevalent sex trafficking is in the United States.

Human trafficking, as a global problem, is the second largest form of organized crime (behind the sale of drugs). Globally speaking, most of human slavery is debt slavery. But in the United States, the trafficking of US kids is almost entirely for the purposes of sex.

Sex Trafficking is defined as the use of force, fraud, or coercion to recruit, harbor, transport, or obtain a person for the purposes of making money from a commercial sex act. While there are about 18,000 sex slaves trafficked in and out of the country in a given year, there are anywhere from 100,000 to 300,000 US children who are bought and sold for their bodies.

The average age of entry into prostitution in the United States is 13 to 14 years old, reports Dorchen A. Leidholdt of the Coalition Against Trafficking in Women. While cities like Atlanta and Dallas are hotspots for trafficking, the problem is ubiquitous, even in the small towns of middle America.

Ernie Allen, President of the National Center for Missing and Exploited Children states, “The only way not to find this problem in any city is simply not to look for it.”

Sex+Money captures the stories of several woman who used to live the nightmare. Many came from the foster system, abusive homes, or homes where there was severe neglect. Most are not just runaways; rather, they are “throwaway” kids—the vast majority (two-third) of runaways who are never reported to authorities.

The pimps then become their captors and their saviors. For some, it is a textbook case of abduction: girls are captured, repeatedly raped, and then told, “You’re hoe now. This is what hoes do,” until their spirit is crushed. For others, it is more a subtle and sinister kind of manipulation. The pimp becomes the girl’s “daddy,” lover, boyfriend, and defender, and over time, he slowly introduces her to a lifestyle of selling herself.

“The main problem is they’ve been abandoned,” says forensic psychologist Alexis Kennedy. “Their family has broken down, and they’ve run away from something, and they’ve run into the arms of these predatory pimps and people who use them and abuse them.” For many of them, they have already been sexually wounded and decided long ago that their worth was bound up in their bodies. Their whole psyche is bound up in abuse.

“Anybody can control a woman’s body, but it takes a pimp to control her mind.”

– Derek Williams, former pimp, founder of Back to the Streets

When a pimp looks at a typical high school, he doesn’t see a place of education, he sees a buffet: so many young girls, so many of them ready to escape their terrible home lives.

These recruiters come in all shapes and sizes. Some are what the police call “tennis shoe pimps”: they don’t even own cars, but rather they turn to the Internet and local parties, malls, and schools to find their girls.

“When I had seven girls, none of my girls could come in with less than $500 a night,” says Derek Williams. That’s a cool $1 million a year. How much of that goes to the girls? “One hundred (percent) of the fund come to me—if you’re a real pimp. Dress ’em, feed ’em, keep ’em broke.”

The cycle of grooming a girl for prostitution is very similar to the psychological manipulation found in many cases of domestic violence. Sadly, even when the girls try to leave, five out of seven end up returning to their pimps. Girls are kept on a short leash of violence, drugs, manipulation, and false promises.

Sex+Money takes viewers on a journey from the supply side (the girls) to the distribution side (the pimps) to the demand side (the johns). Simply put, “If men weren’t buying…there wouldn’t be this horrible epidemic we have in the United States,” says Lisa Smith of Shared Hope International.

But in ever-widening circles, the film seeks to show that when sexual exploitation is normalized in culture through millions of mass media messages, we are, in a sense, training a generation of men and women who will cheapen sex just enough to think it can be bought and sold.

“What was pornography in the 70s is now mainstream television in this generation, and there are no limits,” says Dr. Alexis Kennedy. Pop music has also spread clear messages: “it’s hard out there for a pimp” and “b****es get what they deserve.”

Sex+Money even tackles some of the blurry lines between sex trafficking and other forms of prostitution. When a girl is coerced into prostitution at 13 and still “chooses” to be a prostitute at 23, is she still a victim of trafficking? Our legal definitions don’t always do justice to the brutal realities women are facing.

The Film: Join the Movement

My overall impressions of Sex+Money are as follows.