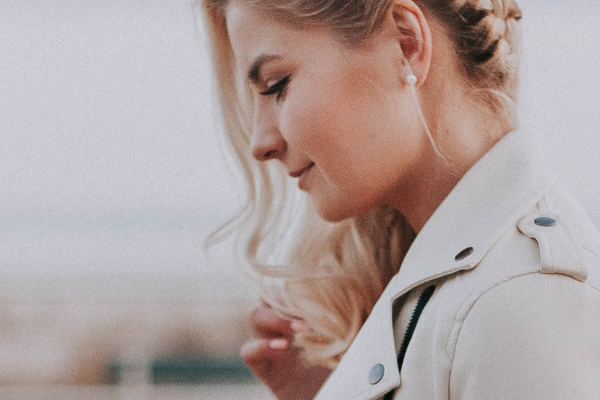 Over the last month I have been ministering to a young woman who struggles with pornography. I’m going to call her “Angie.” Angie was so relieved to have finally found a Christian woman who knows and understands her struggles. I, too, have battled a pornography addiction along with same-sex attractions. There is one big difference in our stories, though…

There’s something about pornography that makes people think it is just a fantasy. It’s designed that way. It’s set up for people to be able to indulge in their own fantasies without giving any kind of thought to the fact that these are real women with real feelings.

Behind the fantasy of pornography, there is a real person.

Angie told me about all of the women in the films and how they all had to literally get high to participate. It’s a trap. I never gave any thought at all to why these girls would participate in these films in the first place. I never gave any thought to the fact that many of them come from broken homes. Many of them were abused as children. Many of them see themselves as being worth nothing. How else could they do it? Yes, it starts out as a choice, but it is a trap–the same kind of trap that those of us who became addicted to pornography know all too well.

Angie never had any attraction to women before she started filming with them. The women in these films are encouraged to show “emotional displays of affection” because that’s what the consumers want. This is the very thing that trapped her. Her staged emotional displays of affection towards other women in these films caused her to eventually develop strong desires for same-sex relationships. Now she is a Christian woman trying to overcome the temptation to look at the very thing she used to be part of. Now she struggles with an attraction to women that she does not want. Now she cannot have a man even touch her shoulder unexpectedly without her shuddering.

The young women in these films have such hurt behind what is seen on the outside. Ministering to Angie has made me realize that I, too, looked at these women as objects. (I somehow thought only men did that.) When we (as men or women) indulge in pornography, the women become objects to us.

They become what and who we want them to be.

For many women who struggle with pornography, it is so common for us to put ourselves in the place of the women in the films. We want to feel wanted, needed, and desired. This makes the women in these films objects, though, when we do this. This is something that I never recognized until the other day. I will never forget that moment of literally feeling the pain of this young woman who I was talking to. I felt her pain. I felt the destruction that has been caused in her life due to this industry. It made me feel such anger that such an industry exists, because it destroys everyone who participates in it.

And then the moment came when I realized I have seen so many of those films. When I was indulging, I never once gave any kind of thought to the pain behind the eyes in those women and what it was doing to them on the inside. As a woman, that is very difficult to admit.

When it occurred to me that Angie could actually have been one of these women I once saw and gave no consideration to her being a real person, my heart broke. I have felt so grieved since then. These are real women. It may sound ridiculous to even have to say that, but I think if we all realized this, it would be much more difficult to look at pornography.

For any of you who struggle with pornography, I challenge you to consider everything I mentioned when you feel tempted. Please realize that if you ever find yourself indulging in pornography again, realize that it is all a facade. These women have to actually get high to do what they’re doing. Many are not enjoying it. Many of them hate it, and these women are dying inside because of it. Many of them get into this industry as young girls having no idea the consequences they will have to deal with years after they get out.

I have come to realize over the last few years just how much this subject has hurt me and how much this has hurt my husband. I never considered how it hurt the very women I was lusting after. Very difficult to say…but true.

I am so thankful that I serve a healing God. Jesus is healing Angie’s heart and emotions. She has given her heart to Him! Strongholds that have been built in her life are being torn down. Great things are happening for her, and I look forward to seeing the fruit that comes from this young woman’s life who is passionately in love with Jesus. Jesus can heal even the most broken, shattered heart. He even healed my heart through the experience of Angie—in a place that I didn’t even know needed healing.

Have you been affected by pornography? Maybe you are addicted, or maybe you’re a spouse, parent, or person in the industry itself. Jesus can heal you and transform the way you see! He can set you free from the prison that this addiction puts you in. Layer upon layer, He can heal your brokenness and restore you to the person He created you to be. Thank you, Jesus, for being my Healer, Deliverer, Restorer and Redeemer.