How Pornography is Ruining Our Future - Covenant Eyes 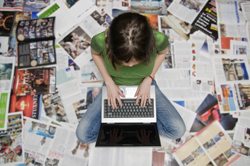 In the recent summer blockbuster The Avengers, the character Captain America has been recently awoken from a 70-year sleep. Throughout the film is a running gag about how out-of-touch he is with modern life; he doesn’t understand a reference to Pilates, and he still believes in quaint things like heroic self-sacrifice and a world with only one God.

This is played for laughs in the movie, but it’s also reflective of very real societal shifts. These are illustrated beautifully in a recent study by Focus on the Family.

It’s little wonder that Captain America would feel out of place.

The question is not whether the world has changed since the days of the fictional Captain America and the very real fight against oppression in Europe. The question is why and how. Or, as Dr. Judith Reisman eloquently asked, “How did you go from 1948—the people who won a world war, saved us and the world from tyranny—how do you go from these folks to their children and Woodstock?”

The reasons for this transition are varied and complex. Technological shifts, for example, have unquestionably played a role. However, it is likely that American attitudes toward sexuality would not have shifted as much in the past 70 years had it not been for Dr. Alfred Kinsey’s pseudo-scientific research in 1948.

In 1948, Kinsey published what would for some become the holy writ of human sexuality: Sexual Behavior in the Human Male. His findings in this and his subsequent works were controversial, to say the least: that 95% of Americans were engaged in sexual behavior that was considered criminal, that 37% of adult males had at least one homosexual experience, and that children as young as 4 had as many as 26 orgasms in a 24-hour period. These findings normalized sexual behaviors that were considered deviant: multiple sexual partners, adultery, homosexuality, sadomasochism, ad infinitum. (For a more in-depth look, read the article Sexual Sabotage.)

Dr. Judith Reisman, once called “the founder of the anti-Kinsey movement,” is perhaps his most outspoken critic. Pointing to Aldous Huxley’s 1932 novel Brave New World, she says, “To control a nation you have to destroy its history. You have to destroy the knowledge that life was ever better.” How did Kinsey do this? She explains:

“Pre-Kinsey era—by every measure of sex and crime—it was better. They based their belief system on faith in God; they were true to American values of personal responsibility, duty, honor, faith—the ethos of the family and the community. That was the basis of our nation.”

She points out that 80% of Kinsey’s interviews were conducted during World War II, when a large number of American men were mobilized with the armed forces. The population of men available for interview back in the States included a disproportionate representation of those with criminal records and moral issues like known homosexuality which disqualified them for military service–and thereby distorted Kinsey’s results.

So then, Kinsey’s data was (intentionally) skewed, yet it became the foundational research for changes in both our understanding of and education about sexuality. It is taught as core material in high schools and colleges. From academia, it spread to the masses through Hugh Hefner’s Playboy.

Consider the average 25-year-old. He would have been born in 1987, which would have made him 7 years old when Netscape Navigator became the first freely available web browser in 1994, 10 years old when Ellen came out of the closet in 1997, and 11 when news of President Clinton’s sexual liaisons with Monica Lewinsky hit mainstream media in 1998. This means that the average 25-year-old may only barely remember a time before the Internet (and its readily-accessible pornography), and non-traditional sexuality was a major, newsworthy cultural force before he hit puberty. And the TV shows he watched normalized multiple sexual partners (think Friends) and satirized traditional families (think The Simpsons). Or, worse in some ways, watching porn and being crass made you cool (think South Park). Given these factors, it’s little wonder that Millennials are getting married less frequently or later, cohabit more, and have more children out of wedlock.

If this were simply a moral issue, it would be bad enough. However, the changing family structure has significant economic impacts as well. Patrick Fagan of the Marriage & Religion Research Institute found a direct correlation between the decline of the two-parent household and the economy; namely, a downturn in economic growth and an increase in the number of citizens dependent on the government. In a 2011 report, he and fellow researchers stated:

“Increased inflation (risk) combined with low interest rates punish savers (mainly intact families). This does not build a strong society nor a strong economy. Because we need a society of savers and investors, we need a society of stable, married families. Furthermore, married families who worship together further lower the risks of economic instabilities both for their own families and for the nation at large, especially during serious downturns.”

Unfortunately, as outlined, these stable families are no longer the majority. At the 2011 Convergence Summit, he explained, “By age 17, only 45% of American kids now live with their father and mother; 55% do not. The parents have rejected each other.” One factor (in part a by-product of porn) is the number of sex partners. Of women who only have experienced sex with their husbands, 80% said they were in a stable marriage, Fagan said. However, having just one sexual partner before marriage reduced that figure to 54%. As the number of sexual partners continues to increase, the percentage continues to decline. Given the low marriage rate of Millennials and their permissive attitudes towards multiple sexual partners, it’s a safe prediction that there will not be a sudden influx of economy-stabilizing two-parent families in the near future.

The economic outlook is, perhaps, merely depressing. Porn’s impact on criminal behavior, however, is horrifying.

Take, for instance, violent behaviors such as rape. Mary Ann Layden pointed out at the 2011 Convergence Summit, “The more pornography you see, the more you think that violence is part of the sex act. What is the implication of our culture for these kinds of findings? They are more accepting of violence against women.” And it’s not just men: “The more pornography a young adult female uses, the more likely she is to be a victim of non-consensual sex. […] She has learned that it’s normal. She has learned to accept the signs. She’s learned to tolerate the intolerable behavior.”

In one particular study, she said,

“They looked at 155 child pornography offenders who had been convicted. When they were convicted, they admitted to 75 children who had been molested from that group. When that group went through therapy and had to admit to all of their victims, it turned out it was not 75 victims; it was 1,777 victims in that group of 155 guys. The diagnosis of pedophilia is more often found in child pornography users than even in child rapists.”

Unfortunately, the judicial system has actually reduced the punishment for many of these behaviors. After Kinsey, the punishment for rape was reduced; adultery was decriminalized; abortion was legalized. Reisman said, “I deal with cases all the time in which an actual felon gets custody of his child even if it’s an incest offender. I’ve had that happen.”

To Turn the Tide

Taken as a whole, the economic and societal outlook is bleak. However, as Reisman pointed out, “2.5% of any group can actually remarket or alter the structure of a society and change new values.” The question, then, is not whether society’s course can be adjusted, but by whom and how.

Struthers explained how this worked. He spoke of an experiment in which individuals were hooked up to a brain scanner and shown sexual clips. Certain regions of the brain lit up upon viewing; however, when the viewers were told to try to keep their sexual arousal low, the activity in those regions decreased. He said, “When you are given instruction or when there are expectations about what you should do when you view this and those are exercised, you can actually dampen down this signal and make it less severe. That’s just by them being told. […] It [is] when this signal is allowed to just run free and out of control that you develop these kinds of problems.”

Unless otherwise stated, all quotes and statistics from Mary Anne Layden, William Struthers, Judith Reisman, and Patrick Fagan were taken from the 2011 Convergence Conference. Click here to watch recordings of their presentations and download the transcripts.