Is that so? I’m not sure how many married couples would explain their marriage as “happily ever after.” Not that all marriages are bad, by no means! But marriage comes with its challenges. It takes work. It takes dedication. It can be great, it can be happy, but it can also be hard.

One growing difficulty in many marriages is the issue of pornography. Everything can seem great until the Mrs. is greeted by a naked image of another woman as she turns on the computer screen or until the Mr. stops showing up to little Jimmy’s games as he sits and watches his computer screen for hours on end. Maybe the Mrs. has gotten into “harmless” romance novels and no longer has the desire for sex, or Mr. finds pornographic messages being sent between his wife and another man via a social network.

So why try? Does it really hurt your marriage? Is it something worth fighting against if the urges and temptations will always be there and the “happily ever after” doesn’t completely exist?

Yes. One million times, yes! Though this struggle is hard, your marriage is worth it. Just as you would fight hard to prevent alcoholism or drug addiction, fight just as hard against the battle of pornography.

Still not convinced? Here are 5 ways that pornography can hurt your marriage. I pray you take them to heart and know that none of us are immune to the affects.

Invite anyone into your marriage—past, present, or future—and that person will always be somewhere in your mind. For example: if you have had a sexual partner apart from your spouse, possibly even years before you were married, could sex with your spouse bring that previous relationship back to your mind? Of course it would!No matter how hard we can try to forget the past, it becomes a part of who we are. It becomes an ingrained memory that cannot easily be pushed aside. Are we more than our past? Absolutely. We can change, we can move forward as a new person. But the memories are always there.

As a psychology and counseling major, I’ve heard the term “self-esteem” quite a bit. It’s thrown around frequently, and while there is truth to it, I like the term “self-worth” a whole lot better. I believe it better encompasses the greater issue. When we don’t feel good about ourselves, it is more of a worth issue than one of esteem for ourselves.

Ouch. I debated whether to include this one or not. It’s harsh, it’s hurtful…but it’s truth. Porn is adultery. Matthew 5:28 says, “But I say to you that everyone who looks at a woman with lustful intent has already committed adultery with her in his heart.” No arguing with that one. Jesus is pretty clear, and you know He already knew about the sin of pornography before it ever came into existence (though I suspect they already had forms of it during this time period). He knew the easy accessibility that the Internet would someday bring. He knew that 47% of families (via Covenant Eyes and Focus on the Family statistics) would have this problem in their home one day.

God redeems (Eph. 1:7). God heals (1 Cor. 10:13). God does miracles (Matt. 17:20). God is bigger (Isaiah 55:8-9). My husband and I are a testament to this. While pornography will always be a struggle and temptation that we will seek to conquer, He has blessed us with an incredible marriage despite the evil that has threatened our relationship. He has healed us from comparing or being fearful of comparison. He has taken away the lies and silence that held my husband for so many years before he told me about his struggle. He has restored our self-worth and made us feel like royal children (as we all are!). He has completely brought back all intimacy that was lost and not only that, has made it better! And He, by far, is greater than any sin of adultery. Satan may try to take us down, but God keeps our marriage up and thriving. We give all the glory to Him and are so blessed by the great things He has done.

“And we know that for those who love God all things work together for good, for those who are called according to his purpose.” – Romans 8:28 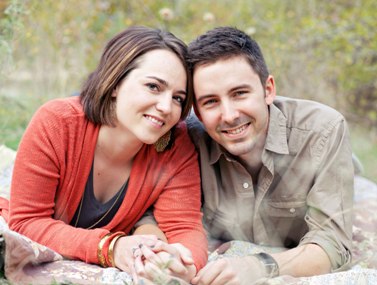 Erin Baxter is a blogger of all things marriage. She has been married to her husband, Matt, for nearly 5 years and has two “fur-babies” (Kevin the dog and Ella the cat). Erin holds a Bachelor’s degree in Psychology and a Master’s degree in Counseling. Her goal is to reach out to as many married couples as she can in order to restore marriages and allow God to work through her writing.

Visit her blog at Mystery32.com.