My Drug & His Poison: Tiffany’s Story

“Do not bite at the bait of pleasure
till you know there is no hook beneath it.”
~ Thomas Jefferson

Because of their addiction, we want to hold on to those memories for dear life. Those memories of the good times, when you first met them, or when you knew you first loved them, you cherish…especially now. When you see a transformation in your husband or boyfriend, to the point that you don’t even recognize him anymore due to their addiction, there is such a sense of loss that sometimes can take years to overcome and truly grieve through.

Because of their personal guilt and shame they feel due to their addiction, you’ve probably experienced them attempting to shift any blame onto you, while getting frequently angry. Have you noticed that they withdraw from family activities or in spending time with you, or retreat from church, and social activities – things they once were involved in?

When It’s Not The Fairytale

I never thought I could love someone as much as I loved my boyfriend, who I met through a mutual friend. I fervently prayed for almost five years, every single day. I prayed that if it was God’s will, that a relationship would come into being. And after five years it happened. God answered that prayer. I thought: finally, this must be God’s plan coming together because it seemed so perfect.

My life already revolved around him. He was my everything. We talked about getting married. That relationship was what I looked forward to during much chaos and major decisions that were taking place at that time. He was my joy and being able to love him is what made each day for me.

My boyfriend became like my own personal drug and there wasn’t a day that went by in that relationship that I didn’t thank God that we were together and thank Him for answering prayer. When we make someone so important and critical to our lives, though, we raise them to the status of an idol, and God warns us of this.

When we replace what God should be in our lives—with a boyfriend, a husband, any male, we put all of our reliance on that person to make us happy. Humans will always let us down, but the one constant, and the one thing we must remember, is our Heavenly Father will always be there for us—He is that one constant.

He is the one who can get you through the tough times, when you feel like no one understands what you are going through as a spouse or girlfriend of an addict. He does. If your husband or boyfriend is not present, if he’s left because of his addiction, or lost his feelings for you because of a love of porn which steals intimacy, our Heavenly Father is there in the midst…and He sees your pain, ladies. He’s your Daddy, the one who knew you before you were born, and He will go through the pain with you, if you let Him, standing by your side, comforting you when your husband or boyfriend can’t or won’t.

There is a saying that goes, “Don’t ever love someone so much that it would destroy you if they left.” I didn’t realize the truth in that statement until it almost happened to me.

It took me seven years to grieve over that relationship loss, and because of it I gained a lifelong cause. I knew I would fight this thing, this poison to relationships, as long as I possibly could, because I experienced the pain of it—that pain that continued to take every inkling of joy I tried to find even years after the breakup. Every day the reminder of what porn stole, and the future I had planned with him, haunted me. It would eat at any joy and feeling alive I would begin to muster. When I felt like I was finally climbing out of the grief hole, my thoughts would focus on what I lost again and I would crash back into the abyss. It was the second greatest loss in my life, that of a cherished relationship that I thought would be long term all due to porn and it crippled me for years because I let it cripple me for years. It took me several years to realize the importance of healing and getting help to be able to heal. We must never forget that loss, but we must also remember to use that loss to prevent others from experiencing that loss. That is the beauty of how our Father turns what the Devil intended for bad, into good.

Even though I lost my relationship, God also turned it into good by leading me to develop a website that helps other women. There is a silver lining that always exists in your circumstance, ladies. This He promises us and so you must remember in your own situation: what the devil intends for bad, God will turn it into good. If I could send you one message through this post, it would be this previous sentence.

I think back and look at what God did through the devastating loss of my relationship and the seven years of grief, but even more, I remember Him picking me up off the floor, and bringing me through it. He used it to help others. Who knows how many children or families will be protected because of those initiatives? How could I ask for anything more? There wasn’t a happy ending in the way that I thought I would have, that I had hoped for, but it was a happy ending…

The band Coldplay performs one of my favorite songs, “Fix You.” Chris Martin wrote it for his wife, Gweneth Paltrow, after her father passed away. He wanted to fix her, as her husband, and take the pain away that she felt over such a great loss.

You see, this is what God wants to do for us if we just let Him. If we just come to Him and ask Him to take the pain of porn away, ladies. Let Him take away the feeling of betrayal that you have, the low self-esteem that you feel because of your husband/boyfriend’s addiction that you don’t think you will ever get over, let Him be the lover of your soul, because He wants to be just that for you…and to fix you! He can and will, precious ladies. You are the daughters of the most High God, and He loves you so much that He sent His son to die for you! Always keep that in mind every day.

I want you to remember that you are important, the role you have in your family is irreplaceable. Charles Swindoll offered a perspective on the importance of your role and how cherished you are; he stated:

The Bible is full of great women. So is history. Along with the Joan of Arcs and the Florence Nightingales and the Madame Curies and the Mother Teresas we find countless other nameless others, sisters, and daughters. Abraham Lincoln said, “No man is poor who has had a godly mother.” He, like many great and accomplished people fiercely linked his success to his mother. Military heroes, political statesmen, ministers of the Gospel, athletes, media personalities, literary and musical geniuses alike have attributed the development and cultivation of their skills to their mothers and/or their wives. Down through the history of time marches an endless succession of courageous and visionary women, virtuous women, self-sacrificing women.

During this trial that you are going through, or have been going through with your husband/boyfriend, repeat to yourself daily what Dr. Laura Schlessinger states, “The people and circumstances around me do not make me what I am, they reveal who I am!” When you feel like you may never get out of that dark abyss that you have fallen into due to his addiction, repeat to yourself every day, “I’m going to make happiness a habit.” Don’t let his addiction pull you down with him. Choose to make happiness a habit as our Father begins to fix you and mend your soul. You are always in my thoughts and prayers. 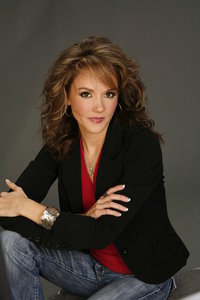 You’ve felt it. The sinking feeling in your stomach. The stab across…

You’ve felt it. The sinking feeling in your stomach. The stab across your chest when you saw what your husband was looking at. Maybe even the screaming void that wordlessly reminds you this wasn’t the…

You’ve felt it. The sinking feeling in your stomach. The stab across…

You’ve felt it. The sinking feeling in your stomach. The stab across your chest when you saw what your husband was looking at. Maybe even the screaming void that wordlessly reminds you this wasn’t the…