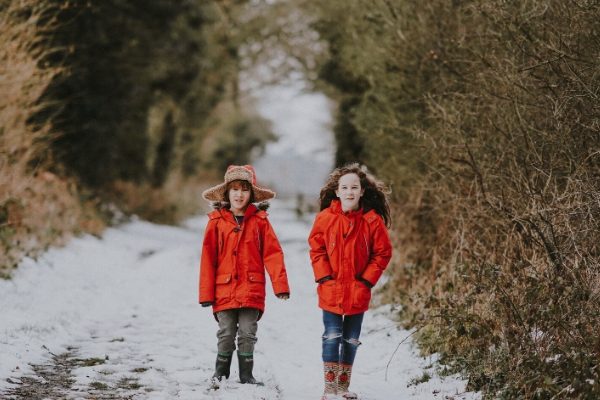 Editor’s Note: names have been changed to protect minors

Barely audible over the hum of tires on the highway, 7-year-old David heard his cousin whisper, “I dare you to look up boobs.”

To keep the boys occupied on the drive, Grandma allowed David and his cousin Jeremy, 11, to use her smartphone while they traveled to their family get-together. Dare after dare and search after search, David’s primitive understanding of sex was broadened not only to nudity but also to violent and degrading encounters.

The wayward excursion ended when David’s older brother Jess, 13, was asked to look up an historic roadside marker on Grandma’s phone. As Jess typed in the search details, past searches showed up in graphic detail. In the moment, he covered for his brother by erasing the search and browser history, but later told his Mom what had happened.

When families join up for holidays, trips, and vacations, they often overlook or relax the precautions they have in place for devices. Parents are distracted with travel details, cooking, and visiting with their loved ones, but the environment can be ripe for children to be alone with each other and be exposed to pornography. Some family members and adult friends may not know that the average age of first exposure to pornography is so young (ages 8 to 13 depending on the study), or they may think pornography viewing is normal exploration.

“My mother-in-law is a very nice woman, but she’s naive in her thinking,” said the mom of the boys traveling with their grandmother. “She would never even suspect anything like that.”

This mom, like many other tech-savvy moms, didn’t allow her sons access to phones or the internet without parental guidance. Her son Jess had been allowed a phone at 13 with Covenant Eyes installed and parental controls set up, and it was never to be shared with his younger siblings. But so often, parents’ best protections are usurped by children exposing children to pornography, because they have their own unprotected devices or easy access to devices.

The average kid gets their first smartphone at the age of 10.3 and opens their first social media account by age 11.4, according to a report by Influence Central. Microsoft founder Bill Gates said he didn’t allow his kids to have smartphones until they were 14, but your family likely isn’t celebrating a holiday or building sandcastles with his family.

The family’s story at the start of this article is similar to many I’ve heard from families across the United States, even among families who are cautiously protective. This year alone, Covenant Eyes team members including myself, spoke to audiences at 28 home school conferences where parents are cautious with technology. Even so, 40 percent of home school families polled at these events said they know their children had been exposed to pornography. Fifty-five percent said their children were exposed between the ages of 9 and 12, and about 21 percent said their children were exposed to pornography between the ages of 5 and 8.

Keep in mind, these are the parents who knew it happened and when they discovered it. In today’s mobile culture, secrets are often kept. In fact, 71 percent of kids say they hide Internet activity from their parents.

At one conference, a mom ran up to our booth with a smile on her face. She said with a triumphant twinkle in her eye, “I had to tell you; I attended your session, did exactly what you said, and my 7-year-old was still exposed to porn!” She must have noticed confusion in my face at her beaming excitement and continued, “Oh no, you don’t understand. See, we had Covenant Eyes on our devices and used the reports for conversations. And, as you recommended, we used the Good Pictures Bad Pictures Jr. book to help him learn to ‘turn, run, and tell’ if he saw pornography. It worked!”

After hearing their son’s story, his mom and dad applauded his courage and right actions. They also let the neighboring parents know what had happened, and those parents were surprised their son would ever be curious about things you and I were curious about at that age. With a little more investigation, they discovered their 7-year-old had exposed children throughout the neighborhood to pornography.

More striking was that all of those kids kept it their secret. Whether they feared getting in trouble, were confused, or felt it was their secret, they all had stayed mum. The only child who said anything was the child who had been trained.

Today, it’s not if our kids will be exposed to pornography…but when? And are they prepared to respond correctly?

3 Reasons Why Your Kid Won’t Look Away (Without Training)

First, every child is curious about what the opposite sex looks like. This is normal, says Heidi Olson, a sexual assault nurse examiner.

That leads to the second issue: our brain’s neurochemistry lights up to sexualized media, even the brain of an innocent child. Today’s graphic online pornography commandeers the brain’s neurology with what science calls super-normal stimuli. In basic scientific terms, super-normal stimuli are artificially enhanced. They subvert and hijack our natural appetites and motivational systems and overstimulate our neural pathways.

Among the first neurochemicals to spike is dopamine, which lights up rewards circuitry, motivates one forward, focuses a person’s attention, and plays a major role in memory. Dopamine loves novelty, something that has never been seen before.

Third, this neurochemistry is happening in children’s brains as we speak. The Limbic System (or the feeling brain) is attracted to novelty, risk, and rewards, and is quite strong. However, the pre-frontal cortex that considers consequences and makes decisions doesn’t fully develop until a person’s early- to mid-20’s, and thus is weak.

Imagine an unprepared child seeing pornography–something they have never seen before. Dopamine is released in response to this novel stimulus, giving a child’s brain a spritz of something that feels good, deeply focusing their attention, and burning the image or video into their memory.

This is a recipe for disaster for many kids who haven’t been trained.

Tips for Holiday Gatherings and Vacations

The good news is you can train your child to know what pornography is and how they can defend themselves.

Parents rightfully want to preserve a child’s innocence, but knowledge about sexuality doesn’t harm their innocence. In fact, it can help preserve it. Many parents fear providing information about sex to their children will make them curious. But every kid is curious, and not talking about it leaves our children unprepared. At minimum, every child should know at an early age where their bathing suit area is and that it is private.

God created sex and he made it to be good. Our job as Christian parents is to teach our children God’s plan for sex, even when our culture seeks to warp that design. One resource to help is the The Talk: 7 Lessons to Introduce Your Child to Biblical Sexuality, by Luke Gilkerson.

Fight the voice in your head that says, “This won’t happen to my child.” No parent plans for their child to be exposed to sexual content. It just happens, often when least expected. Be on guard.

If you have family visiting, call them and ask that their children not have unprotected devices in your home without direct supervision when they are being used. When not in use, they should be given to their parent. This might feel like an awkward conversation, but approach it with kindness and sincerity and it will be received better. It’s your home; set the rules, just be winsome about it.

If you are joining family or friends at their house, set rules for your children to not look at other’s unsupervised screens. You might find your host is also very amiable to guarding against private screen time and with mixed ages too.

Install Accountability and Filtering software, like Covenant Eyes, on your devices. If a device can’t be monitored with software and lacks strong parental controls, don’t buy it. Unprotected devices are an invitation to serious issues. If you have devices that can’t be protected, put them away. The device isn’t worth the pain it can cause.

Also, filtering-only is not enough; accountability/monitoring software is a must. First, filters teach nothing, except how to get around a filter. Accountability creates conversations and opportunities for discipleship. Parents are their kids’ best resource, and accountability software is simply a tool that helps parents better engage their kids about what they see and do online.

Parental controls don’t replace parenting. In today’s digital environment, there is no “set it and forget it.” Be vigilant, train your kids, start the discussions early, and keep the conversation going.

A free resource that can help you is Equipped: Raising Godly Digital Natives, which is an easy read packed with tips that help you guide your child in a pornified world. This free ebook shows parents how to have honest conversations about self-image, sexuality, and provides proven methods for training children to be media literate.