Love Truth More Than Your Wife: The Only Hope to Save Your Marriage 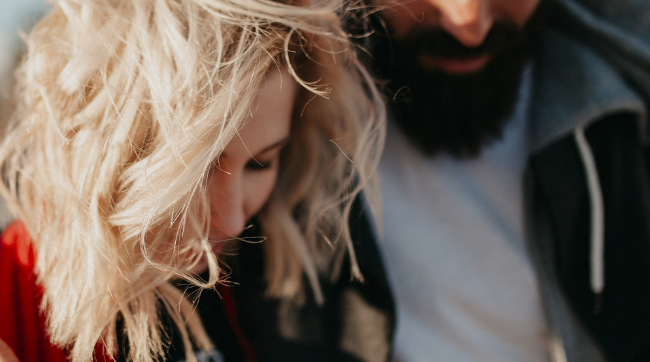 Consistently, wives of sex addicts share with me how the lies and secrets their husbands keep from them hurt more than the sexual acting out itself.

I asked a few of these wives the question, “Why do the lying and secrets hurt so much more than the acting out?” Here are some of their responses. I wish I could share them all, but I had to narrow it down. Names have been changed to protect anonymity.

After their responses, I talk more about the role of lying in addiction, and how this relates to marriage. At the end, I share about an upcoming conference on sex addition and partner trauma with presentations from some of the best in the field.

6 Wives Share Why Their Husband’s Lies Hurt the Most

“The lying is pretty much the reason I feel I must get divorced. Any attempt to build trust just keeps getting undermined by him hiding and lying about things. Relationship and connection cannot exist if there is no trust.

I could have moved past the poor choices he made–none of them were major deal breakers. If he would’ve come to me (within 24 hours as we agreed) and confessed, it would have hurt still, but also would have fostered connection and trust. Honesty makes me feel like a valued partner, an ally in his fight against his addiction. Lying and secrets make me feel like the enemy, a victim and casualty of his addiction.”

“Because this is my person. The one person on earth I chose to trust with everything, including my life, for 21 years. To have that trusted person look into your eyes and lie and twist your very reality, knowing that you know…it is impossible to wrap your mind around, hard to comprehend.

It makes you doubt your very intelligence and ability to make wise choices. Especially if you surprised the pants off yourself by actually choosing to forgive, and opening yourself up to more hurt by choosing to stay, hoping desperately for recovery efforts. After accepting that childhood trauma caused the addiction that caused the infidelity, you realize you love them more than you ever knew, and you realize you desperately want to make your marriage work.

In the midst of your passion to save all you’ve worked for together, every new lie and every slanderous untruth he tells people about you magnifies the hurt.”

“For me the secrets and lies directly translate to a lack of safety as the person is not who he says he is. When this relates to ones’ primary attachment figure it’s hugely impacting.

This then leads to a spiral of me questioning my judgements and understanding of the world, potentially everything is unreliable then. It’s nightmarish!”

“This is my perspective nine days after my bloodbath of a disclosure. That descriptor is for the truths I was told, not the process. The process, although excruciating, was absolutely necessary and cathartic.

The acting out is repugnant, but the lies and secrecy gave me evidence that, in comparison to everything else, I didn’t have enough value to be considered. That is what hurts the most.”

“It’s been a little more than a year and a half past discovery. With everything I’ve felt about his manipulated schemes behind my back, it’s the lies and calculated deceit that still haunt me!”

“The point I realized he was lying to protect himself from pain and to hide the affair, was the same point I realized he had stopped protecting me. I felt thrown into a war zone with hidden bombs and traps put in place by him, my husband. His words after the lies were disclosed, in my mind, were all a lie and coverup.”

Fear of Telling the Truth

As these quotes show, lies will destroy your marriage. I tell addicts this all the time, but they don’t believe it. I liken it to being told to jump off a cliff with the promise that a net is below, but you can’t see the net.

Their wives tell them they just need the truth. Good sex addiction therapists tell them that a therapeutic disclosure is a best practice that will be one of the hardest things they’ve ever done, but is crucial for the individual’s and couple’s healing.

Related: Therapeutic Disclosure–How It Can Help Your Marriage Heal

The truth will set you free, but the fear of telling the truth is debilitating. Will she leave? Will she hate me?

There is no guarantee, and there is no net that says it will all be ok. But our experience overwhelmingly shows that addicts who choose honesty have a much higher chance at marital success. Lies are not, in most cases, meant to hurt the wife and not done out of malicious intent.

The Origin of Pathological Lying for Addicts

Lying is something addicts learned at a very young age for emotional and/or physical survival. My husband, Jeff, who facilitates couples’ intensives with me, had to lie at nine years old to cover up his mom’s drug use and mental illness for fear of being taken from her. When he was taken to live with his dad and step-mom anyway, he learned to lie to cover up sexual and physical abuse from older step-brothers to avoid the abuse getting worse.

Because he grew up with severe neglect and abuse, Jeff had to create a façade to hide his intense insecurity. So to me, he looked like the perfect man and husband.

Hindsight is 20/20 though. I don’t blame myself for missing red flags. What wife in her right mind is looking for those red flags, unless she has been through this before?

Your Only Hope for Healing Yourself and Your Marriage

Addicts, here is your only hope. Love God, who is truth, more than your wife. The Bible is clear on truth.

“Do your best to present yourself to God as one approved, a worker who does not need to be ashamed and who correctly handles the word of truth.” –2 Timothy 2:15

“Jesus answered, ‘I am the way and the truth and the life. No one comes to the Father except through me.'” –John 24:6

Since God is truth, you must also love truth more than your wife. That means putting your trust in Him, not your wife. You don’t know what her choices will be in the long run, although with the correct guidance and follow through, your chances of saving your marriage is high. We usually don’t see wives leave due to truth, no matter how bad it seems. We see wives leave when the lies don’t stop, assuming the acting out has ceased. Even reporting slips immediately are your best chance at surviving them.

Love God. Love truth. Love them more than your wife, who is not your God. Jump off that cliff of truth with no guarantee, except that you will be living a life of integrity and authenticity. This is the only way to recover from addiction.

“We are only as sick as our secrets.” This age old saying from twelve-step fellowships couldn’t be more true. I dare you to find a wife of a sex addict who will disagree with this concept.

Coming up April 11-13, Christian Sex Addiction Specialists International is hosting the Redeeming Sexuality and Intimacy conference in Houston. My husband, Jeff, and I will be presenting with our polygraph examiner, Stephen Cabler, on the use of polygraphs with disclosure. Other presentation will include therapeutic disclosure, partner trauma, and many other sex addiction related topics.

Check out our website to learn more about all our other amazing speakers and sessions. This conference is welcome to all, and we hope you’ll sign up.

5 comments on “If You Love Her, Tell Her the Truth”