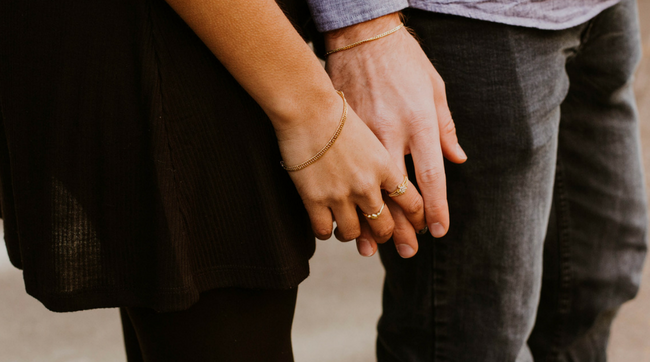 Fifteen years ago, Dave called a dating line hoping to have a sexual conversation with a woman. Even though he confessed it, he was unwilling to admit the seriousness of his offense. I asked him to leave. He gathered a few things and stormed out of the house angry and devastated.

It wasn’t just the dating line incident that prompted this decision. Twenty years of his on and off sexual acting had inflicted trauma wounds. Strip clubs, adult bookstores, and pornography had violated the sanctity of our marriage.

I was finally at the point my counselor had warned me about, where my soul couldn’t take another offense. As hurt as I was, I needed my own path of recovery.

After a 40-day separation, I saw a real change in Dave. Anger and defensiveness were lessening. I began to change as well. Instead of running after him to fix him, I fought through feelings of panic and low self-worth to embrace dignity.

Yes, both of us were tentative. Raw shame could cause one or both of us to become defensive or pull away.

Yet, as we enlisted ourselves in recovery groups, began reading recovery books, and continued going through marriage counseling, a new way began to open before us. We felt hopeful, but quickly realized that this new path was steep and perilous.

We needed some guardrails on our path that kept us from plummeting over the edge. We needed them not only as protections, but also as guides, gently taking us places we couldn’t go on our own. We needed boundaries.

Now after 14 years of leading recovery, boundaries have become our best friends. Boundaries aren’t a punishment for our once chaotic marriage. Rather they are guards for the sanctity of our relationship.

Boundaries have gifted (and continue to gift) us with three avenues to healing:

The Guardrail of Truth: A Safe Place to Risk Rebuilding

One of the first tasks of a spouse after disclosure is to protect his or her already traumatized soul from further abuse. This I knew for sure. I could only risk recovery if I had the whole truth. This meant listening to Dave’s sexual history with the oversight of a counselor.

Because of the extent and duration of Dave’s falls, I still feared that something else would surface that he had repressed or forgotten. To remedy this, our counselor recommended a therapeutic polygraph, done by a Christian practitioner.

Both of these opened up wells of grief but also unexpected compassion on my part. There were reasons for all the insanity. These also helped establish the guardrail we couldn’t heal without–truth.

Truth meant that neither of us were the enemy. We could shift our gaze off of each other’s flaws. Instead, secrets were the enemy who could hijack true intimacy.

Truth meant we would fight the tendency to minimize our missteps. It helped protect us from big falls, by getting Dave’s well-established searching rituals into the light before they created a plunge into sexual sin.

Thus, came the boundary we still hold to this day: Dave will confess early and Robin will refrain from shaming him.

A Guardrail to Prevent Plunges

Dave confesses early, optimally the same day or the day after. Not just the big stuff, but also the smaller stuff. By sharing what he did, for how long, and how it impacted him, he helps me not to step into the role of a detective.

This also prevents what we now know as staggered disclosure, where addicts reveal their falls in small bites. In our case, thinking I had the whole story and then finding out there was more (intensity, time, instances) obliterated my trust and multiplied my trauma.

I committed to doing my best not to shame him with words like, “What’s wrong with you? Are you trying to destroy us? Don’t you see how evil this is?”  Instead I grew in my use of “I” language. “I feel angry. I feel helpless. I’m terrified. I’m feeling triggered.”

As Dave lead the way in boundary setting, it allowed me (with time and healing) to trust setting my own boundaries, even lifting my own standards of personal purity. I was ready to add a vital partner to our first boundary: Robin will confess early and Dave will refrain from shaming her.

Related: Your Wife Has Triggers Too

These now mutual confessions often showed us where new boundaries were needed. My dependence on romance to soothe my wounds brought the boundary: “I won’t watch sexually charged television like the Bachelorette.”

Dave, breaking his boundary of searching for anything sexual, watched a video on marital sexual positions while I was asleep. He then added an additional boundary, “No Google searching of any type after you are asleep.”

Truth became a trusted foundation that helped both of us stop the bleeding. With time, painful confessions became signposts to healing.  Falls ceased. Boundary breaks became less severe. We were growing.

We were now ready to grow up a little in our recovery, learning to manage expectations. Like truth, these expectations would need to be agreed-upon and constantly guarded. We’ll address these in a future blog post, so stay tuned.

The first guardrail is truth–a proactive honesty that calls for immediate confession and shame-free reception.

Robin and Dave Weidner – Dave and Robin Weidner head up Purity Restored, a non-profit offering spiritual recovery and tools for sexual purity. They have authored healing resources including the book Grace Calls: Spiritual Recovery after Abandonment, Addiction or Abuse, the 2017 Gold Medal winner for Self-Help/Recovery in the Illumination Book Awards. Dave and Robin lead healing retreats and marriage seminars around the world. You can reach them at purityrestored@gmail.com.