Chris McKenna is a guy with never-ending energy when it comes to fighting for the safety and protection of children. He is the founder of Protect Young Eyes, a leading digital safety organization. Chris practices his internet safety tips on his four amazing children and is regularly featured on news, radio, podcasts, and most recently on Capitol Hill for his research. His 2019 US Senate Judiciary Committee testimony was the catalyst for draft legislation that could radically change online child protection laws. With expertise in social media usage, parental controls, and pornography use in young people, Chris is highly sought after as a speaker at schools and churches. Since 2016, Chris has worked with Covenant Eyes creating educational resources to help individuals and families overcome porn. Other loves include running, spreadsheets, and candy. 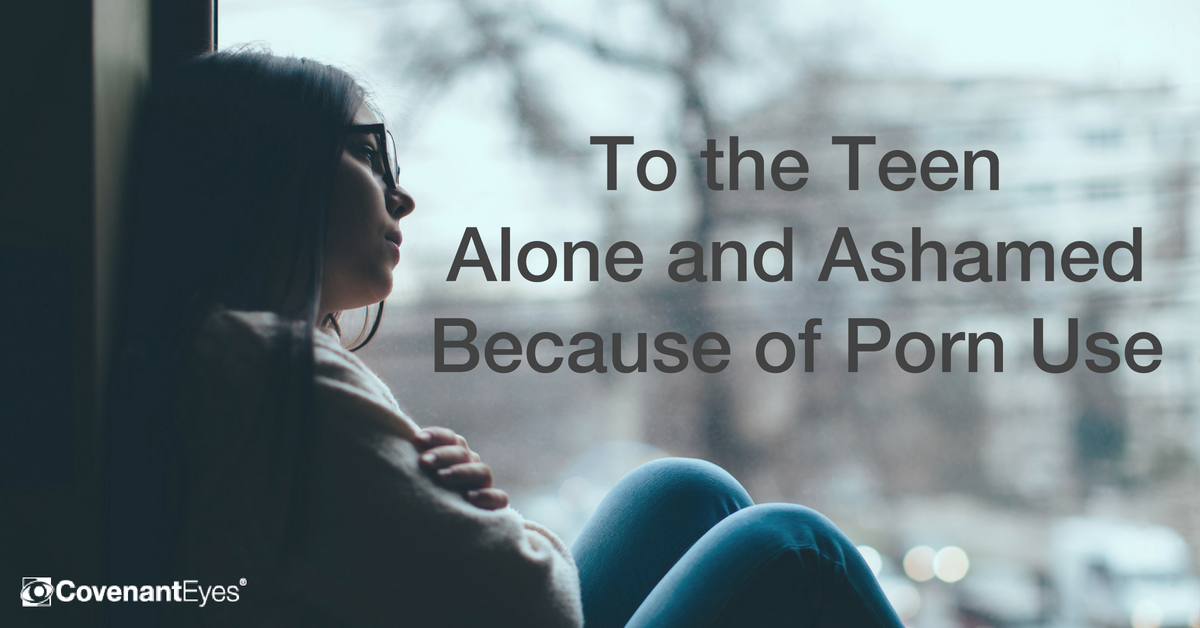 Shame Has No Age Limit

Shame affects kids, teens, and adults. I’ll never forget receiving a phone call from a distraught mother who found my website, and called to share the story of her 9-year-old son who had been sexually abused at a sleepover. He was now 11 and a complete emotional and relational mess. Mom finally got him to admit the source of his hurt–the abuse, but he felt so dirty and at fault that he kept this secret for two years. Mom and I talked about counseling solutions, we prayed, and I hung up, crushed at the idea that shame had such a devastating impact on this young boy.

Although the Covenant Eyes blog is directed primarily toward adults, I’m finding that as more and more teenagers are habitually consuming pornography, more and more young people are finding solace in our blog. Here they find a community of individuals who understand shame and it’s corrosive impact on our lives.

The Lonely Life of a Teen Struggling with Shame

“Your article is really…really helpful. I am teenager and a Christian. I’ve been stuck with this addiction for about 8 years or so. I just feel so tired and disgusted with myself. There was this one time I told my parents and my dad scolded me. That was when I was really young.

I feel as though God is so disappointed at me. I don’t wanna keep living like this. I feel so ashamed of myself. Sometimes I even try and comfort myself by telling myself that other teens do it all the time. But I don’t wanna become like that. I wanna be God’s child, but why can’t I stop. I try and read the word more and pray more too, but it’s like come to the point where I just don’t care anymore, I have no more guilt. But I still have this glimmer of hope and I don’t wanna lose it, I’m just so scared.”

But, it doesn’t have to be this way. To the teenager who reads this post and says, “That’s exactly how I feel. Afraid. Dirty. Unworthy. Unloved. Far from God.” I have a few words for you!

Shame and Guilt Are Not the Same Thing

First, a quick lesson on words. I know, this is a horrible way to start a word of encouragement, but words have meanings and meanings are significant.

Too many people–teens and adults–believe the lie that shame is something that they deserve. An apt label for a sinful, mistake-prone, stumbling, bumbling, terrible person. The enemy loves assigning labels and we are all-to-willing to accept them. Ask yourself if you’ve ever entertained whispering statements in your mind like this:

But, dear friend, please hear what I have to say next! Shame’s icy-cold grip is only as strong as the power you choose to give it. Each of those statements above have been handled by the Cross of Christ. Let’s change the script.

Grace Is the Antidote to the Shame We Feel

Shame says: “Remember when you messed up?”

Grace says: “God is very pleased with His creation. Shame wants you to look backward. God invites you to look forward. That’s Him, Your Loving Father, standing on the hill, with His arms stretched wide, just waiting for you to come home. God don’t care what about what’s happened. He just cares about being with you. Come as you are.”

Shame says: “You’re such a fake. If everyone only knew the real you.”

Grace says: “Has there ever been a secret you could keep from God? He sees the real you and He’s still right there. Loving you deeply. With an endless amount of grace and mercy. Fresh each morning. Is His deep desire that you would turn away from your sin and toward turn toward Him? Absolutely. But, until you choose to do that, He’s not going anywhere. Romans 8:1 reminds us, ‘Therefore, there is now no condemnation for those who are in Christ Jesus.’ You’re not a fake. You’re His.”

Grace says: “Guess what? You can’t fix this. God knew that from the beginning. Love begs for choice and by giving His people the power of choice He took a great risk. Choice won in the garden and so God had to provide a way back to Him. The cross of His Son, Jesus Christ, ‘fixed’ everything. It stands in the gap between your choices and His holiness. Ask for God’s forgiveness and He will pour it out upon you. Consistently. Endlessly. In your Bible, John said it this way, ‘If we confess our sins, He is faithful and just to forgive us our sins and to cleanse us from all unrighteousness.’ That’s what God does. He can’t help but forget the sins of those who reverently and humbly come to Him.”

Shame says: “Do you really believe God still loves you?”

Grace says: This is an old trick. The serpent used this one in the Garden of Eden. It worked there but it doesn’t have to work on you. Remember God doesn’t love like we love. It is who he IS. Love isn’t what he chooses or feels. It doesn’t come and go. It just IS. You can’t do anything to change that. You’re not that powerful. Remember the words of Romans 8:38-39, “For I am convinced that neither death nor life, neither angels nor demons, neither the present nor the future, nor any powers,neither height nor depth, nor anything else in all creation, will be able to separate us from the love of God that is in Christ Jesus our Lord.”

A Few Final Words About Shame and the Cross of Christ

Friend, in the hands of God, nothing is ruined. No circumstance, no mistake, no person is wasted or ruined. God’s baseline emotion toward you is mercy and compassion. The enemy certainly doesn’t want you to believe this. Your parents aren’t going to always get this right.

But the awesome power of Christ on the cross offered and accepted by you cannot be simply pushed to the side by your sinful choices. What Christ did was overcome the power of sin and death for us because we are foolish. We desperately depend on the sufficiency of the cross in the midst of our foolishness. So, my first encouragement to you is to run to the foot of the cross. Right now. Regardless of the pit you feel like you are standing in, there is no pit so deep that it is beyond the awesome and forever powerful cross of Jesus Christ. No shame. No condemnation.

And in the next few weeks, we’ll have a few more blog posts specifically for you about how to reach out for help, so make sure to check back.