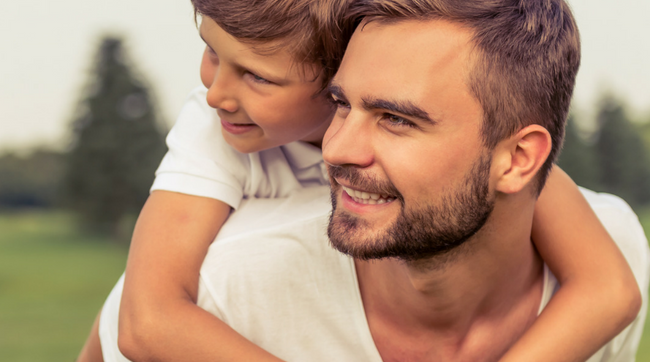 Why do we put off what we know we need to do, even when we know it is something very important? In my experience most parents know that modern day pornography is more dangerous than ever and that they need to regularly talk with their kids about it. However, my experience also demonstrates that a lot of parents put off these conversations until they discover their child has started viewing pornography. We do this because we are afraid.

I remember that fear! I remember how hard it was to move from knowing I needed to talk to my children, to planning a time to talk, and then actually getting the first few words out. My son tells the story this way:

“I remember my dad was very embarrassed the first time we started talking about sexual purity and pornography. I could tell he didn’t really know what to talk about. I could tell because he was scratching the back of his head and moving around a little too much and feeling all uneasy about it. I feel like talking about sex and pornography is a common fear among all parents.”

Let’s face it, there is something unnerving about talking to your own children about anything related to sexuality. Let’s look at some common fears among parents. 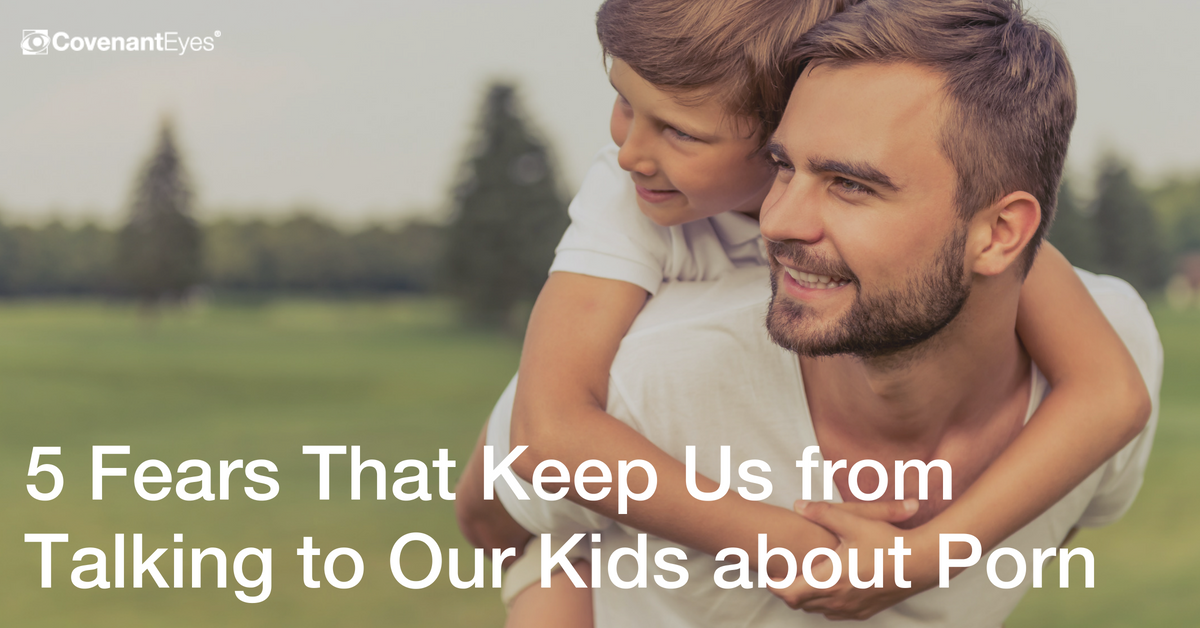 We Fear Our Children Won’t Talk to Us

Many of us remember being afraid to talk to our own parents about sex, much less pornography. When I was ten I had a question related to sex after hearing older boys talking. I recall the visceral feeling of fear in my chest when considering asking my parents for clarification. I somehow summoned the courage to ask my mother. I could tell she was embarrassed because she wouldn’t look at me when she responded. The response she gave was also so elusive I had no idea what she meant.

So, at the tender age of ten, I determined that parents were not the people to ask about sex and never asked them another question. They never brought anything up either, which affirmed my belief.

I projected this fear onto my children when I became a parent, assuming they would feel the same toward me. I didn’t stop to think that my fear as a child was based on negative experiences. I had managed to try to talk with my parents, and perhaps my children would be willing to try to talk with my wife and I. I was also in a position to ensure my children had a better experience with a first conversation about sex or pornography.

I have to admit that when I did talk to each of my children about sex the first time they did seem uncomfortable at first. But as my son indicated earlier, I was apparently more uncomfortable than they were. They got passed their initial discomfort rather quickly. Not all children are uncomfortable discussing pornography, however. I’ve heard other parents say their children were completely open to talking with them about pornography or sex from the start. My experience mentoring families is that parents are more afraid to talk than children are. The fear our children won’t talk to us, while understandable, is not as relevant as it feels.

We Fear We Don’t Know Enough

The sexual information children are being exposed to these days changes so fast that it’s easy to feel overwhelmed and give up. We may feel inadequately informed to take on such a large task as guiding our children to sexual purity. It is true that few of us were taught by our parents how to talk about pornography so we have no example to follow.

On the other hand, the number of resources to help parents navigate these conversations is quickly growing. There are now books, DVDs, and online videos to help parents have appropriate conversations about the dangers of pornography and how to avoid it. There are fewer excuses every day not to start this conversation with our children. The danger to our children has become too great for us to ignore this topic with them. The fear we don’t know enough is easily overcome by simply using the tools now available to parents.

A common question parents ask me is, “Isn’t it dangerous to talk to my child about pornography because it might make them curious to go find it?” The fear is that a child may not know pornography exists and upon hearing about it would become curious and go try to find it.

In my work with parents I hear so many stories of parents thinking their child is too young to be introduced to the idea of pornography only to find out soon after that their child has already been exposed to it. Is it not far better for the parent to be the one to introduce a child to what is out there and prepare them to deal with that information? Being silent and hoping our children won’t be exposed to sexual misinformation is a recipe for disaster. Children can’t be protected if they don’t know what to look out for.

We Fear We Are Bad Examples

Many of us have our own stories of sexual brokenness from the past or possibly the present. Even if we carry sexual brokenness that is not related to pornography use a parent can fear they are bad examples to follow.

Sexual brokenness could come in the form of poor sexual choices, sexual abuse, sexual naiveté before marriage, our own pornography use, or the use of pornography by others. Any of these common experiences could leave a parent feeling they are poor examples and not good instructors for their children.

My wife and I discovered that when it came to parenting our children toward purity it was actually helpful that our pasts were imperfect. The truth we discovered is we do have experience, successful or not, with confronting sexual temptation and pornography. The form temptation comes in may have changed in our children’s generation, but the feelings inside have not.

Whatever sexual brokenness you bring to the table does not disqualify you, it qualifies you to help your children. What children really fear is that we won’t understand what they are tempted with. Because of our past failures, we do understand, and that is what our kids care about most. Your story empowers you to guide your children. Your story can empower your children to live healthier lives.

We Think We Have Nothing to Fear

Or rather than fear keeping us from talking to our kids, maybe it’s actually a lack of fear or concern that holds us back. “My child is not interested in porn.” I hear this often even from parents of older children or teens. A parent looks at their adorable child and observes how they act and cannot imagine that child ever wanting to see pornography, so the topic is left unmentioned. I’ve also heard parents say, “I know I need to talk to this child, but I don’t think I need to talk the other one yet,” even when “the other one” is in middle school.

I was that child. I was the kid every parent in church wished their child would act like. I was innocent in so many ways, kind to everyone, and I obviously loved God. However, I was exposed to pornography at age nine and by thirteen had a huge collection of magazines to binge on in secret. No one talked to me because they couldn’t imagine I would be interested in pornography. I certainly wish someone would have because I was quite miserable inside as a boy due to my divided personality.

God designed us all as sexual beings. It is unfair to a child to assume they are not the kind who would be drawn to pornography, no matter how innocent they appear on the outside. Even the few children who may not be attracted to pornography will still be exposed to it and need to be able to talk through those experiences.

All of the above examples are all understandable fears and I don’t want to diminish that reality. However, the danger presented by the current form of pornography surrounding our children trumps our fears. This is simply too important to ignore. To remain silent because we are afraid to proceed only sentences our children to a future of sexual brokenness.

The example my wife and I have to offer is simply that we stepped out and did the best we could. We made a lot of mistakes along the way. We hesitated too long at times to bring up a discussion we knew was necessary and we talked too much about pornography at times. We didn’t know what we were doing but our children accepted our willingness to try to help them. We did worry that telling our children about pornography would make them want to go find it, but they have since told us that was not at all the case. Our own childhood histories were terrible examples, yet being honest about that made our children more interested in talking with us.

Through all these fears my wife and I stepped out and did the best we could. Our attempts were anything but perfect but our children were helped significantly in the process. My challenge to you is that you would dare to do the same.

The thing that helped me finally have the courage to talk to my children about pornography was sharing with another dad what I knew I needed to do and what I was afraid of.

My challenge to parents reading this would be to share with your spouse or another parent one thing you know you need to talk with your children about and what fear is standing in the way.