4 Reasons Women Struggle to Be Honest About Their Sexual Sin 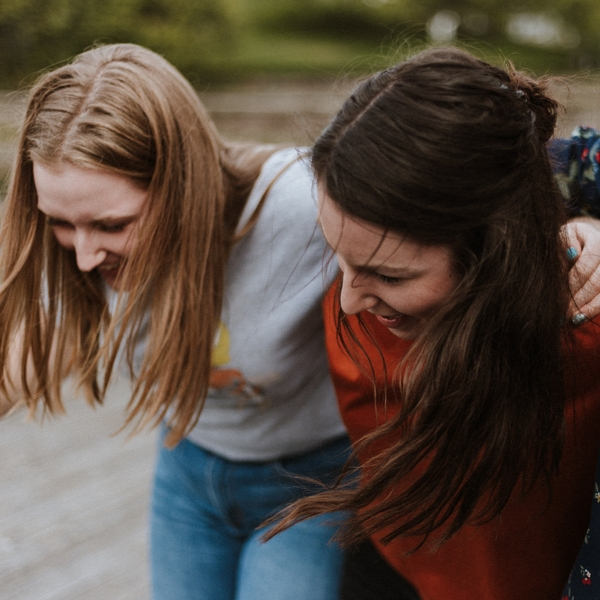 But I knew that wouldn’t work. Sin always has a way of making its way to the light. As a “church-going Christian woman,” I felt so ashamed and embarrassed that I struggled with lust.

I thought sexual sin was supposed to be a male issue.

I assumed I was the odd one out, which made me less interested in sharing honestly about my struggles. I figured I was just a strange female with a hyper sensitive sexual drive.

If only I had known then what I know now. I wasn’t the odd one out. I wasn’t a weird female. I wasn’t even hypersensitive. I was (and am) a very normal female with common sexual temptations and struggles.

This has become even more apparent as I’ve worked in GirlDefined Ministries for the past four years. I’ve received hundreds of emails and comments from Christian girls and women—just like me—who think they’re the only ones struggling.

As I scan through the many emails, I feel like I’m reading my own story. Each woman shares how hard it is for her to be honest. To be open. To tell someone. She feels alone and isolated in her sexual struggles.

As women, being open and honest about our sexual struggles isn’t easy.

This fact really got me thinking. Why is it so hard for us to speak up? To get help? To confess our sexual sin? As I’ve interacted with dozens of women on this topic, the reasons seem to be similar across the board. There are common threads in how we’re all feeling.

After gathering the data, I narrowed it down to four reasons why we as Christian women aren’t honest about our sexual struggles.

Each “reason” begins with a lie. And these lies are what often keep us from being honest. If you struggle with being open and honest about your own sexual sin, see if any of these four lies ring true in your life.

Lie 1: I’m the only female who struggles with lust and temptation.

I believed I was the only female who struggled with sexual sin. This made it feel impossible to be honest. However, the more I realized that I wasn’t alone in the struggle, the easier it was for me to confess my sin and seek accountability. Sister, you’re not alone either.

Lie 2: Sexual sin is supposed to be a “male issue,” so I must be weird.

Bookstores are filled with purity books directed toward men. Churches often host purity studies for men. Whenever lust is mentioned, it’s often referred to as a “man’s struggle.” This reality has caused many Christian women to feel isolated, alone, and weird when it comes to their own sexual struggles.

But the reality is, we are not weird. As Romans 3:23 says, “For all have sinned and fall short of the glory of God.” As women, we are sinners who struggle with sin too. Yes, even sexual sin. Lust is a female problem too.

Related: Not Just a Man’s Problem

Lie 3: Everybody views me as the “good Christian woman,” so I can’t be honest.

Our reputation and pride often keep us from being honest about our own sin. Ironically, by staying silent, we’re actually being even more dishonest about who we truly are. Don’t let your “good Christian woman” image keep you from being authentic about where you’re at.

Christ died on the cross because we’re sinners—not because we’re perfect Christian women (Romans 3:10). We desperately need His transforming grace and forgiveness in our lives. Confessing our sin is the only sure path to freedom.

Lie 4: Maybe what I’m doing isn’t really that bad after all.

The longer we keep our sin hidden, the more we will try to protect it, excuse it, and shield it. We tell ourselves the lie that “it’s not that bad.” We convince ourselves time and time again that it’s okay. That it’s not hurting anyone.

What finally brought me to my knees and compelled me to confess my own sexual struggles was the reality of how ugly my sin was before God. When I held my sin up next to God’s holiness and beauty, I fell to my knees in brokenness and repentance. I realized that I had been worshiping my own desires and pleasure above my Creator. Jesus is worthy to be honored and praised (Revelation 4:11). May we strive after holiness in every corner of our lives.

Did any of those four lies ring true in your own heart?

If you’re currently struggling to be honest about your sexual sin, I can’t encourage you enough to reject the lies and pursue truth. Talk to someone. Maybe a good friend, a mentor, or just any godly woman. Freedom begins by bringing your sin into the light.

James 5:16 says, “Therefore, confess your sins to one another and pray for one another, that you may be healed. The prayer of a righteous person has great power as it is working.”