No one explained to me before marriage how pornography use would affect my sex life. Everyone said it was bad, but no one really said why. As far as I could tell as a young man in my twenties, everyone else used pornography and later got married and seemed to do fine. So I made no real effort to stop myself. 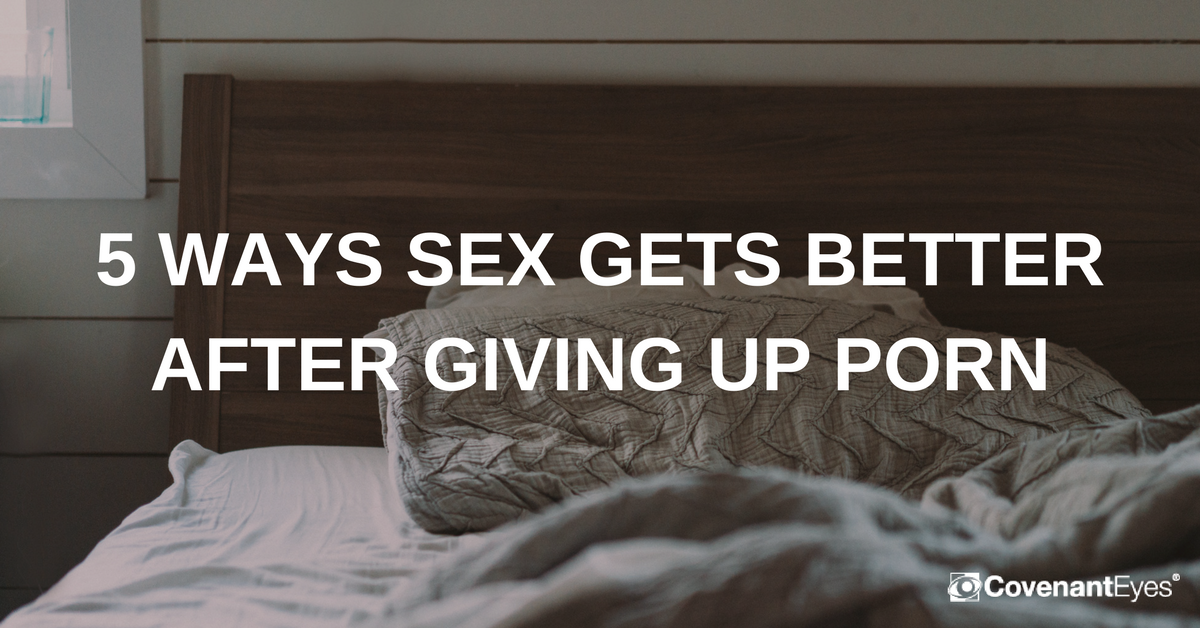 My first surprise was that my desire to use pornography did not go away after I got married. It did for a few weeks, but it came back with a vengeance after that. Why did I want what was artificial when I now had the real thing?

I wanted to stop. I even tried to stop. Maybe I just didn’t have enough motivation. I really didn’t have much of a before and after comparison of my life when it came to pornography use, since it had always been lurking around in the shadows since I first developed any interest in sex.

I finally did seek out help and eventually stopped looking at pornography. Only afterward did I finally experience what it was like to live without it. I was amazed at how differently I felt, almost all the time.

My spouse became more arousing to me.

With pornography out of the picture, my sexual interest no longer had so many outside distractions. When my wife was the only thing I was focusing on sexually, the power behind that focus increased significantly. When the pornography was gone, I noticed my wife more and she started looking better and better to me (not that she ever looked bad, mind you).

Another thing I noticed, as I focused all my sexual energy only on my wife, my interest in her increased rather than decreased. It is completely untrue that sex with one person becomes boring, at least in my experience.

I feel joy after sex, not shame.

Since I had started using pornography as a boy, any pleasure that came as a result of it always ended with feelings of shame. After I married, it was hard to keep pornographic images out of my head during sex, which left me feeling like a fraud. I knew my wife didn’t really know who she was sleeping with. I have to admit that I often had a lingering feeling of guilt and “dirtiness” after sex.

After leaving pornography, I learned to focus on my wife during sex. It felt amazing to be so present and to know my wife was interacting with a part of me I was not ashamed of. It was an amazing new experience to lay with my wife after sex and feel true peace and joy instead of shame.

I should be clear that sex was never bad before, but it certainly got better after. Sex became something more than just a way to feel good. Once outside influences like pornography were gone, sex drew my wife and I together, as it is supposed to. I began to feel much more connected to my wife. We were able to start talking about our sex life and making positive changes.

My wife apparently liked who I was a lot more after I gave up pornography. The first year after I got help was tough because we both had a lot to work through. But, once we both had some healing, she wanted sex more often.

Related: Should Married Couples Fast from Sex During Porn-Detox?

I had heard old people tell me when I was 20 that they had better sex in old age than when they were first married. The idea repulsed me at the time more than it gave me hope. However, I have found their words to be true. By focusing all my sexual energy in one direction it became more powerful. It’s like constricting the water from a garden hose into the tight stream of a pressure washer causes it to be more powerful. Sex is actually more powerful now as an older and more sexually focused man than it was when I was younger and less focused.

It is true that whether a person is married or single, pornography use will do nothing but mess up their current or future sex life. However, if someone would have shared this with me in my twenties, I probably would have listened more if they talked about how not using porn makes sex better, rather than how it messes it up. I’ve found it more effective to move toward a positive goal than move away from something I want to stop. God made sex for us, and sex is good. I want to do all I can to keep it that way.