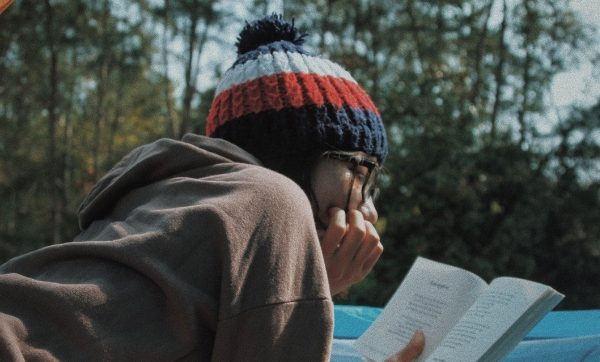 Bobby Angel is a campus minister and theology teacher at an all-boys' Catholic high school in California. He enjoys writing, surfing, and drinking too much coffee. He and his wife, Jackie, travel often and speak to youth and young adult audiences, sharing the Gospel and the call to a life of chastity. They have two beautiful daughters who won’t let them sleep. Connect with Bobby at jackieandbobby.com.

I remember walking through an airport terminal and seeing a giant poster for the film 50 Shades of Grey. Now, this was an airport terminal where you have people of all ages (including children) and all walks of life seeing this marketing try to normalize acts of sexual violence between partners. As a man, I was more than a bit shocked by the brazenness of this massive advertisement and how telling it was of how far we’ve come undone as a culture.

Well, what is the real purpose behind a “romantic novel”? Chiefly, it’s escape.

But escape into what?

As a Catholic Christian man, I know I am called to a higher standard than the faux-masculinity these novels present. The Catechism of the Catholic Church teaches, “Pornography consists in removing real or simulated sexual acts from the intimacy of the partners, in order to display them deliberately to third parties. It offends against chastity because it perverts the conjugal act, the intimate giving of spouses to each other. It does grave injury to the dignity of its participants (actors, vendors, the public), since each one becomes an object of base pleasure and illicit profit for others. ”

Great books feed our souls and have something to tell us about the human condition, raising our eyes and hearts upward to the greatness to which we are called. We are made in God’s image and likeness, meant for authentic love and to have this love reflected in our art and literature. We shouldn’t settle for less.