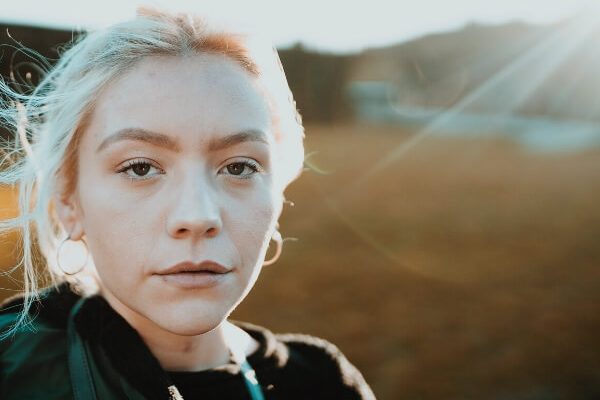 As someone who was once deeply trapped in the web of pornography, I can now look back and recognize several lies I believed without question during that time. Since sharing my story with many people over the years, I have found that these lies are not unique to my own story at all. Many of us have silently accepted these lies as truth, when they are anything but truth.

TRUTH: My heart didn’t start to heal until I told someone.

Little did I realize, not telling anyone would have been my biggest mistake. Confessing my struggle is what helped set me free. Strongholds like pornography grow in the dark, and when they are brought into the light (telling someone) their chains start to loosen. I still had a long road ahead of me, but the day I confessed my struggle to my husband was the day my healing started. It was the scariest but one of the most important parts of my journey.

If you are struggling with pornography, I encourage you to pray about someone you can talk to. Telling someone may seem absolutely horrifying, but it will aid in your freedom. As long as you carry this secret sin on your own, it will eat you alive from the inside out. Telling someone breaks off part of the stronghold and allows the process of healing to begin.

Lie #2: I don’t know any other women who struggle with pornography.

I thought I was the only Christian woman who struggled in this way. I felt like a freak of nature. When I searched for help online, all I found were resources for men and support for women whose husbands were addicted. I felt so alone. Any sermon I had ever heard preached on pornography (which wasn’t very often) was in reference to men. Believing I was the only woman I knew who was trapped in this struggle increased the shame I already felt so deeply.

TRUTH: Most likely, there are other women in your own church and maybe even in your own circle of friends who secretly know all too well what you are dealing with.

When I first shared my story on my blog, I started receiving emails from other women who were also struggling. In addition, I had a few women in my own life who confessed their addictions to pornography to me once they heard of my own. Many thought they were alone until they heard the testimony of another woman who finally spoke up. Be encouraged! There are many women, like myself, who have found healing in their lives and freedom from pornography. This is available for you, too!

As women, we put ourselves in the place of the women we see in porn. We want to look like them, or we even imagine being sexually desired in that same way. Mix in the heightened sexual arousal that pornography is designed to provoke, and it is no wonder many women start questioning their sexuality afterwards. Pornography warps our view of sex, sexuality and what true intimacy is. This is one of the reasons it is so important to know who God created us to be. The enemy can be relentless in attacking our identity. We are going to be led all over the place in directions we were never meant to go if we don’t know and embrace our true identity in Christ.

I felt such guilt and shame for the pornography I continued to seek after. I believed God was angry with me, and I was convinced He turned away from me. I was absolutely disgusted with myself, and I couldn’t imagine that He felt any differently. I pictured myself turning to Him for help, but all I envisioned was Him pointing His finger in my face and walking away from me. I was aware of how destructive my actions had become. I felt so ashamed and thought I went too far to receive His grace, mercy or forgiveness.

TRUTH: It was only through God’s forgiveness, grace and love for me that I was able to begin the journey of Him healing my heart so I could be set free.

God certainly did not approve of my sin, but I didn’t realize He was not going to turn away from me when I reached out to Him for help. Did I mess up along the way? Yes. As I learned how to seek Him first and keep my eyes on Him, I started to see much more progress along the way. Knowing that God was my strength and that He would never give up on me gave me the determination I needed to persevere during the toughest of times.

I craved pornography all the time. When I would stop trying to watch it, my mind was on constant replay of all the scenes I had previously watched. I lived in a fantasy world. It numbed the feelings I did not want, and it also helped me to escape into a world I could never get enough of.

I was convinced there was something very wrong with me, because I kept craving the very scenes that I hated myself for.

TRUTH: What I was truly craving was the intimacy God created me to have.

Regret is not an adequate word to describe the pain I felt when I was repeatedly unable to rid myself of the compulsions and pictures in my mind I did not used to have. Many of you know exactly what I mean. I wanted to feel pure and not constantly be reminded of how I corrupted my mind had become. I wanted the marriage God designed me to have, but because of the horrific choices I made I was afraid it was too late.

TRUTH: I have found lasting healing for my heart and brain.

As I started taking steps to guard my eyes and my heart, I also started surrendering my thought life to God. As I was diligent in this, I started to find the hope I needed to see a future free of pornography. This was not an overnight process. There were times I felt like nothing was changing, but I kept moving forward. I can now say that my brain has not been ruined forever. Many of those images that were burned into my brain have subsided as I learned how to fight against them.

Do you recognize any lies that you have been believing?

I want to reiterate that if you are struggling with pornography and have not told anyone, please pray about who you can talk to. As God has healed my heart, I have been set free from a pornography addiction and the fantasies that go along with it. This has been a long process, but God has restored so much to me, and He can do the same for you.