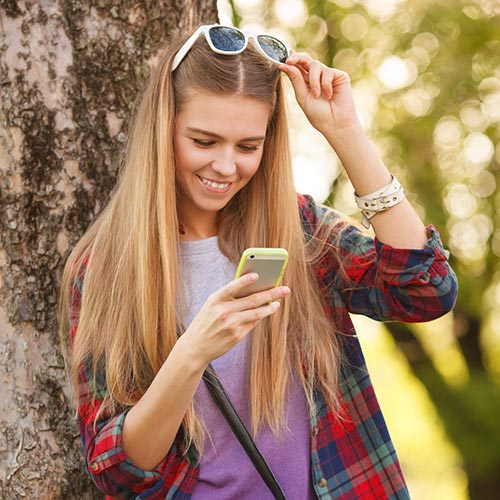 In today’s culture, sexting is becoming more and more common. Let’s look at 7 facts parents need to know about this trend.

1. Sexting is sending nude or otherwise provocative images of yourself online or through your cell phone.

3. Regardless of how common sending or receiving sexts is, surveys show it is a fairly visible activity amongst teens and young adults.

When 535 students from 18 schools in South West UK responded to a survey, 39% said at least one of their friends has “shared intimate pictures/video” with a boyfriend or girlfriend. When the same students were asked how many incidents of sexting in the past year they were aware of, 50% said “one or two” incidents, 19% said “a few,” and 24% said it happens regularly or all the time.

4. The most common person a sexter sends pictures or video to is a boyfriend or girlfriend.

5. According to a National Campaign survey, the most common reason why a teen sends or posts a sext is to be “fun or flirtatious.” Additionally, 43% said they have sent sexts as a “sexy” present for their boyfriend or girlfriend, 25% “to get a guy or girl’s attention,” and 24% “to feel sexy.”

6. Sexts can be easily forwarded or shown to others. Estimates found by the MTV/Associated Press state that 18% of young people say they have shared sexts sent to them with another person.

7. Sexting can easily go awry. According to danah boyd, a Principle Researcher at Microsoft Research, the stories she hears visiting schools becomes quickly formulaic. “Formal #1: Boy and girl are dating, images are shared. Boy and girl break up. Spurned lover shames the other by spreading images. Formula #2: Girl really likes boy, sends him sexy images. He responds by sharing them, shaming her.”