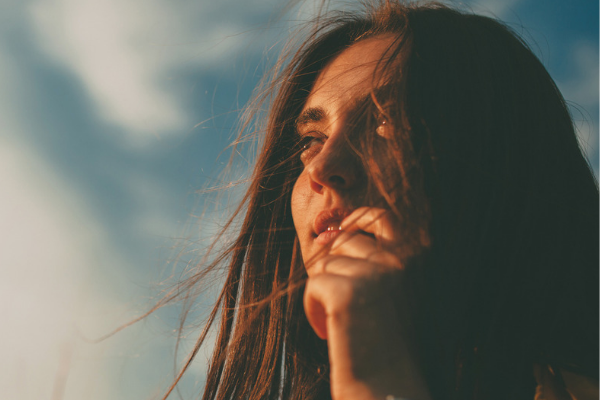 I was suddenly filled with panic.

It had been a long time since I saw such a graphic picture. My heart started racing, and I was afraid of where my mind would go. As I put my phone down, my normal response would have been, “God, please help me.” This time I did something different. I started praying for her.

“For our struggle is not against flesh and blood, but against the rulers, against the powers, against the world forces of this darkness, against the spiritual forces of wickedness in the heavenly places” (Eph. 6:12, NASB).Porn is not just a physical battle. There is a very real spiritual side that presents itself behind the scenes, and this needs to be part of our battle plan as we fight against it. As I continued to pray for her, my fear and the racing of my heart and mind eventually subsided.

I was determined to see her as God does.

She is a real person with real feelings, not just a fantasy.

This is a heart issue, and Jesus heals hearts.

I encourage you to pray for these men and women when an image surfaces in your mind. Maybe you don’t feel like praying for them. This is exactly why you need to. This is a heart issue. When we see people as God does, we will not lust after them. (This is a process.)

Praying for these men and women not only helps to shift your focus away from what’s going on in your mind and body, but it helps to refocus the way you look at them. Even if the pictures in your mind are not of specific people you know or remember, praying for them invites God directly into the situation. He is a supernatural God who works supernaturally through our prayers.

As I have persisted in doing this, the clarity of the pictures in my mind and the allure they once had over me has diminished greatly. Prayer is powerful! Jesus not only works in the lives of those being prayed for, but He can change and soften the hearts of those who pray.

I encourage you to follow this process so Jesus can restore your mind. He can also restore the way you see others, so you start to see them as He does. Keep persevering! Do not give up. He can heal your heart and mind and set you free.