Dismantling the Myth: "You Can Look, But You Just Can't Touch" - Covenant Eyes 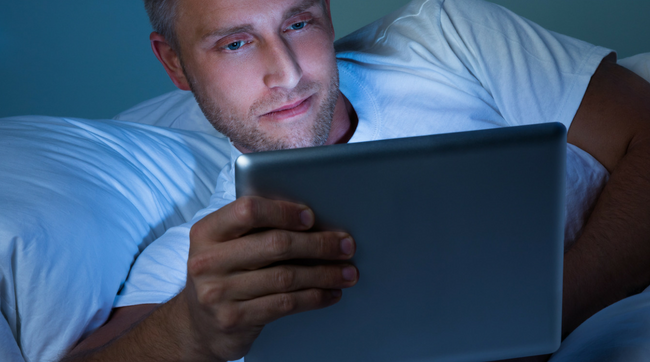 James Cordrey is an author, blogger, and speaker who trains men how to fight for purity and freedom so they can escape the snare of pornography. He leads men on a journey of becoming the warriors they were designed to be in order that they may influence the world and their relationships for good. He loves the arts, the outdoors, sports, a good cup of tea, and stimulating conversation. James live near Philadelphia with his wife and three children. He more of his stuff at intentionalwarriors.com.

Years ago I worked with a guy who was very open about the fact that he looked at pornography.

My co-worker’s motto was: “You can look. You just can’t touch.”

I was in my late 20s and I had certainly heard that saying before. In fact, I was secretly living by that same motto even though I was a Christian and I knew I shouldn’t be looking at all.

I kept up a front, telling my co-worker and others that “You can look, you just can’t touch” was not true—because that is what a Christian man is supposed to say—but the hidden reality of my life was something else.

I had bought into the lie that looking wasn’t such a big deal. But if “just looking” were truly innocent, my life would never have fallen apart the way it did.

I should have known this based on Matthew 5:27-28. In that passage, Jesus says that the man who “looks at a woman lustfully has already committed adultery with her in his heart.”

The truth was, until I got serious about dealing with my addictive pattern, I had always thought Jesus was expecting too much of people—at least of me—and He didn’t understand that not looking at women lustfully was simply impossible.

Jesus knew that looking actually changes you. It conditions you to think of people as nothing more than sexual objects, which damages your ability to simply relate to other people as, well, people.

Watch a lot of pornography, and before long the only way you are able to look at women is lustfully.

Even Science Shows the Negative Effect of “You Can Look, but You Can’t Touch”

In his book The Brain That Changes Itself, Norman Doidge writes:

Pornography seems, at first glance, to be a purely instinctual matter: sexually explicit pictures trigger instinctual responses, which are the product of millions of years of evolution. But if that were true, pornography would be unchanging.

Doidge goes on to say that he made an interesting discovery as a result of talking to his male patients who viewed pornography.

They reported increasing difficulty in being turned on by their actual sexual partners, spouses or girlfriends, though they still considered them objectively attractive.

The same thing happens if your form of pornography is lusting after women as you are out and about. Neuroplastic change is occurring, as is a re-shaping of the desires of your heart.

The Apostle Paul understood this concept. Although not speaking directly about pornography and its effect on our brains, Paul issues a broad call in Romans 12:2 when he writes: “Do not conform any longer to the pattern of this world, but be transformed by the renewing of your mind.”

The renewing of our minds that Paul calls for corresponds to the forming of new neural pathways that Doidge describes in his book.

Jesus told us to love the Lord our God with all of our heart, soul, mind and strength (Mark 12:30), and that underscores a core teaching in scripture: when we worship—whatever it is we worship—we do it with every part of ourselves.

10 comments on “Dismantling the Myth: “You Can Look, But You Just Can’t Touch””