Dr. Peter Kleponis is a Licensed Clinical Therapist and Assistant Director of Comprehensive Counseling Services in Conshohocken, PA.  He holds an M.A. in Clinical-Counseling Psychology from LaSalle University in Philadelphia, PA, and a Ph.D. in General Psychology from Capella University in Minneapolis, MN. Dr. Kleponis specializes in marriage & family therapy, pastoral counseling, resolving anger, men’s issues, and pornography addiction recovery. He is the author of Integrity Restored: Helping Catholic Families Win the Battle Against Pornography.

Instead of owning up to it, apologizing and ending his pornography use, Rich dismissed Christine’s objections and tried to justify his actions by claiming, “It’s a guy thing. All guys do it occasionally. What’s the big deal?” Christine was shocked. She couldn’t believe what she was hearing! Instead of reacting in anger, she decided to seek professional help to deal with this issue. So she spoke to a therapist who specializes in sexual addiction.

He couldn’t have both. By the tone of her voice, Rich knew she was serious about this. 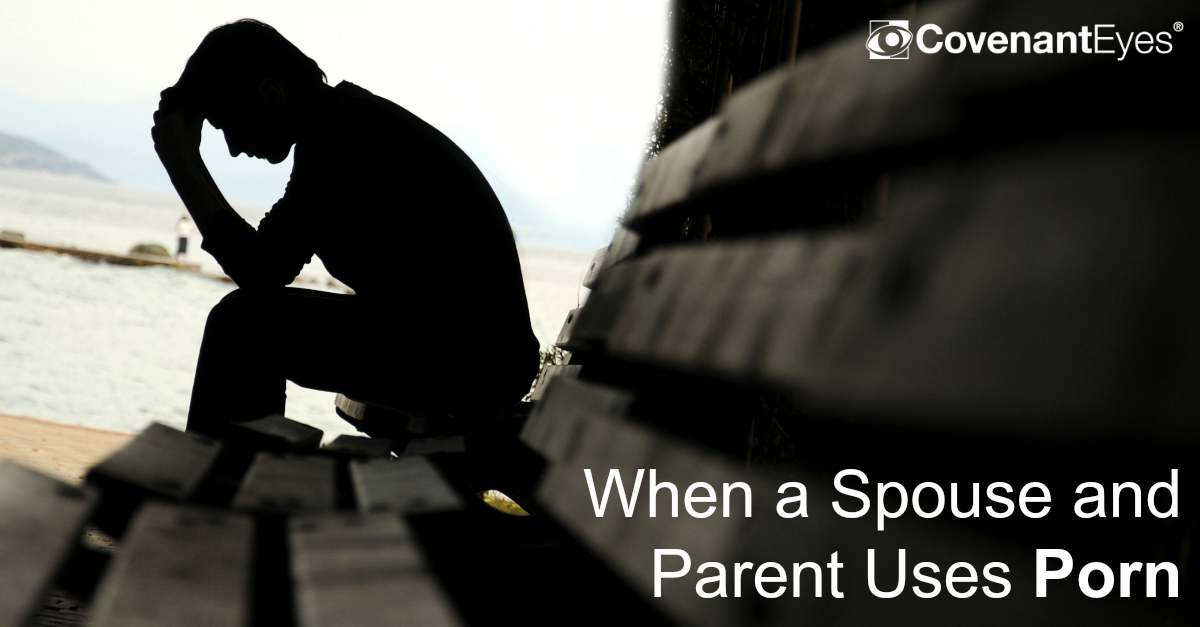 To help Rich understand why Christine was so against pornography, she recommended they educate themselves about the dangers of pornography. Through books, videos, and websites they became more aware of just how damaging pornography can be. Some of the resources they used included:

In addition to protecting their marriage, Rich and Christine wanted to protect their three young children. Through their research, Rich and Christine learned how damaging pornography is to young developing minds. The learned that exposing their children to pornography could increase the odds that they would become addicted to it as teens or young adults. Rich also learned that to protect his children, he would need to be a good role model not only for avoiding pornography, but also in living a strong, virtuous life. Rich committed to becoming a strong leader, provider and protector for his wife and children.

To protect themselves and their children, Rich and Christine began to carefully monitor all the media they and their children could be exposed to at home. This meant monitoring the television programs they watched. They blocked shows and networks they believed would be harmful.

They also monitored all use of the Internet. Rich and Christine installed Covenant Eyes on all devices that had access to the Internet. These included their computers, cell phones, tablets and e-readers. In addition, they limited their children’s screen time. This included the television, computer, Internet, video games, cell phone, tablet, e-reader, etc. They limited their children to two hours per day total and themselves to three hours a day. When their children were using any media, Rich and Christine were also sure to be there to supervise it.

Rich and Christine’s children are James (age 11), Amanda (age 10) and Melissa (age 8). To protect Melissa, they were vigilant to monitor all media she encountered. For James and Amanda, however, they knew they needed to begin to educate them on the dangers of the pornography. To do this, Rich and Christine watched Unfiltered: Equipping Parents for an Ongoing Conversation about Internet Pornography. They also read Good Pictures, Bad Pictures: Porn-proofing Today’s Young Kids with James and Amanda. Rich read it with James and Christine read it with Amanda.

Because their older kids are now in middle school, Rich and Christine also felt it was important to teach them how to use social media responsibly. To do this they read @Sophie Takes A #Selfie: Rules and Etiquette for Taking Good Care Before You Share with James and Amanda. Rich and Christine continue to have regular conversations with their kids about their media use, how it can be helpful and how it can be harmful.

In addition to education and protection, Rich and Christine sought professional help to address their pornography problem. Christine initially contacted a therapist for advice on how to address the issue with Rich. Now it was important for Rich to be evaluated to determine if he was struggling with a pornography addiction. While he was reluctant to do this, he submitted to Christine’s request for the sake of their marriage. He met with a therapist who was certified in the diagnosis and treatment of sexual addiction.

Because Rich’s pornography use had wounded Christine so deeply, they participated in several marital therapy sessions. Rich needed to understand how his actions had hurt her. Christine also needed a place to heal from the betrayal trauma she had experienced. She also needed to understand that she was in no way responsible for his pornography use and that it had nothing to do with her beauty and desirability as a woman.

While it took an ultimatum to get Rich to address the problem of pornography in their lives, he was eventually grateful for it. He came to realize that what he thought was “harmless adult entertainment,” was actually having a devastating effect on his marriage and could seriously harm his children. By educating themselves on the dangers of pornography, Rich and Christine were able to clearly understand how Rich’s pornography use was hurting them and their marriage. They could clearly see the dangers it posed to their children. They were then able to take the steps needed to rid their lives of pornography and protect themselves and their children.

Through counseling, Rich was able to understand and resolve the root causes of his pornography use. In marital counseling, they were able to heal and restore their marriage. Now their marriage is stronger and healthier than ever. Their kids also notice this. There is more peace and harmony in the home.

Confronting a family member who uses pornography is never easy, especially when it’s a spouse and parent. Often an ultimatum is needed to get their attention. However, in my experience, when this is needed it is frequently successful. It does require educating the family member so he understands why you want pornography out of your lives, how to eliminate it, and how protect yourselves and your family from it returning in the future.