Note: This post was originally a podcast, and has been modified slightly. 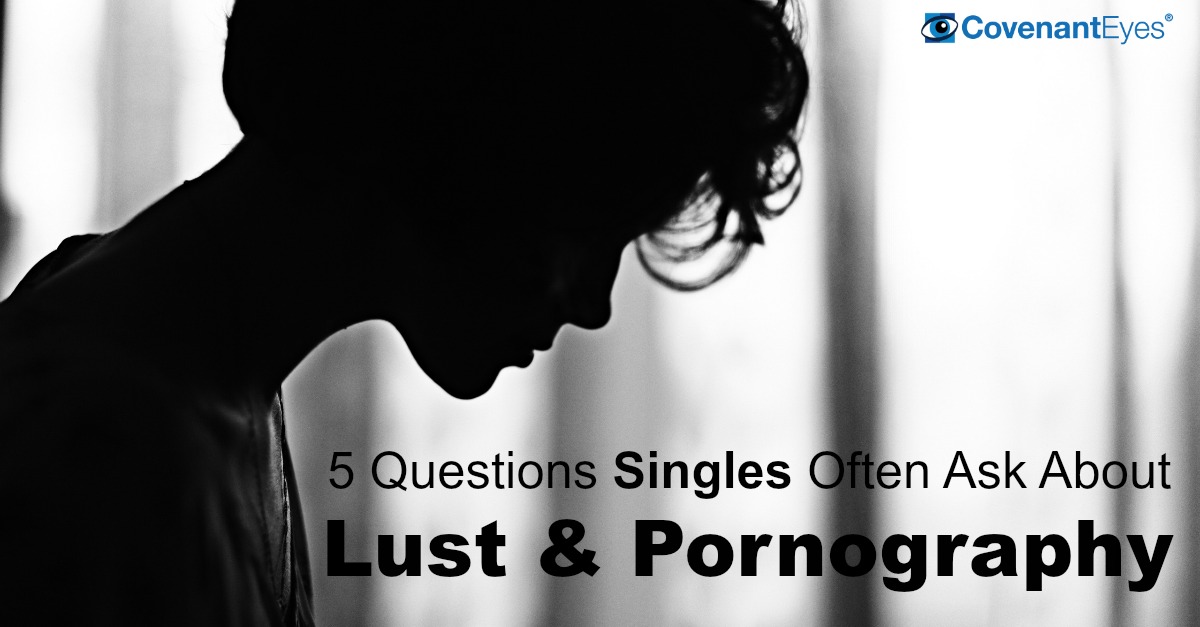 1. What does healthy sexuality look like for a single person?

That’s really the issue. We’re single, but we have sex drives. When we’re Christ-followers, we’re not supposed to be ruled by our passions, which includes our sex drives, and also includes our anger, our tendency to lie, our tendency to overeat, whatever. So when I say, “As single Christians, healthy sexuality means not acting on our sexuality,” that’s because we’re supposed to put our sexuality in line with Christ, and the Bible tells us to save sex for marriage.

The question then becomes, if I’m not supposed to be acting on my sexual urges, how do I live life as a Christ-like single?

The answer starts with getting closer to Jesus. This means going to church regularly, but it especially means getting into the Bible on your own and reading it daily and building up trust in God that way. The more you let the Bible sink in and fill you, the more God will be able to do the work of transforming you into his image. You can’t expect the average plant to grow without sunlight and water, and reading the Bible and prayer is that sunlight and water.

In just reading a chapter or two a day over the last several years, I’ve read the Bible enough times that random verses or passages will just come to mind when I need them (the unquestionable work of the Holy Spirit). This is especially true when I’m lonely or discouraged: verses of comfort will come to mind. And that’s not because I’m some sort of spiritual superhero, because I’m really not. I’ve just read the Bible a lot, and through that have gotten closer to Jesus, and through that have grown in faith, and temptations have decreased. Not disappeared, of course, but it’s easier to avoid temptation when you’re clinging to something better.

As created beings, our sex drive really doesn’t go away. We’re just learning to not be mastered by it, to thank God that he’s created us as relational beings, and to thank him for the blessings he’s poured into our lives instead.

So what does this mean practically?

My friend said that one key thing was being accountable to people that he was going to tell her in the first place. Otherwise he was likely to just continue to keep it a secret, which probably would have made it worse whenever she would have to discovered it. One night he finally blurted it out, which he said was the hardest part. She was, naturally, pretty hurt and taken aback, and the whole situation was pretty uncomfortable for the first week in particular. She had a lot of questions, which he tried to answer as truthfully as he could, and he showed her specific steps he was taking to break free, like being accountable to others. He listed four key components:

In his words, “I have learned, in pretty much every area of life, that it’s better to deal with things early than to allow them to fester.”

4. What are some practical steps that I can take to break free? Does marriage solve the problem?

Accountability is critical. An accountability partner is someone who’s got your back, who will ask the tough questions but also gives you grace and healing. It’s also a close personal relationship. One of the biggest problems singles face is that we were born for community and fellowship. We’re social creatures. When we don’t have a spouse, someone who we share our lives with daily, it hurts. And so accountability at its best also means offloading your life burdens to another person, and sharing in theirs.

Change your media intake, which helps you stop thinking of the world as your cage and start thinking of it as your park. There is good media, and there is bad media. We look around and everyone on TV and in the movies is having sex. When I was a teen, there was a song—and don’t look it up, because it’s terrible—with the chorus, “You and me, baby, ain’t nothing but mammals so let’s do it like they do on the Discovery Channel,” and the lyrics just get worse from there. I got to the point where I’d hear the first few measures on the radio and change the station because I didn’t want to hear that junk.

I had to stop watching How I Met Your Mother for the same reason: it was about a guy telling his kids about all the women he slept with on his journey to meeting their mother, which is kind of disgusting. Ted Mosby’s discontent as a single was the entire purpose of the show. And even though he enjoyed life and enjoy his friends, not once did the show ever really step back with him and say, “Hey, I’m Ted Mosby, and I’m honestly okay with not dating around right now. It’s giving me a chance to focus on my architecture work, and spend time with my best friends.” When you’re filling your mind with this sort of lie, pretty soon you start to believe it. You’re turning singleness into a prison, when in reality it can be a great place of freedom.

My point is not to destroy all secular music and start listening only to hymns and Gregorian chants (although we do have an e-book dedicated to showing how similar beauty can help transform your life). The idea is to start interspersing positive messages with more negative ones. For example, there are plenty of talented, under the radar Christian musicians out there, like Andrew Peterson or The Gray Havens or Lecrae, to intersperse with Taylor Swift or Chance the Rapper when you’ve got your music on shuffle. Similarly, be choosy about your movies, and look at the message, not just the ratings. For example, Mad Max: Fury Road shows respect and honor for women, helping sex slaves find freedom, while 50 Shades of Gray is pretty much sexual violence and borderline sex slavery in a pretty bow.

5. How do I ask someone to hold me accountable?

This shouldn’t feel like a tough question, but it really is. It’s hard to be honest and open with someone, especially when you fear them sharing your secrets or abandoning you.

So the first question is, who should hold you accountable?

First, you need to find someone who shares your values. You’re not going to have any success if your accountability partner doesn’t actually think porn is a big deal. You also need someone trustworthy, who’s not going to go blabbing your secrets. Your partner should be challenging, not condemning; someone who calls you out when you sin but tells you to pick yourself up, not kicking you deeper into guilt. This person should also be mature, because they’re going to have wisdom and guidance and insights into your situation, and you don’t want them to tell you to do something stupid. I also recommend that you have at least one accountability partner who is also single and of the same gender as you, because they’ll get where you’re coming from emotionally. Basically, it really helps if you’re friends with at least one accountability partner, but other characteristics may be more important.

If you can’t find someone who meets those characteristics, then look for someone who can act more as a mentor for you, like a pastor or deacon. If you’re a student, your youth group pastor or campus ministry leader might be a good choice.

The next step is to invite them to be partners, and establish clear goals for the relationship. When my friend and I talked about becoming accountability partners, I shared with her a blog post about what good accountability looks like. We used that as a launching point for what we wanted accountability to be. For us, it meant weekly check-ins. For you, it might involve reading Coming Clean together and grabbing lunch after church on Sunday. Find the rhythm that works for you, and let the relationship grow.

Watch this video for more information about picking a good accountability partner.