Talking to Your Daughter About Sex: A Stage-by-Stage Guide 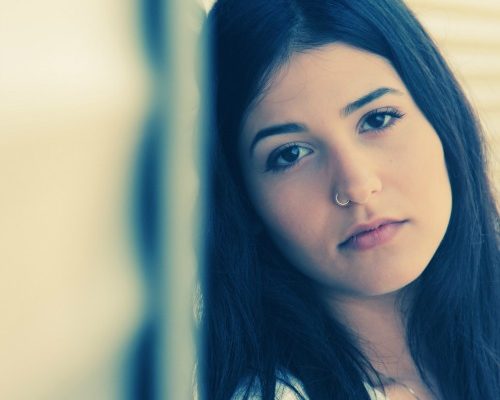 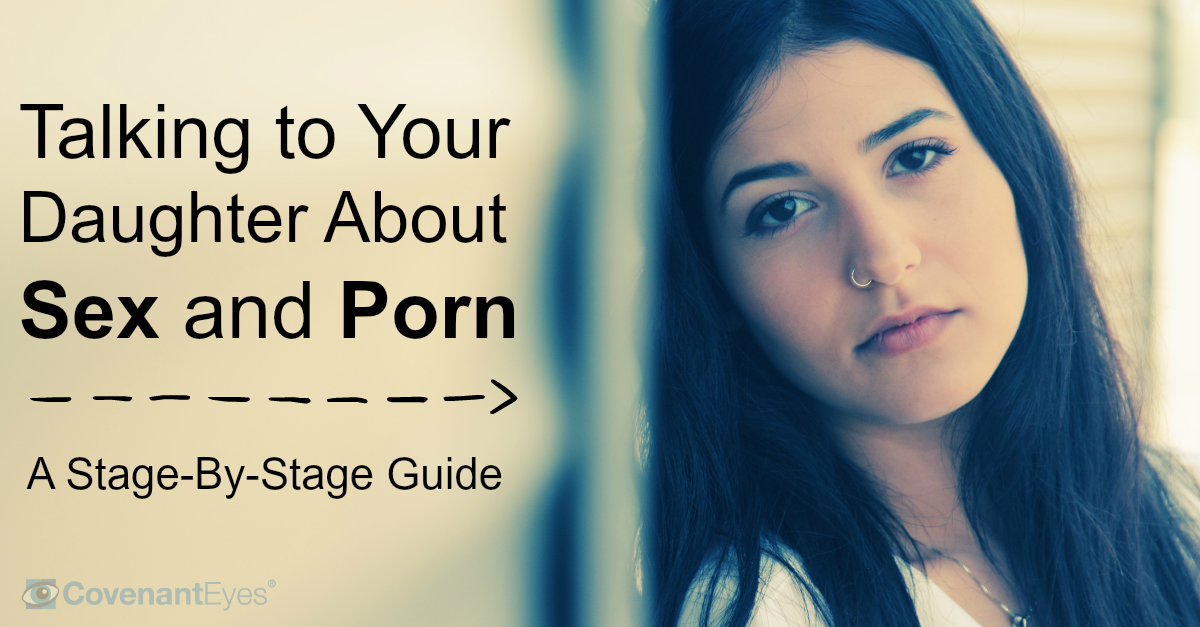 In the face of so many mixed and misinformed messages, perhaps the question we should be asking is how late is too late?

The issue seems to be even more complicated when dealing with young girls. As a society, we have a hard time seeing our daughters as sexual beings. It seems scandalous to consider that the sweet 11-year-old might be watching pornography, or that the 13-year-old still figuring out puberty might be experiencing pressure to have sex. There is a cultural ideal of women that sees them as pure and innocent more so than young men.

For starters, don’t teach; talk. Teaching implies a lesson—a one time, sit-down conversation filled with sweaty palms and awkward silence. Mom or Dad (or some other trusted adult) lays out the facts of life followed by a “Do you understand?” An embarrassed nod, “yes,” and that settles it—the entire topic—for life.

More than likely, it is this one-time approach that makes broaching the subject so difficult. If we try to pack the whole of the human sexual experience into one presentation, it’s no wonder that we have no idea when to deliver that speech. It’s no wonder that we fear overexposing our children, when we feel we have to cover everything all at once. Instead, make it fit where she is in life and make a life-long conversation, not a dreaded “talk.”

For the Toddler and pre-K

“Private” does not equal “dirty” or “bad.” Children are naturally curious about their bodies. They discover their noses, their ears, nibble on their toes, and jam fingers in their mouths and discover their gag reflexes. At some point, they figure out zippers and buttons, and these things called clothes. Pretty soon, our homes are filled with three-foot tall streakers who seem keen on touching themselves.

It seems like an easy fix to just bat their hands away and say “dirty, yucky, ca-ca, bad” or whatever synonym you choose, but the message you are teaching them is not healthy. There is nothing dirty or bad about our bodies (obviously, I encourage telling them to wash their hands, just for hygienic reasons).

What should you talk about? Instead of losing your cool, take these moments to teach your children about the idea of privacy. There are some areas of our bodies that are “private” meaning not everyone is supposed to see them. It does not mean they are bad or dirty.

If they know that certain areas of the human body are important and need to be kept private, this helps prepare them if they are ever exposed to something like pornography or, in a worst case scenario, if someone asks them to expose themselves.

For the Curious Kindergartener

Not long after the three-foot streaker stage, you hit the stage of philosophical questions and incessant whys. Somewhere in the middle of explaining why the sky is blue, why dogs bark, and meltdowns over which way to cut a sandwich, you are going to be asked the question, “Where do babies come from?”

You don’t have to get into specifics, but do be truthful. Being truthful does two things, even for a young mind:

1. It establishs your knowledge on the topic.

2. It shows your willingness to discuss the topic.

No, you do not need to crack out the diagrams and the charts and launch into Anatomy 101, but you do need to show that you are not afraid to address this topic.

What should you talk about? Talk about how babies grow. To some extent, explain fetal development. Babies grow inside of mommy’s body. They start off small and get bigger and bigger and grow fingers and toes (remember, we’re talking to a five-year-old) and pretty soon, they grow so big, they have to come out. When they’re ready, they come out. That’s the basic framework—every bit of it is true, and accurate, and won’t have to be altered later.

This is also a great time to incorporate Scripture about how God formed her. Protection against body image issues and some of the insecurities that lead to promiscuity. Remind her of how beautiful she is, how precious she is, and how God created every single part of her, from her curly bedhed hair to her crooked teeth to the nails on her toes. From top to bottom, God spent time on her, and He loves her just the way she is and so do you. A much better alternative to storks.

Laying the groundwork for healthy sexuality starts young. It starts with talking about our bodies in a healthy way and answering questions honestly. It’s not long, though, before things start to get complicated.

When you see signs of puberty setting in, talk with her about her body. Let her know that what she is about to go through is normal, and weird, and will take some getting used to, but it’s her body preparing her to be a mother someday.

When it comes to talking about sex, tune in to cues. A nine year old might not be ready to hear sex explained, but if she’s about to have sex ed class, you want to get to her first. On the other hand, she might be just fine waiting until she’s 11. Personally, I would say 11 is the longest you want to wait, even if she isn’t showing signs of puberty yet.

When you do approach sex, be sure to discuss the situations she may face. Show you understand where she is, don’t just say, “Don’t do it.” Talk about the fact that some of her classmates may start having sex and start talking about sex. I was 11 years old when I first heard classmates talking about giving oral sex. Eleven.

Explain that she may feel she wants to have sex and (deep breath here), tell her that feeling is not wrong. Because it’s not. It’s not wrong to desire sex; in fact, that desire is healthy and God-given. Instead of trying to stifle it, teach her what to do with it. That is your job.

By all means, explain the risks of premarital sex. Explain where you stand on the topic of premarital sex. Explain what protection is and why it is used (or not used). Engage her in a dialog; inform her. Talk about the connection between love and sex and how things like pornography or erotica can distort what is supposed to be so good. The best way to tackle the topic of pornography is by contrasting it to good healthy God-honoring sex.

Address pornography in contrast to sex, and sex in the context of love.

Side note: some absolutely fantastic resources on this topic include Joshua Harris’ Sex is not the Problem (Lust Is) and Eric Ludy’s Meet Mr. Smith. The latter is especially great for those who might not be comfortable directly addressing sex.

Just as accurately answering questions about where babies come from establishes your authority and willingness to approach the topic, being the first to speak up in this stage will confirm that you still know what you are talking about and you are willing to talk about it.

When I took counseling classes, one of the things we were drilled in as counselors is to be “unshockable.” I heard all sorts of stories from young women. One had a boyfriend who sold her to a guy who raped her. Another was in a relationship with her uncle, another was a pastor’s daughter who had just started sleeping with her boyfriend. You need to be ready for everything and anything, and, as much as you may want to shake her and say, “What are you thinking!?” You can’t, because that doesn’t help.

The list can go on. These are the realities that teenagers face. In a church where I served as a youth leader, we had two teens run out back during service and have sex in the back lawn of the church in broad daylight. As much as you don’t want that to be your daughter, it could be, and how you respond in that moment can completely shape her life.

Related: 3 Accountability Steps to Take Before Your Kids Leave Home

For the Grown Up Kids

The conversation about sex doesn’t end when your daughter turns 14, or 16, or 18. As your little girl-now-turned-woman embarks on a life of her own, be sure to again prepare her for the road ahead of her. She is going to face temptations greater than she ever had in high school. In her new independence, she is going to feel pressure, and she may struggle. Wrong messages about sex will be in her face, and louder than ever before, and she will not have you right there with her, but make sure she knows that you are still there.

Sex is not a lesson to be learned. It is one aspect of love to be experienced. It is part of us that we have to learn to communicate. Learning to discuss, not lecture about, our sexuality is a skill that is vital to the sexual health of our future relationships. Do not approach this topic as a one-time awkward coffee date complete with anatomically-correct diagrams. Instead, make it a conversation that grows and deepens as your daughter grows and matures.

Sex is not a lesson to be learned. It is one aspect of love to be experienced.

Your goal is not to keep her bubble-wrapped until she says, “I do” and then pass her off to her husband. Instead, make it your desire to raise an emotionally and sexually healthy woman who is confident in her body, assured of your love, pure in her heart, able to navigate the minefield of temptation, and able to openly discuss issues of sex with her husband.