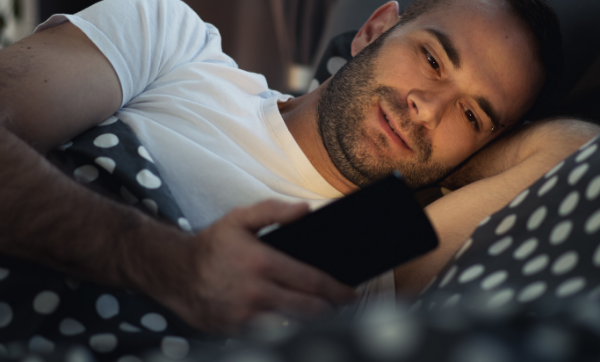 I understand why many don’t think this is true (reasons I’ll address below), but first it is important that I define some terms.

Take some steps with me down a morally slippery slope.

Step 1: Let’s say I were to visit a prostitute and have sex with her. That would be cheating on my wife. I assume no one would debate me on this point.

Step 2: However, let’s say that when I met with the prostitute we didn’t actually touch each other: I just watched her have sex with someone else while I masturbated in the same room. (Weird, I know. But just go with it.) Would that be cheating? Both in this case and in the previous case I am seeking the services of a prostituted woman for sexual pleasure—seeking out and enjoying the body of a woman who is not my wife in order to be sexually gratified.

Could a man rightly say, “Yes, I pleasured myself in front of a hooker, but we didn’t touch each other. I stayed faithful to you”? I don’t think so. The pretense of no physical contact doesn’t matter because the action still violates the spirit of the sexual exclusivity.

Step 5: Now let’s say the prostitute has a business card with a fancy title on it: “Pornographic Actress.” She even has a website with a resume listing of all the films she’s been in. Her pimp—I mean, agent—pays taxes and everything. Totally legit. Let’s say I reach out to this prostitute and pay her to view her recorded videos which she gladly sells me. Is this cheating? Does the change in title and the veneer of professionalism change the nature of the act? No.

Step 6: Now let’s say that this entire enterprise is industrialized so that this woman is part of a large network of other prostitutes who are doing the same thing. Much like walking into a brothel, I can pick the woman I want when I want, pay my fee, and enjoy her body for my lustful purposes. Is this cheating? What about the industrialized nature of the product changes the nature of the act? Nothing.

Hold On, I’m Not Convinced.

I agree, but motives only carry some of the weight when it comes to our moral decisions. The above slippery slope is not as much about motives as it is about the nature of the actions. Behind the making of pornography are real people really selling themselves for the sexual gratification of viewers. The medium doesn’t change the fact that a prostituted woman was used for her body and sex appeal, no matter the viewer’s understanding of the act.

Why Cheating Matters (and Why It Doesn’t)

The Heart of the Matter

Two facts lie at the heart of the issue.

First, people often desire the perks of marriage, but marriage vows are not taken seriously. As such, we find ourselves straddling two worlds. In one world, we embrace an idyllic picture of finding “the one,” growing old together, loving and serving another person until death we do part. In the other world, we enjoy the convenience and self-centeredness of solo-sex in front of the computer screen. These two worlds mix like oil and water in our miry hearts. Before long, you will either have to abandon pornography or abandon a genuine spirit of monogamy.

Second, people have been blinded by the sense of distance the digital world places between ourselves and the real world. We believe something doesn’t count as much if it is “online” or “on television” or “just fantasy.” We rename offenses: stealing becomes downloading, cruelty becomes speaking one’s mind, and exploitation becomes entertainment. We have settled for what Chris Hedges calls an empire of illusion. “Pornography does not promote sex, if one defines sex as a shared act between two partners. It promotes masturbation,” Hedges writes. “It promotes the solitary auto-arousal that precludes intimacy and love. Pornography is about getting yourself off at someone else’s expense.”

So, He’s Cheating. Now What?