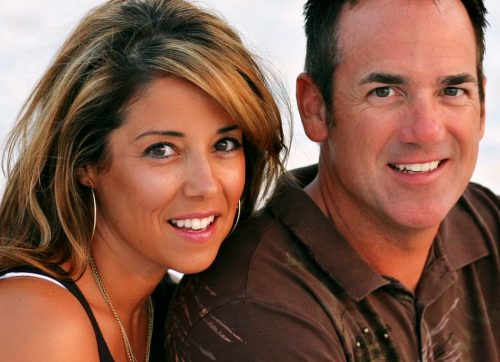 I met Darren at the young age of nineteen. My mom had just moved us to a new town after her 32-year marriage ended in divorce from my father—a man who was physically, emotionally, and sexually abusive. Darren was older than me, and came from a tight-knit family. But most importantly Darren could make me laugh. Darren is funny—you know, that sarcastic-Ben-Stiller funny. I fell in love with him from day one.

We married in 1993 and moved away from our families in St. Louis so Darren could attend Dallas Theological Seminary. I was so excited to see him get prepared to do church ministry. It gave me a sense of safety knowing that I was married to a good man who wouldn’t hurt me like the men in my family had done. Darren and I were best friends, we did everything together, and we both loved it. 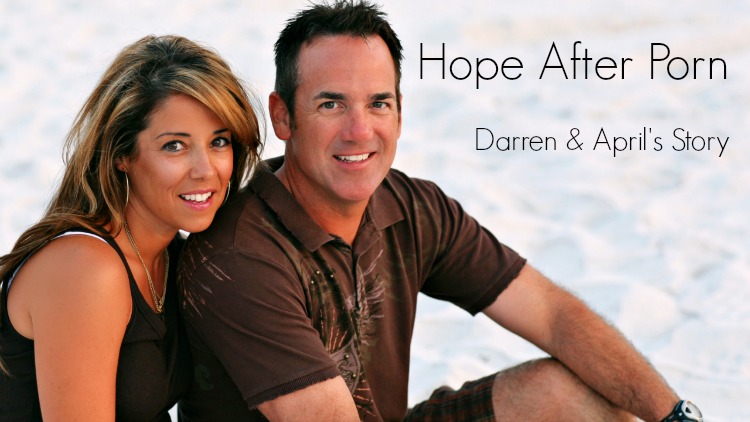 The Night of Discovery

One rainy, October night I was home alone and Darren was in one of his classes. I’m not sure why I looked at the history on our computer: I guess I wanted to prove my gut instinct wrong. What I saw that night changed me forever—it changed me as a person, as a woman, and as a wife. I scrolled through hundreds and hundreds of websites that proved to me that my “godly” husband was just as broken as all the men in my family. I had two choices: to accept that fact, or to try to force him to change.

I don’t even remember driving in the rain those 40 miles to his school. I just remember walking up to the classroom door in my pajamas and the look in his eyes that said he knew he’d been found out. At first he lied, then he apologized, then he said he’d never do it again. No one wanted to believe that more than me. I didn’t want anyone to know that my marriage wasn’t perfect. I didn’t want anyone to know that Darren was looking at women in this way. Something inside of me said, “April, boys will be boys. He’s been caught now. It’s over. Let’s laugh and joke and get back to your great marriage. You don’t want to live life like your parents, do you? Holding grudges, silent treatments—that’s not you. Just move on and put it all behind you.” And so I did…for eight more years.

Each time I caught him he got better at hiding it. Each time I caught him I died a little more on the inside. My respect for him was dying, too. We were both hiding who he really was because neither one of us wanted to face the truth, albeit for different reasons. My reason was pride. At the end of the day, I didn’t want anyone to judge me, my husband, or my decisions. I didn’t understand that Darren had been addicted to pornography since he was 13 years old. (He used to sneak into his neighbors’ basement next door to look at his magazine collections when they were gone.) I didn’t understand the scope and magnitude of the problem. In fact, I thought his problem was because of me. I was the one from the troubled home with all the baggage. Maybe if I was skinnier or taller or blonder or more endowed he wouldn’t need to do this anymore. I honestly believed that I was the damaged one. I spent those 10 years trying to change for him, trying again to meet his needs in every way. Surely, I could find the combination or the cure that would get rid of this issue forever.

The problem was that Darren wasn’t on board with my plan. He was sorry that he had been caught each time, but he was never truly repentant. I’d ask him to go to counseling with me, and he would go once and say, “That guy’s a quack,” and never return. He knew how to make me laugh about it to forget, and I desperately wanted to laugh and forget. So each time, I did just that: forget. No one knew: not my family, no one at church, no close friends, nobody. We never talked about these types of issues. I even remember calling a Christian radio talk show and just crying to the person who fields the calls. I was so brokenhearted, but I wanted to remain anonymous. I wore that smile and laughed at all the jokes, and no one could have ever imagined the darkness that was overtaking me daily.

Added to all of this, Darren and I had been dealing with infertility for six years. This brought a lot of stress on our relationship and only added to my feelings of inadequacy.

The best way to explain how I felt is to think of those scenes in a movie where a person is in a cave, it’s filling with water, and she only has a small pocket of air to breathe between the water and the rock ceiling. I should have reached out to someone and shared how I was feeling. I should have talked to my mom or my pastors…someone. But I didn’t.

Then one day, after 11 years of marriage, something in me snapped. I had caught him again, but this time it was as if a little flame inside my heart had been blown out. I had no emotion, no tears, no pity, no sympathy. I only felt cold and blank.

I packed my things to go on a business trip. Darren would always drive me to the airport when I was traveling on business so when he dropped me at the curb, I turned to him and told him that I was leaving him. I remember the look of anger and frustration in his eyes as he asked me, “What do you want from me, April?”

As I stood on the curb I bent down to the open car window and said, “I want you to get out of the car and grab me and tell me you don’t want me to go!” After a long, pregnant pause he just looked at me from the driver’s seat and said, “Whatever!” That was his response. Whatever. 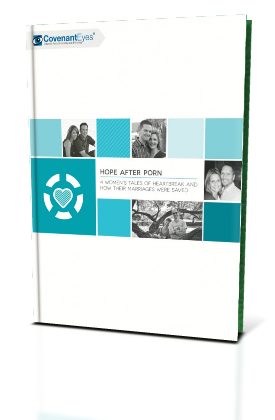 In eleven years of marriage there had never been one day that we didn’t see each other, but when I left he didn’t hear from me at all. After my business trip, I didn’t come home. After weeks of calls and questions to family about where I was, Darren was forced to admit to his sin. He was brought to the lowest point of his life. I’m glad I wasn’t there. In fact, I believe it is because I wasn’t there that God was able to deal with Darren in a very personal way without me getting in the middle of things.

It was in these weeks and months that Darren came into the light. He found community through a men’s support group and took the opportunity to share his grief and addiction with other men who were doing the same. He made big strides in making changes to save our marriage. He removed all televisions, video players, and computers. He even downgraded to a flip phone. He also found Roger Johnson, a therapist specializing in sexual addictions who has been critical in Darren’s recovery.

Once Darren got further into his recovery, he allowed himself some access to computers again. It was through his therapist, Roger, that Darren was introduced to Covenant Eyes Accountability software. This program monitors how he uses his computer and mobile devices and sends a report of his internet use to the men he trusts. And thankfully, Darren now had men that loved him and kept him accountable without inflicting toxic shame on him.

The Grace I Desperately Needed

Unfortunately, by this time I was extremely disconnected from our relationship. I had the divorce papers in hand and demanded that Darren sign them. We sold the house, our furniture, and prepared for permanent separation. I didn’t want to feel the pain, so I became very cold and distant from friends and family. In many ways I was angry at Darren and at God because I felt that both of them had the power to change things for the better but decided against it. In deep despair I ran from love, honesty, joy, and self-control. I wanted to hurt those who had hurt me, but instead I only caused deep scars on my heart that I will carry until the day I die. Looking back, I would have done one thing differently. I would have let others into my disappointment before it turned into despair.

For some reason, only God knows, I kept the divorce papers in my purse and never filed them. In my angriest and most raging moments I couldn’t bring myself to drop them in that big blue mailbox. During this time, Darren was given wise council from a man named Dave Semmelbeck. Dave told Darren to love me and be patient with me even though I was treating him with hate and disdain. The continual extension of grace toward me showed me that Darren was truly changing.

After months of watching Darren change as a man and become educated about his addiction, our relationship began to heal. Covenant Eyes played a huge role by giving me the comfort of knowing that men that I knew and trusted to hold Darren accountable were keeping him on track. That was no longer my job. I didn’t have to worry about looking and finding something on his computer again. I could rely on other men to help Darren and to bring me into the conversation if they deemed necessary. To me, Covenant Eyes allowed me to heal as a wife and to begin to rebuild and renew my trust and respect toward my husband. Darren has the Covenant Eyes program on his laptop and the app on his iPhone.

Through my own counseling and therapy, I’m beginning to learn that Darren is responsible and accountable for his own actions. Darren took the steps to find real accountability in his life, and Covenant Eyes is one of the accountability tools that helps Darren to protect himself from himself.

God is now using the weakness that Darren tried so hard to disguise as a platform to share God’s transforming power. Darren’s ministry, called Sit in the Chair, is named after the time he was “strongly invited” to share his story at the men’s group for the first time. It was at that time Darren had to face the imposter he had become. Following this confession, Darren started to develop true empathy for other men who are experiencing the same issues.

Our story is not our own: it’s God’s story, and we are not ashamed anymore. In our weakness, He shows how strong He is.