Little Boys in Men’s Bodies: What masculinity is and is not

Little Boys in Men’s Bodies: What masculinity is and is not

Tell me what guy doesn’t occasionally belt this song in an off-pitched squeal in the shower, in his car, or in his own head at the grocery store. Here is a classic example of the pervasiveness of the Western film genre and how it continues to impact our culture.

In my mind, the reason the Western is so iconic is not because filmmakers did something so unique and successful that men fell to the ground in awe. The reason is because everything about the “cowboy” is deeply engrained into every man’s psyche. We all want to explore, adventure, roam, subdue, and fight for a worthy cause (For more on this concept, read Wild at Heart, by John Eldredge).

Every boy grows up knowing what it takes to be a cowboy, even if he has never seen John Wayne or Clint Eastwood in action. The problem with the Western is it creates a skewed definition of manhood. Can you imagine a movie about a cowboy who loves his wife and kids and is present in his home, rather than out on some drunken raid? How about a cowboy who seeks peace with his neighbor, rather than battling it out?

Beyond the Western Stereotype

I’m not blaming it on the Western. The issues stem back throughout history. From the days of hunters and gatherers to now, men have been classified as the aggressor, partly because men and women are designed differently, but also because men have created a perception that’s carried through countless years of boyish behavior.

I tend to think stereotypes exist because there is truth behind them—a truth that came about because a few people acted a certain way. Those actions were then projected on the group as a whole. Of all the diversity segments that exist, I argue men do the best (read worst) job of perpetuating their own stereotypes.

What comes to mind when you think of your typical guy? Isn’t that word enough—typical? I can hear the sour tone resonating from every woman I’ve heard use the phrase. Let’s break down what that means:

You get the picture. The trouble with the typical guy is he ruins it for the real men doing the real work in this world. We have to come along and pick up the debris from his storm, which sets our society, our cities, and our neighborhoods back.

Can we just call it as we see it? You are a little boy in a man’s body. Your facial hair and steady job make no difference to me.

When you have a bunch of little boys with the responsibilities and power of adults, it leads to problems. All those “typical guy” traits snowball into something much worse if the person doesn’t mature. In the end, you are left with moral failure after moral failure (I am going to be frank, because I hear these stories all the time, and this is no time for political correctness):

It is no coincidence most of the list entails sexual immorality and the objectification of women. Sexuality is mostly where the “typical guy” stereotype is rooted—in the behavior exuded by so many little boys. Be honest women. If a man has made you feel cornered, was your fear that he would hurt you or that he would hurt you sexually?

Can you imagine how much more inclusive our communities would be if the boys would man up and learn to honor women for the priceless creations they are?

The only way I see men overcoming these stereotypes is through a complete rewiring of their brains—similar to reformatting a computer. My mom tried her best, but as a young man, I had to wrestle with a lot of this myself. Thankfully, God put brilliant men and friends into my life who taught me about Jesus and helped me walk through the ugliness in my heart.

My new lifestyle conditioned my brain over many years to finally view people through the right lens—one that says, “You, Woman, are beautiful, because you are made in the image of God, and you are His daughter.” That sounds a whole lot better than, “What up girl? How you doin’? Why don’t you come over here?” Doesn’t it?

I argue from personal experience that the ultimate plan and hope for redemption in this and any area is through Jesus. But what if that means nothing to you? There is still a practical switch men need to make.

Men, you aren’t going to learn that nobody cares about your fancy car unless you stop talking about yourself and take a genuine interest in others’ lives. You aren’t going to learn how to honor and respect women unless you stop trying to hook up with them at every turn and just enjoy their presence. More importantly, men…you can’t learn to see women as human beings if you are looking at pornography! It doesn’t take an engineer to know that.

And women, men aren’t going to learn it’s not okay to be “typical” unless you speak up. Don’t accept typical. Expect extraordinary and don’t settle.

If even one man takes this lesson upon himself, who knows the ripple effect it could have. That is my hope. That is my prayer.

Becoming a man by walking with other men

“Before we can be cured we must want to be cured. Those who really wish for help will get it; but for many modern people even the wish is difficult. It is easy to think that we want something when we do not really want it.” – C.S. Lewis, Mere Christianity 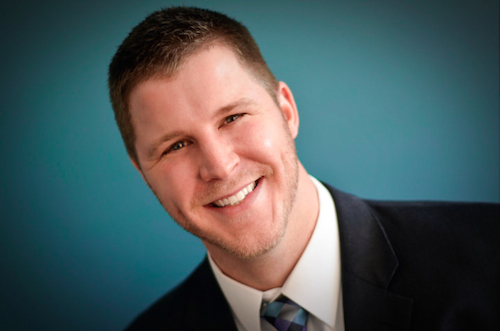 Gabe Erickson is the Director of Communications & Media Affairs for Diversity Focus. He graduated from the University of Minnesota with a Bachelor of Arts in Professional Journalism and has served nearly a decade in newsrooms across Minnesota, Wisconsin, and now Iowa. Most recently, he was an Anchor/Reporter at CBS 2/FOX 28 in Cedar Rapids. He is an award-winning journalist, having won multiple first place awards in the Wisconsin Broadcasting Association and Iowa Broadcast News Association. He is also active in his church, Cornerstone Church of Marion, and enjoys spending time with his son.