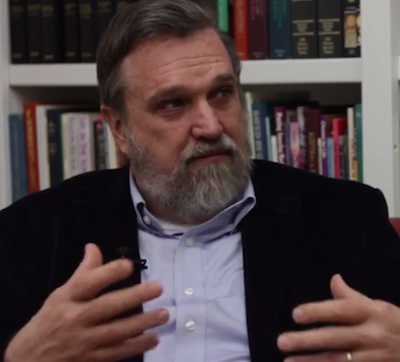 This is a hot-button issue we’ve addressed before, and we continue to get questions about it.

Obviously, opinions about divorce are manifold across the Christian spectrum. While recognizing that civil divorces do occur, Roman Catholics and many Protestants don’t believe that Christian marriage is ever truly dissolvable (except by death). For those who do believe there are legitimate grounds for divorce, there are a variety of opinions.

Here are some of Mr. Wilson’s important points:

1. Porneia is grounds for divorce.

Porneia, Wilson says, is a Greek term referring to sexual uncleanness, which potentially includes many things. Matthew 19:9 states, “I say to you: whoever divorces his wife, except for sexual immorality [porneia], and marries another, commits adultery.”

(It should noted that the meaning of this verse and the term porneia are highly contested and disputed, but it does form the basis of the argument for some that divorce is allowable in some cases of pornography use.)

We hear from Christian women all the time who are pressured to do their Christian duty and accept their husband with open arms, as long as he turns on the water works and shows some sorrow for his sin. Wilson is clear here: No woman should be made to stand for this kind of behavior. Wives in this situation need support from the church to confront her husband.

3. Divorce should never be pursued without guidance.

Too often we notice that women in these situations are left out to dry because her church refuses to step in. She is left to make some of the most difficult decisions she will ever face alone. This should never be.