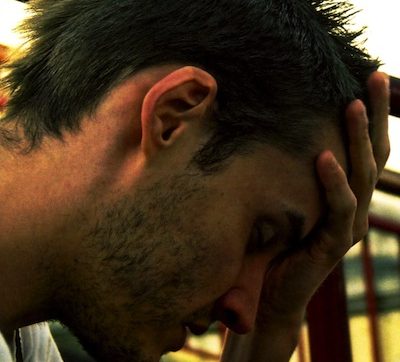 As a skinny kid who felt unattractive, Dan Wobschall’s gaze would fall to the floor or maybe to his shoes when he tried to talk to a girl. He felt inadequate, and the bullies who used him for sport reinforced these feelings. 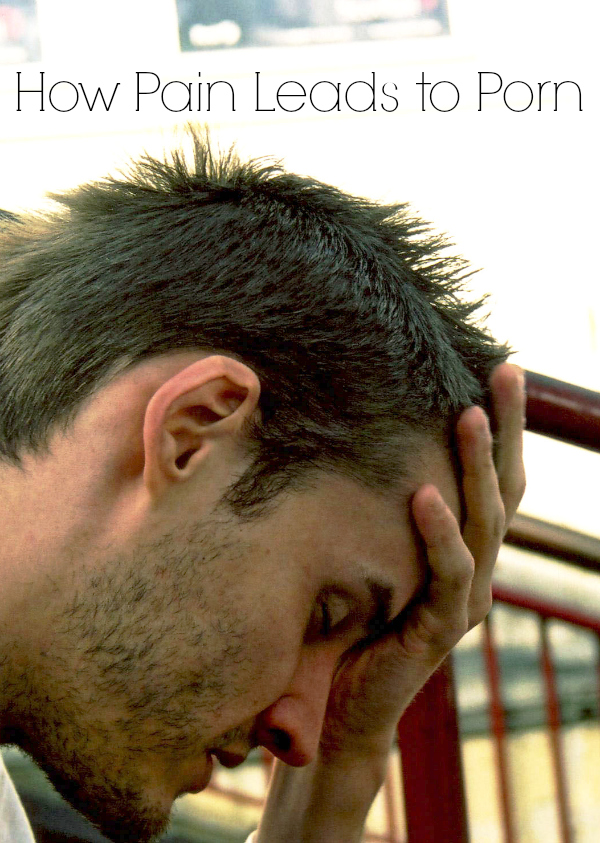 That drug was powerfully addictive and remained with Dan into adulthood, eventually damaging his career as an EMT and nearly costing him his marriage.

While emotional trauma may not play as big a role in initiating addictive behavior, it certainly helps seal the deal for many men and women.

“They don’t make the same connection with their emotional wounds,” Daugherty said. “They don’t necessarily see the escapism and the self-medication.”

Emotional wounds are often deeply rooted, stemming from childhood, teen, and even adult trauma. All families have healthy and unhealthy qualities, and even mistakes “create wounds in the human spirit,” Dr. Laaser teaches. Rather than burying painful memories, which may include physical, mental, and sexual abuse, these memories need to be brought to the surface, where they can be examined with a good friend or counselor.

“It traps you in a cycle,” he said. “It takes a tough situation and pours gas on it.”

“You use pornography to escape emotional wounds, but you create new wounds while you are using it,” Dan said. “It’s messed up what your mind will do to you.”

There is no one cure for everyone, but here are three basic steps to break the chains: (1) learn about porn’s addictive power, (2) get support, and (3) understand that this is not an overnight fix.

Those who have never felt the compulsions of addiction, might encourage you to skip this step and just “stop it.” But doesn’t it make sense for reasoning human beings to gain insight about why they feel so out of control? At the same time, the new insight gained should never be used as an excuse.

In Ephesians 1:18 Paul says, “I pray that the eyes of your heart be enlightened in order the you may know the hope to which he has called you…” Paul encouraged his readers to enlighten their hearts to Christ and His teachings, so that they could discover a great hope for a restored life. Everything about the human brain and the body’s neurochemistry was designed by God with a specific purpose. It is vital to understand how those systems were designed, how they have been corrupted, and how they can be repaired.

There are several online support programs to help people escape pornography. Choose one that best fits you. Here are a handful with which Covenant Eyes has worked directly:

A valuable way to find ongoing support is through 12-step programs like the Sampson Society and Celebrate Recovery. At these meetings, men and women find people who have walked a mile in their addiction and they will find proven practices that bring sobriety.

Protecting mobile devices and computers is vitally important, but filtering is not enough. Addicts will find some way to get around a filter when temptation is at its worst. Internet Accountability software is much more valuable, because it monitors how the Internet is used and sends a report to a friend or mentor. That allows life-changing conversations to take place where a person can discuss how and when they are tempted and the issues that lie beneath the surface.

“Covenant Eyes Internet Accountability played a huge part in helping me stay away from the sites I used to go to,” Dan said. “Accountability is so huge. Christ is at the center, but accountability helps you in a tough fight that you can’t do alone.”

Learn how to have an effective Accountability relationship by reading the free e-book Coming Clean: Overcoming Lust Through Biblical Accountability.

3. There are no overnight fixes

Last night’s promise will be broken the following day or week, and the person feels caught in a vicious circle from which there seems to be no escape. Simply making promises without a real plan will fail. It’s guaranteed.

Pure Minds Online | Issue 39 | More in this issue: Timebombs in Kids’ Hands | The Impact of a Gift | 2013 Covenant Eyes Buyer’s Guide for Game Consoles (and Other Gadgets)