Why I Believe I Was a “Sex Addict” | Covenant Eyes

Why I Believe I Was a “Sex Addict”

Dann Aungst is a recovering sex addict and the author of the book From One Addict to Another. Dann is passionately involved in educating and helping others become free from porn and sex addiction in faith-based recovery. Dann has spoken at men’s conferences and is the president of Road to Purity, a non-profit organization that educates men on authentic godly relationships and understanding true purity, providing tools for recovery in live workshops as well. Dann also does addiction recovery coaching and is in the process of becoming certified through the American Association of Sex Addiction Therapists. Dann lives in Colorado and is a member of a local Catholic church. Like him on Facebook!

My name is Dann Aungst and I am a recovering sex addict.

Yes, I use the word “addict” rather than compulsion or even habit. I believe as an addict, a person is out of control. Someone or some outside force is required to get a person to realize that they have a problem. Even then, when that problem is realized, the addict is unable to stop the “acting out” behavior on his or her own. The addict needs outside help, direction or assistance. This was the case for me and is for many other men addicted to pornography or sex. 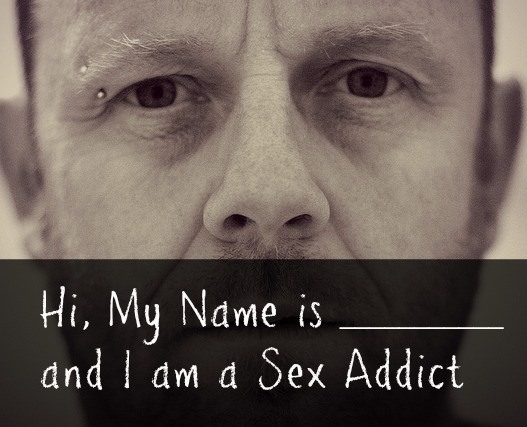 Where the Addiction Began

The true underlying motivation of my addiction was to escape reality, to escape the negative self image feelings, feelings of inadequacy, insignificance, insecurity, worthlessness, and self-loathing. These behaviors started many years before sex or pornography was even part of the “solution.”

Around age six, I would escape into a fantasy world with a female imaginary playmate. It wasn’t until puberty that this “escape” became sexual. But it was all for the same purpose—to escape. To chase something that would fill the emptiness I felt, the emptiness in my soul.

Magazines were the start at puberty. Quickly, it led to videos. Then when computers came around, the Internet was a huge draw.

“Marriage Will Solve It!” Actually, No

At the age of 25, I thought marriage would solve all my problems. Nothing was further from the truth. I quickly found that my addictive behavior had created a selfish, self serving individual incapable of receiving true intimacy. It was terrifying to have someone “truly” know me in that way. Pornography was much safer. It would never judge me, reject me, criticize me, yell at me, make me feel insignificant, stupid, or worthless.

Foolishly I expected my wife to fill the hole in my heart. The emptiness that I had for most of my life.  An expectation that I since found to be unrealistic, as no human can fill the void that only God is meant to fill. But I didn’t know that, at least not 25 years ago.

As a result, my need, my insatiable craving to be fulfilled grew stronger, ultimately leading to massage parlors, affairs, and prostitutes. Every time I acted out, only a brief satisfaction resulted. However the guilt and shame would quickly take away the short-lived pleasure of escape only to make me feel even worse than I did before. But the hunt to try again, and again, and again, hoping that eventually I would be satisfied and feel “whole” blinded me to the true reality of my behavior.

Addiction: The Deadly Evasion of Reality

A well known expert in the sex addiction field defines the addiction as “Evading reality no matter the cost, though it may even result in death.” As a Christian and a Catholic, I believed that if I were to die after a sin like this before having the chance to properly confess it, I would end up in hell—but I would still follow through with the activity.

Playing Russian Roulette with my soul and spiritual death: that’s the real definition or powerlessness.

It wasn’t until I contracted a STD and gave it to my wife that it finally hit me “maybe I have a problem.” I was undeniably a sex addict. It was then, and only then that I began to seek help to change my behavior.

A Hunger for God

I remember early in my recovery that I heard a talk on a CD and the speaker gave a quote by G.K. Chesterton: “Every man who stands at the doorstep of a brothel is looking for God.”  This hit me like a ton of bricks. I sobbed for what seemed like hours. I knew it was true. All this time I was looking for the wrong thing to fill my emptiness. Seeking and accepting counterfeit love to fill what only God can fill with true love.

Even though I now realized that I was looking for the wrong thing, it did not serve to quench my cravings. I understood why, but didn’t know what to do about it. God’s love is such an ambiguous notion. I can’t see it, I couldn’t seem to feel it in my real life. How do I really get it? All the emptiness was still there. The need to escape was still there. How do I make these other cravings go away?

Years of hard work, determination, self discovery, and the ultimate conversion of my heart and surrender to God is what ultimately led me to a manageable place in my life. The cravings, the instinct to escape are all still there. But it’s the decision of where to escape to and what I search for to fill the emptiness in my heart that makes the all difference.

Ultimately, for me, it’s not the search for something to fill the my heart, it’s surrendering myself and letting God—who is already waiting to come in—to actually come in, to be invited.

Do You Need Help?

In this recovery, God has laid it on my heart in a strong way to tell other men that battle with all levels of pornography and sexual addiction that they are not alone. The overwhelming feeling of “no one understands, no one would accept me if they knew the truth about me” is the absolute lie that is so powerful in keeping an addict in the dark and feeling helpless. I was there, I know. It doesn’t have to be that way! You are not alone!

In answering God’s call, I have written a book about my addiction and my recovery. It’s merely a candid story of where I came from and how I found freedom. The book is From One Addict to Another. I published it with my real name because I felt it necessary to be honest and upfront with fellow addicts. It’s the hiding in this addiction that creates the power over us. My blunt honesty of my history and of myself is part of my own path to healing and freedom.

My website also offers countless resources for addicts, many of my prayers I use, a blog where you can respond my to writings, as well as links to buy the book. I am not a licensed counselor nor an educated professional in the field, but am willing to be a guide and a coach as best as I can for anyone truly seeking to break the chains of this addiction.