Lust After Death: Advice to a Widower Who Fantasizes About His Wife 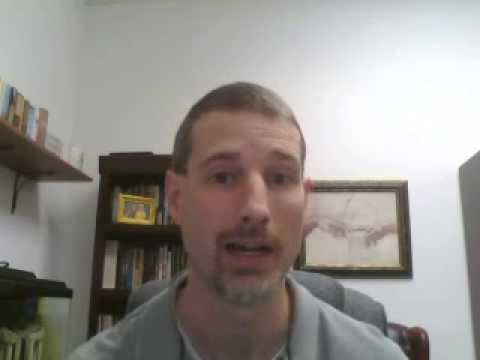 A week or so ago I received an e-mail from a man whose wife passed away recently. They had been married for nearly 40 years. In his loneliness, he says, he fantasizes about times of intimacy with his wife and masturbates. He knows it would be wrong to fantasize about anyone else, but he wanted to know if he should abstain from fantasizing about his wife.

I asked my friend Brad Hambrick to comment on this story. (During this vlog, Brad mentions his “grief resource” and his “false love” resource. These are nine-step, video-based seminars focused on grief and overcoming sexual sin, respectively. These are both excellent resources.)

There were several points I really appreciated about Brad’s response.

Brad says while the latter is a moral issue, the former should probably be understood as a wisdom issue. It is wrong to engage in acts of sexual lust. It is not necessarily “wrong” to be aroused by memories of companionship and sexual intimacy. But neither is it wise.

2. Satisfy your yearning in non-sexual ways

Furthermore, it complicates the grief process. According to Romans 7:2-3 and 1 Corinthians 7:8-9, a widow or widower is released from the law of marriage. The one who has passed on is no longer your spouse. The vow to be faithful “until death do you part” is fulfilled. To repeatedly fantasize about these moments of marital intimacy makes properly grieving this loss more difficult.

3. Learn to grieve; then learn self-control

Brad specifically recommends a widower to first grieve the loss of his wife. It is important to first feel God’s compassion in your loss. Then, as the grieving process progresses, learn how God wants to walk with you in the journey to self-control and freedom from lust.

34 comments on “Lust After Death: Advice to a Widower Who Fantasizes About His Wife”