10 Seconds: A Film About Sex Slavery from Trafficking to Addiction

10 Seconds: A Film About Sex Slavery from Trafficking to Addiction

A man sits nervously in his car outside a house in a quiet suburban neighborhood. Inside that house, he knows, is an underground prostitution operation: women waiting for him if he would only knock on the door. If his wife, friends, and fellow church members knew where he was at that moment, what would they say?

This is the opening scene of the independent film, 10 Seconds. This film, unlike other films about sex slavery, addresses the “demand” side of the trafficking issue.

I had a chance to talk to David Perry, co-founder of Bella Veritas Productions, the film company behind 10 Seconds. David wrote, directed, and produced the film. He was kind to answer some of my questions. 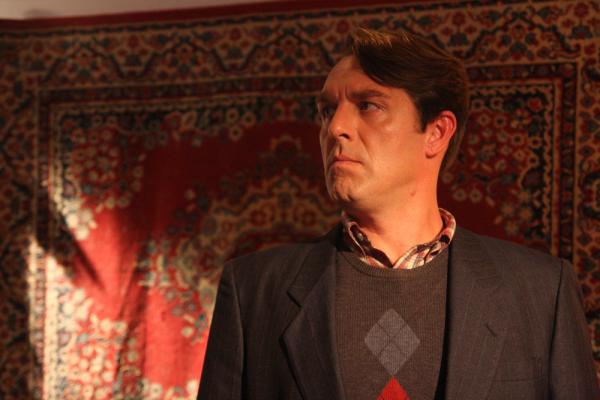 10 Seconds Writer/Director Speaks About the Film

1. Why focus on the “demand” side of sex trafficking?

10 Seconds focuses on the demand of sex trafficking because if we don’t address that component then this terrible atrocity will just continue to expand.

Most people, when they talk about “demand,” do so out of a desire to destroy those involved. We want to start a discussion about how we can begin to address this issue from a human and compassionate approach. Not to say that there shouldn’t be justice and consequences for actions. But rather than just approaching it from a vindictive standpoint, what if we approached it from a desire to restore, heal, and reconcile those involved in this? If we do that, we truly believe we can prevent a multitude of evils.

2. Some people might think the movie is far too titillating because it shows the exploits and fantasies of a lust-driven man. What drove your editorial decisions about what to include and what to exclude?

The producers of the film have high standards when it comes to explicit content shown on screen, so we approached this with great care. We tried riding a very fine line between not sugar coating anything and not showing too much.

Many times the drive of sexual addiction is living in fantasy. The irony is that often times people in a relationship with sex addicts also live in fantasy of the situation. The reality is the truth is hard and it is often uncomfortable, and yet it’s not going away. If we dance around it then we’re really doing more harm because we create a cloak of shame around sex and anything sexual that can drive people to more secrecy.

3. What would you say the target group for this film is? 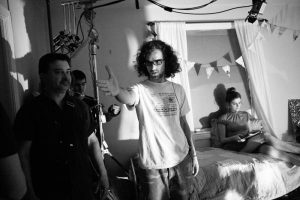 We want to target two groups of people. The first are sex addicts. That includes everyone from the lowest end of sexual addiction to those who seem like they have gone so far that there is no coming back.

The second are those who are not sex addicts. We want this film to be an eye opener that this issue is all around us—that everyone has someone that they are in relationship who struggles with this. Period. That’s the reality, and if anyone thinks otherwise they are probably living in denial or illusion.

4. In the film, the “10 seconds” motif powerfully shows the link between sex addiction and sex trafficking. Without giving us a spoiler, can you share with us the inspiration behind that idea?

The idea was that when we look at sex trafficking we must realize that slavery is on both sides. If we don’t see it that way then we’ll never address this issue properly. Most people look at those purchasing sex in the sex trafficking industry and they see them as monsters, serial rapists, and any other label they can use to demonize them. But that is a very small percent of the individuals. The majority are desperately looking for a way out and yet do not have the courage or ability to do so. That is partly our fault because we see them as terrible criminals that we must destroy…and it’s not working.

So the inspiration was to change the conversation and say that those on both the supply side and the demand side are sex slaves. If we humanize both of them and see them as needing freedom, restoration, and healing then all of a sudden we have something powerful. With that we can go into a community and say there are people here that are either contemplating or already involved in sex trafficking, and we’re not here to out you and destroy you, but rather help you stop this lifestyle.

5. What is your hope for this film? What would you like this film to accomplish?

We want this film and the documentary to be a beacon of hope and freedom for those struggling with these issues. Addiction is a lonely place. It’s a place of deep isolation and torment and we want this to be a catalyst for individual freedom. We want this film to inspire our communities to be a place where healing and restoration can be found for those who are dealing with this. People must be proactive and it must be done with care, discretion, and often times professional counsel and guidance, but we can get there.

We also want this film to inspire people to be involved in ending human trafficking. But we have to change our approach. Awareness, walks, events, and the many things that we do to address human trafficking are not working. The numbers just continue to go up. Part of that is that we do not work together and the other part is that we just focus on the symptoms and never address the sickness. We must change that. If organizations would work together, utilizing their strengths and focuses, then we could tangibly see human trafficking numbers go down. And if we courageously face the source, we could end slavery from within.