The Connections Between Pornography and Sex Trafficking

We often hear today about the horrors of sex trafficking, overseas and in the United States. We are appalled at those who would hold women and children as sex slaves, deny them their human rights, and make them mere objects for sexual pleasure. At the same time, pornography is tolerated, accepted, openly defended, and even celebrated. [1] Society views sex trafficking as something we ought to combat, yet it sees pornography as simply another genre of entertainment.

According to Shared Hope International’s report on the demand for sex trafficking, pornography is the primary gateway to the purchase of humans for commercial sex. Why this is so becomes clear when we think critically about what pornography is and how it affects its consumers.

Pornography comes from the Greek words porne, meaning “prostituted woman” or “prostitution”, and the word graphos, meaning “writings.” If we can begin to comprehend that what is depicted in pornography is not simply sex or sexuality, but commercial sexual exploitation, we can begin to rightly appreciate the negative and corrosive effects of this content.

Catherine Mackinon, a professor at Harvard Law School, says that “consuming pornography is an experience of bought sex” and thus it creates a hunger to continue to purchase and objectify, and act out what is seen. [2] And in a very literal way, pornography is advertising for trafficking, not just in general but also in the sense that traffickers and pimps use pornographic images of victims as specific advertising for their “products.” [3]

In addition, viewing pornography and gratifying oneself with it ends up short-circuiting the sexual process. This creates a drug-like addiction which distorts the individual’s view on sexuality. It also trains the mind to expect sexual fulfillment on demand, and to continually seek more explicit or violent content to create the same high. [4]

Trafficking victims are exploited in the production of pornography.

A commercial sex act is “any sex act on account of which anything of value is given to or received by any person.” [11] Pornography qualifies as a commercial sex act in two ways. First, the production of pornography involves the payment of individuals to perform sex acts before a camera. Most performers in the industry are paid for different films or photoshoots. Because they are produced by recording actual events, real men, women, and children are actually engaging in sexual acts, often repeatedly to get the desired shot. In this way, the production of pornography is without question a case of commercial sex acts, in this case, performed on camera.

You do not have to look hard for force in the production of pornography, because even at the surface level, the violence towards the actors involved is evident. Pornographers themselves describe the violence they perpetrate on their performers without the consent of the actors.

Former porn actress Jan Meza describes the fraud in the industry. She says that the actors and actresses do not know what they are agreeing to or after their initial agreement they couldn’t get away. Something that should be noted, especially in the case of fraud, but also generally, that federal law is clear that initial consent does not preclude the possibility of the individual being victimized. Pornographers, like other pimps, learn how to exploit economic and psychological vulnerabilities to coerce them to get into and stay in the sex industry. [15] Other times they threaten or use alcohol and drugs to induce compliance, which is included in some state definitions for coercion. 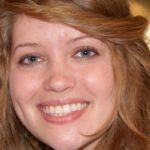 Ana Stutler served as a pureJUSTICE intern during the summer of 2011. She was born and raised in the Dominican Republic, where her parents serve as missionaries. She is a 2011 graduate of Calvin College in Grand Rapids, Michigan, with a degree in International Relations, and is pursuing law at Wayne State Law School in Detroit, Michigan.

23 comments on “The Connections Between Pornography and Sex Trafficking”