During a bank robbery in Stockholm, Sweden, in 1973, robbers held several hostages for six long days. During this time, a curious thing began to happen: The hostages began to show signs of sympathy for their captors.

Even after the ordeal was over, one of the hostages later became good friends with one of the robbers.

The criminologist assigned to help police with the case coined the term “Stockholm Syndrome.”

While there is considerable discussion surrounding the exact nature of this phenomenon, there have been several reported cases of the syndrome; some hostages seem to form powerful emotional attachments to their victimizers as an internal defense mechanism. 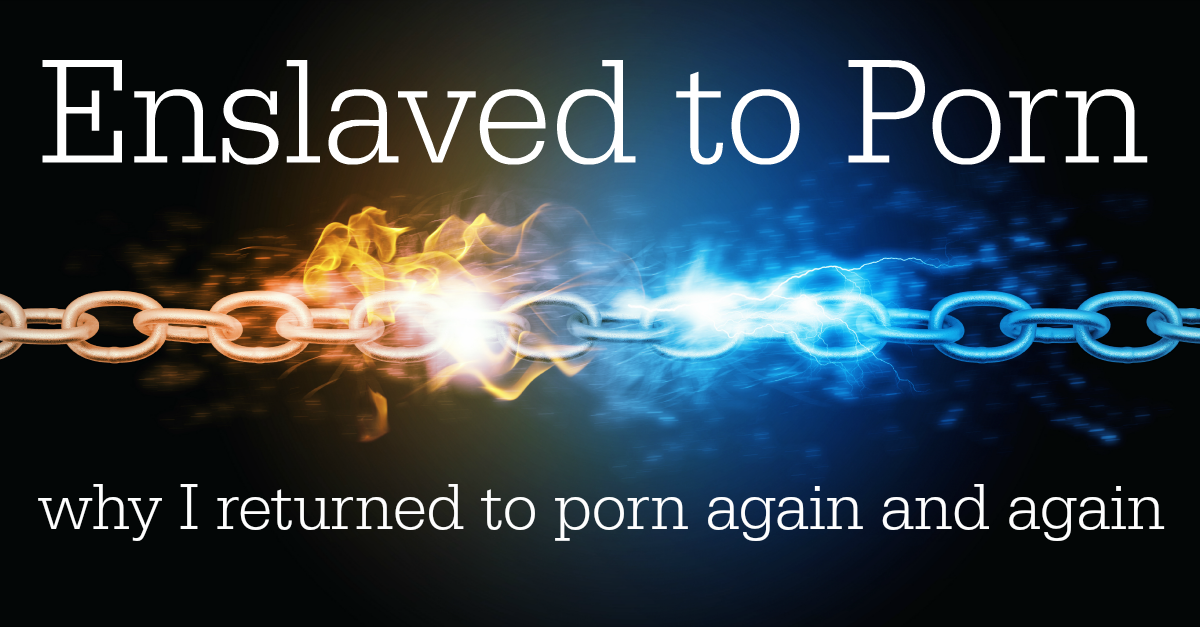 By way of analogy, we can see Stockholm-like symptoms in the attitudes of the Israelites during their wilderness years.

Only weeks after they watched God open the Red Sea, they were murmuring against God when they ran out of provisions. They thought about their life back in Egypt—the bread, the pots of meat (Exodus 16:1-3)—nothing like the scorching wilderness. Even after the revelation of God at Sinai, they said, “Would it not be better for us to go back to Egypt?” (Numbers 14:1-4).

Wasn’t this the same group of people who groaned because of their slavery (Exodus 2:23)? Why, instead of remembering the cruelty of Egypt—the task masters, the heavy burdens, the centuries of toil making bricks under the hot sun, the ruthless slaughter of their children—did they remember pots of meat?

I have been just as guilty of the same lunacy when it comes to my own habitual sins—like my love affair with pornography.

Something in me wanted to be addicted, wanted the slavery.

Over the years, I’ve pondered why this is, and here are my observations…

Who do you trust?

God made Israel many promises of deliverance. If they trusted God, He would bring them out of slavery into a land of blessing. But “the message they heard did not benefit them, because they were not united by faith with those who listened” (Hebrews 4:2).

That generation died in the wilderness because they did not trust in God.

It wasn’t that Egypt was better than the wilderness; rather, trusting the Egyptian slave masters was somehow easier than trusting God. Sure, Egypt was a cruel place, but at least it was a predictable place.

Trusting God on my way to the Promised Land.

When I felt totally inadequate and rejected in life, it was easy to long for the “pots of meat” offered by pornography.

There, in that fantasy world, I was never rejected. But God was calling me to repent of needing the approval of others, pursue His glory above all (1 Corinthians 10:31), and anticipate the glory He promises to those who trust Him (John 5:44). His approval is far better than the approval of women made of pixels on a screen.

There were nights I felt genuinely angry at God for not giving me the spouse I so clearly “deserved” and the life I so desperately wanted. I would run back to the slavery of Egypt as my way of throwing a tantrum at God for not catering to my desires. “Fine, God, you won’t give me what I want. I’ll take it however I can get it.” But like a loving Father, God called me to stop acting like the older brother in the parable of the prodigal son (Luke 15:29-31), to stop acting like God “owed” me something.

In the wilderness, God taught me that He does not relate to His children this way. As a Father, He knows me better than I know myself. He knows exactly what blessings are best for me in His perfect timing.

And like a loving Father, He spoke tenderly into my spirit, saying, “Everything I have is yours.”

Longing for the Promised Land.

I know until I get to that Land, Egypt will still be in my blood.

I still bear the scars of my former slave master’s whips. In my foggiest moment, I will naturally be drawn to the memory of the pots of meat.

But God feeds me with the heavenly manna of Christ’s body. He has given me a hunger for the milk and honey of the new heavens and new earth. And He has given me traveling companions that constantly remind me that we are on our way home.