Samson and the Pirate Monks is a story about a fellowship of men—men who are helping one another to take off their pious masks and bear their souls to each other. The subtitle really captures the purpose of the book: “Calling Men to Authentic Brotherhood.”

The cover of the book, complete with pirate ship and scull-and-crossbones flag, will probably either confuse you or make you want to read it more. Truthfully, when I first picked up the book I expected a more gritty, rugged, man-up-to-Jesus, Wild-at-Heart rip-off. This book is anything but: Filled with humor and startling honesty, it is one of the best books on male community and discipleship I’ve read.

The beginning chapters of the book are the product of Larkin’s own long look back on his life: His upbringing, his parents, church life, and the many, many wrong turns made along the way. Full of life lessons, Larkin’s story models for men how they might look back on their own lives and see the breadcrumbs of God’s grace amidst temptations, sins, and painful consequences.

Larkin’s story of sexual sin is probably more outwardly screwed up than that of most Christian men, but what Nate Larkin meant for evil, God used for good. Larkin attests,

. . . I was suddenly struck by the possibility that God’s apparent inaction in a painful area of my life might have been deliberate. Maybe, just maybe, God knew I needed that problem. He hadn’t afflicted me with it, that was clear, but maybe he loved me too much to take it away. Maybe that problem was the only lever in my life big enough to force me out of my determined isolation and into honest relationships with other members of the body of Christ (74).

We are meant to read the lives of Bible characters, not just to mimic our heroes, but to see flawed characters as mirrors. Nate Larkin sees himself in the character of Samson. To my knowledge, Larkin has never torn a lion apart with his bare hands or killed a thousand men with the jawbone of a donkey, but he does know something about the internal life of Samson, the fierce individualist with a weakness for forbidden women.

In the book, Larkin contrasts Samson with David: two men who had similar moral failings, but nonetheless left very different legacies. What were the key differences? Samson was a loner; David was a man of close friendships. Samson was a nomad; David built a city and a community. Samson was a man of force; David had a heart of prayer. Larkin spells out these and other contrasts in his book, leaving the reader with a sense that there is a little Samson in all of us.

To become more like David was not an easy transition for Larkin. It would involve a very slow death of his old values and habits of life. It would involve learning first and foremost how to drop his persona and be authentic with other men around him. He writes:

One day during my mid-twenties, I was fiddling with the radio in my car when I bumped into a motivational speaker addressing a large crowd. He was telling the audience how to get a better job. “You need to go into that interview with confidence,” he declared with great confidence. His voice dropped to a whisper. “Are you afraid to go in there to compete for the job? Well, I have a solution for you.” He paused for a moment and then shouted, “Don’t go! Send somebody else! Figure out what kind of person they want to hire, then create that person and send him to the interview!” The room erupted with applause.

I followed his advice and found that it works. I am capable of convincing an alter ego, a persona, and that false self can get a job quite easily. It’s just hard for that persona to keep a job. Sooner or later, people catch on.

I’ve actually gone to church on mornings when the sanctuary was full and none of the members were there. Everyone had sent someone else. Heck, I’ve usually sent someone else to do the preaching.

. . . A false self can never rest. It looks like a real person, but a persona is actually just a hologram, a projected image, and it requires constant energy to keep that image up. A persona is afraid to go to sleep, because to sleep is to die.

Also, because it has no inner reality, a persona must always be focused outward. It must be scanning the audience, responding to the whims of the watchers, adapting to their shifting moods.

A persona is hollow, and is therefore plagued by a constant empty feeling. It may try to fill that void with any number of things—applause, excitement, food, sex, romance, knowledge, money, just to name a few—but the emptiness never goes away.

The religious persona is probably the most tragic figure of all, because it recognizes spiritual realities that it can only pretend to experience. A persona can perform, but it cannot love. It can know excitement, but can never experience joy. It can feel numbness, but can never know peace. A persona can be persistent but not patient, subtle but not gentle, sweet but not good. It can feel fervor, but it can never know faith. It can be modest but not humble. It may starve itself by sheer force of will, but a persona can never achieve self-control because it has no continuing self.

The biblical word for persona is flesh. And the Bible makes it plain that no matter how spiritual or religious a person appears, flesh is always hostile to God. It may mimic righteousness. It may feign repentance. But flesh cannot see God, cannot know God, and cannot love God. And it cannot worship God, because God is Spirit, and those who worship him must worship in spirit and truth (89-91).

Samson and the Pirate Monks fights the modernistic belief in our churches, that simply having all the right information and the right teaching will make us okay. Not that the right information is bad: Larkin is an ardent believer in the gospel. Rather, he points people, men in particular, toward a vision of brotherhood, a fellowship of Christians who are willing to dig deep and confess temptations, sins, and the state of their fragile hearts. 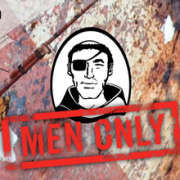 Who are the Pirate Monks? They are Larkin’s band of brothers, his group of broken renegades who know they have nothing to offer the kingdom of God but their fractured, double-minded lives. These are men who have come out of their caves of isolation and come around the proverbial fire with other men, exposing themselves to the light, and sharing their hearts. These are men learning to drop their personas.

Each week the “Samson Society” gathers, and using a general meeting format, they open up about a variety of topics in an effort to share their sins (James 5:16) and bear each other’s burdens (Galatians 6:1-5). Also, each member of the Society is told to find a “Silas” in the group, a spiritual traveling companion for this stretch of the road of life. Your Silas is the man who will talk to you throughout the week, the man with whom you can talk about the nitty-gritty of life. Silas is the man with whom you sit in the pub or the coffee shop to share your story.

Since the publication of Nate’s book, many new chapters of “The Samson Society” have formed around the country, thanks in part to their website: SamonSociety.com.

Many men resist this kind of accountability and openness in a group context because they or someone they know has been burned in the past by the church. Larkin is well aware of this tragedy. He explains:

You’ve probably seen that poor fellow who decided one day to be honest in a Christian meeting. Maybe he’d been caught in a sin, so he really had nothing left to lose, or perhaps he was so plagued by guilt that he decided to take the church’s rhetoric about grace and forgiveness at face value and bare his soul in a desperate bid for freedom.

I remember a guy who did that. As soon as the fateful words were uttered he looked around, hoping somebody would say, “Me too,” but all he heard were crickets. After a pause, a curious investigator launched into spiritual cross-examination. Then a few concerned “ex-sinners” gathered around him and preached a series of sermons disguised as prayers. Finally, a helpful brother prescribed three Scripture verses to be taken in the morning and at bedtime. Later, the guy was assigned a probation officer—excuse me, an “accountability partner”—who would check in on him for a few weeks to make sure he had actually turned around. . . .

To make matters worse, as he left the meeting that poor guy was struck by the realization that he had just volunteered to become the church’s new topic of conversation. Suddenly he knew that telephone lines were already humming with the latest “prayer request.” Next Sunday, his suspicions were confirmed. The sidelong glances, the awkward silences, the careful distances kept by his former associates, their wives, and others, verified that his disclosure was now common currency in the congregation (p187).

Because of stories like this the Society promotes a strict confidentiality code, and the meetings are not your typical Bible study format. There are no hierarchies, no teachers. Each man is given his turn to talk, to share what’s on his heart, without fear of condemnation or interruption. While some may find this format unhelpful or even unbiblical, Larkin makes no claims that the Society is a replacement of or substitution for the church, but rather a group within the Church Universal.

Plus, much of the hard work of correction and accountability happens within the Silas relationships.

The Samson Society meetings, above all, encourage raw truthfulness, not programmed, churchy responses.

The Future of Samson 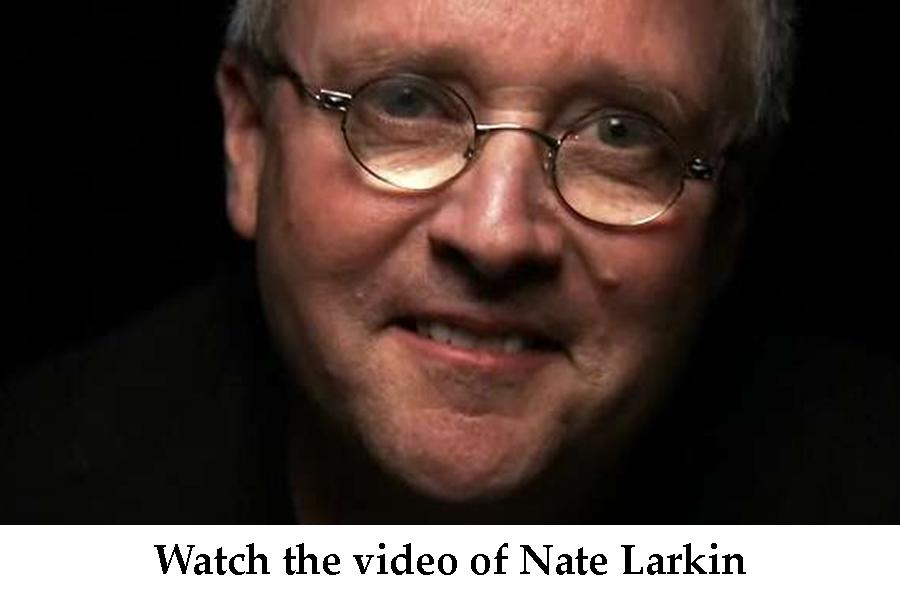 Nate humbly admits that the Samson Society is a young movement, and one that not everyone would like. Larkin is under no delusions that every man in America needs the Society. He likens the Society experience to that of new wine (Luke 5)—fun, effervescent, unpredictable—but nonetheless something that needs to get better as it ages, something that must mature, and something that many will likely not be a part of because they like the “older wine” more.

Larkin also offers a word of warning to zealous reformers who want to recklessly pour this new wine into the old wineskins of current church structures: It is arrogant to assume everyone needs a swig of the latest draught.

Larkin also hopes that his book is only the first of many coming from the Society, and that it will adapt over time as it matures. I do as well.

One comment on “Samson and the Pirate Monks – Book Review”