My wife is a beautiful woman, and like all beautiful women she knows what it’s like to be watched.  When we first met more than forty years ago, I was just another of Allie’s many male admirers. But then, on one magical summer afternoon, we sat beside a waterfall and talked. Allie told me her story, and I told her mine. As we shared our childhood traumas, our dreams and fears and insecurities, I began to see Allie for the strong, complex, and fragile person she truly is. On that afternoon I actually saw her, and I could see that she saw me. That was the day our friendship blossomed into romance.

But a few years into our married life, Allie was suddenly feeling alone again. My attention was focused elsewhere, and when I actually did look at my wife there was judgment in my eyes, as though I were comparing her against some imaginary ideal. Allie was being watched, but she was no longer being seen. She had become just another object in my world, a two-dimensional image to be used or dismissed, manipulated or ignored.

Allie wasn’t the only one who was feeling alone, of course.  I was growing lonely too. Ashamed of my behavior and terrified of being caught, I was hiding from Allie and everybody else—hiding in plain sight and working frantically to keep up appearances. In the pit of my stomach I knew that if anyone ever discovered the real me—if anyone ever penetrated my secret world—I would be cast into outer darkness, never to return.

Time went by, and the distance between us grew greater with every passing year.

The pain of discovery was horrible for both of us. Full disclosure, when it came, was even worse. Our worlds were turned upside-down, and for awhile it seemed like we would never be able to look at each other in the same way again.

It was then, during the darkest period of my life, that I stumbled into a brotherhood of recovering addicts—men whose stories mirrored my own. These men saw more than my behavior—they saw me—and they encouraged me to come out of hiding. They accepted me, and they helped me to believe again in a healing Higher Power whose love for me does not depend at all on my behavior.

Over time, as I walked with other men in the daily journey of recovery, I began to notice a change in my perception. I was back in the real world, and the people around me were becoming three-dimensional again. Moreover, I was becoming willing, even eager, to be seen and known in all my ragged imperfection.

More than twenty years have come and gone since my worst fears were realized, and I still marvel at my wife’s tenacity. Although she was very angry and deeply hurt by my betrayal, Allie never lost sight of the person she had gotten to know beside the waterfall. Despite her pain, she was determined to see the real me. As my vision cleared and my ability to see myself and show myself improved, I saw again the girl who was brave enough to marry me. I can still see her today, and she is more beautiful than ever. 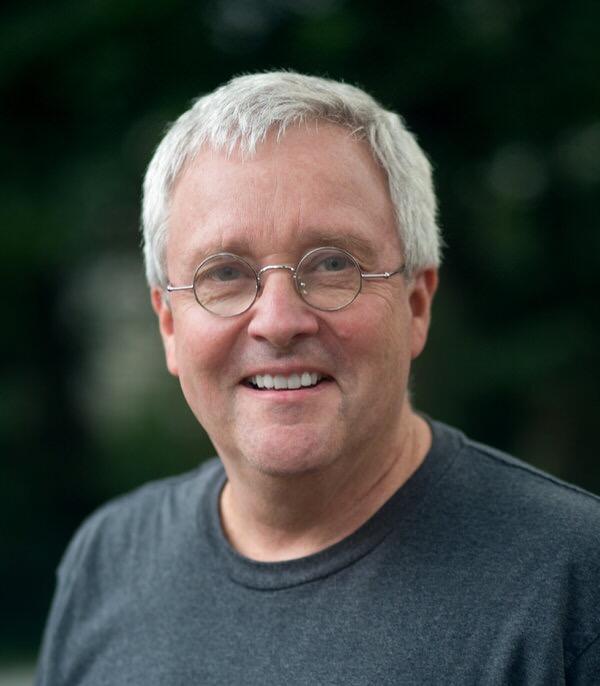 Nate Larkin is the founder of the Samson Society and author of “Samson and the Pirate Monks: Calling Men to Authentic Brotherhood.”  He and his wife Allie live in Franklin, Tennessee.