10 Phrases You Should Never Say to Someone Experiencing Betrayal

Beth Denison, CLC, PRC, along with her husband, Mark, founded There’s Still Hope, a national sexual addiction recovery ministry. Beth works with ladies one-on-one and in groups as a trained life coach and an A.A.S.A.T. Certified Partner Recovery Coach. She brings the experience of being married to a sex addict for 35 years. She has been a faithful pastor’s wife, popular speaker, and women’s ministry leader. For help in your own healing journey, visit There’s Still Hope.

Discovering the sexual betrayal of a spouse is one of the most traumatic experiences anyone can suffer. There are so few people with whom the wounded spouse can confide. Imagine this devastated individual mustering the courage to share the story with a close friend or family member only to receive comments or advice that inflict further damage. How tragic!

Knowing what to say to someone who has experienced a loss is difficult for most people. I believe there are many well-meaning, loving individuals who truly want to be helpful to a wounded spouse but are simply ill-equipped in that situation. What should be said at such a time?

The Bible tells the story of a man of God named Job. His life was filled with prestige and possessions, but God allowed him to be tested and he lost his ten children, all of his livestock, and even his health. In the midst of his misery and devastation, he had three friends who came to comfort him. The Bible says,

“When they saw him from a distance, they could hardly recognize him; they began to weep aloud, and they tore their robes and sprinkled dust on their heads. They sat on the ground with him for seven days and seven nights. No one said a word to him, because they saw how great his suffering was” (Job 2:12-13).

Wow! What great friends. Unfortunately, whatever comfort Job felt by their presence quickly ended when they opened their mouths and began to speak.

If you have an acquaintance, friend, or loved one who has experienced sexual betrayal, one of the greatest things you can do for him or her is just show up. Most people going through such trauma feel alone and isolated. Your presence, at that time, can be a gift. Silence is okay.

If you do speak, here are ten things best left unsaid.

This person’s life has been shattered. How can you possibly know things will get better? Unfortunately, things may get a lot worse. Certainly, the wounded spouse can pursue and achieve healing, but that does not mean the circumstances will get better.

Such a comment is callous to the pain this person is feeling. There are many things someone who has been betrayed may need, such as testing for STDs, counseling, self-care, safety, a support group, and healthy boundaries.

While forgiveness will eventually be in this individual’s best interest, to suggest this initially may imply that there should be no consequences for the offending party, regardless of current behavior. This, in turn, may pressure the wounded spouse into granting a false forgiveness before adequately processing the devastating emotions that naturally accompany betrayal. This can lead to confusion and delayed healing.

Any comment that minimizes the behavior or the pain is hurtful. Betrayal is betrayal, regardless of the method. Period. To say such a thing is as insensitive as saying to someone who lost a child, “At least you didn’t lose both of your children,” or saying to an amputee, “At least you still have your hands.” The fact that someone else may have it worse does not lessen this person’s pain.

You’re not. Job’s friend made the same mistake. Eliphaz said, “But if it were I, I would…” (Job 5:8). The reality is that you cannot know what you would do if you were that person. You only have a perspective based on your own experiences.

5. “Have you been meeting his physical needs?”

Any comment or question that implies fault on the part of the wounded spouse is not helpful. Most are already feeling some sense of guilt and shame. Job’s friends also made that mistake. They assumed that he must somehow be responsible for the suffering he was experiencing. There are no perfect spouses because there are no perfect people. Nothing justifies a partner sexually acting outside of the marriage covenant. There is always a choice.

6. “You deserve better than this.”

This kind of statement usually comes as a result of strong feelings for the individual, which may cloud the judgment of what is actually best. In the Book of Acts, the apostle Paul was told by a prophet that he would suffer and be imprisoned if he went to Jerusalem. “When we heard this, we and the people there pleaded with Paul not to go up to Jerusalem” (Acts 21:12). Paul went anyway because he knew God had a greater plan that would result in furthering the gospel.

It is unsettling to see someone you love suffering. But, it is important to remember that you may not be able to see the big picture and all that God can accomplish through the difficulties.

7. “Everything happens for a reason.”

Is this really true? Does God have a grand design that only allows for what he wills? If my husband repeatedly cheats on me, is that God’s will? No. It is not God’s will for us to sin. He knows how destructive that is for us. But he has created us with free will. We are not created as robots with no power to choose. When a person is overwhelmed with grief due to the sexual betrayal of a spouse, God grieves, too. We live in an imperfect, fallen world.

The good news is that what God allows, he redeems.

“And we know that God causes all things to work together for good to those who love God, to those who are called according to his purpose” (Romans 8:28).

Though you might have lived through a similar experience, you can never know exactly how someone else feels. No two situations are exactly alike. We all have our own unique experiences and perspectives.

This is akin to “get over it,” or “just move on.” This is easily said by someone who is neither married to the individual nor emotionally attached to the situation. The reality is that the choice to stay or leave is incredibly difficult and not one that can be made quickly or lightly. There will be pain and complications either way. Seldom does anyone “get over” such trauma, though he or she will eventually get through it. Such flippant statements fail to acknowledge the depth of grief the wounded party is feeling.

Be very, very careful about speaking for God. Job’s friends spent considerable time representing to him what they were convinced were God’s ways. In the end, the Lord spoke to Eliphaz and said, “I am angry with you and your two friends, because you have not spoken of me what is right” (Job 42:7). Even if what you plan to say is biblically accurate, are you sure this is the right time to say it? Saying the right thing at the wrong time is still wrong.

What should we say?

With so many things we shouldn’t say, how can we know what we should say? “Everyone should be quick to listen, slow to speak and slow to become angry” (James 1:19). When someone you care about is suffering due to betrayal trauma, show up and focus more on listening than speaking. Will Rogers went straight to the point: “Never miss a good chance to shut up.”

Before you do speak, ask God for wisdom. “If any of you lacks wisdom, he should ask God, who gives generously to all without finding fault, and it will be given to him” (James 1:5).

Offer practical assistance. When Jesus was dying, he asked his closest friend, John, to take care of his mother. The Bible says, “From that time on, the disciple took her into his home” (John 19:27). You can help by bringing a meal, taking the kids for the afternoon, giving a gift card for a massage, or anything else that might relieve some of the pressure your friend may be experiencing.

Jesus’ example of love was in deed, not word. We can’t go wrong when we follow his example. 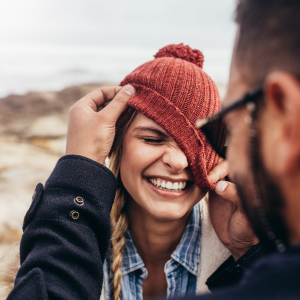