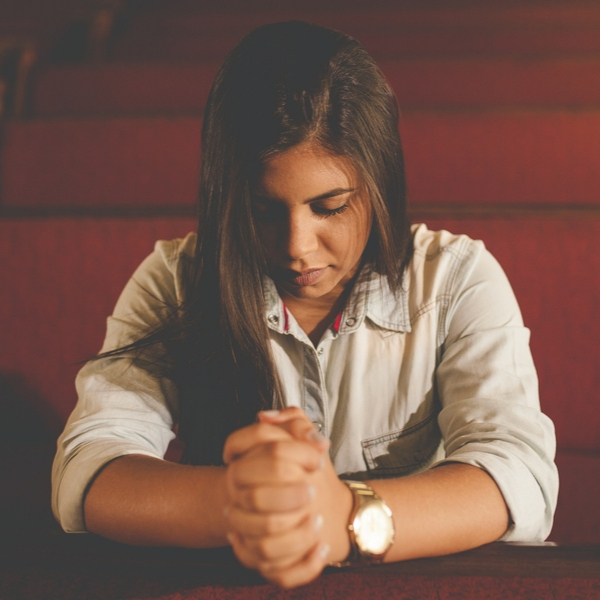 The world is a blurry place.

I feel like the lines between right and wrong, dark and light, good and bad, used to be more obvious.

The Difference Between Right and Wrong Was More Obvious

Most depravity had some sort of physical barrier or access, distance, or cost that prevented most people from being exposed to its seductive pull. Finding it required an element of intentionality.

The internet changed everything. The internet took the far away, the forbidden, the hard-to-access, and the expensive, and made it accessible, affordable, and relatively anoynomous. No barrier to entry. No passwords. No limits.

Even Israel Lost Its Way

The prophet Isaiah wrote, “Woe to those who call evil good, and good evil; who put darkness for light, and light for darkness; who put bitter for sweet, and sweet for bitter” (Isaiah 5:20).  These are actually God’s words.  He is talking specifically about the nation of Israel.

Israel had become a nation where darkness was pronounced as good. For the nation of Israel, the fade from clear to fuzzy (and downright backward) happened slowly. As king after king strayed further and further away from God, the nation followed. The fade to darkness happened so slowly that people didn’t realize they were in it. Everything seemed normal to them. They had so completely accepted the abject, the detestable, and the abnormal, that even evil seemed like it was good. Even darkness seemed like light.

America seems to be following suit. Increasingly, our nation accepts the loud voices of those screaming, “Evil is good! Good is evil!” Those who call attention to the darkness are often bashed as ignorant, intolerant, and old-fashioned. According to a blog written by Sunny Slope Church of Christ:

“Standing firm on righteous principles is portrayed as extreme, even eccentric. And most of the righteous among us seem to contribute to the problem by simply saying nothing in opposition to what is happening.  We sit on the sidelines watching, but doing nothing to stop the digression.”

Church, where are you?

Closeness. Intimacy. Conversation. Companionship. These needs are imprinted on every human soul. Our brains are wired to reward experiences that satisfy these needs.”

Like wearing a dirty pair of glasses, watching pornography causes our view of sex to be fuzzy. Similar to the old days of watching a TV show with a misplaced antennae, you can partly make out the image, but it’s blurred and distorted.

In April 2016, Ron DeHaas, CEO and Founder of Covenant Eyes made this bold statement in front of 900 church leaders at the Set Free Summit, “The Church must take the lead in cultural change.”

4 Ways the Church Can Provide a Counter-Narrative

People love to come to church to be “fed.” While on staff in a local church, I noticed the prevalence of the “feed me, do what makes me feel good,” prosperity attitude. People have been chasing self-fulfillment for centuries. At the conclusion of Ecclesiastes, after indulging in every luxury imaginable, King Solomon came to this humbling conclusion:

“That’s the whole story. Here now is my final conclusion: Fear God and obey his commands, for this is everyone’s duty” (Ecclesiastes 12:13).

In other words, we must counter the narrative that human beings need sex to survive. Instead, they need Jesus. Are we constantly reminding people that the only true satisfaction comes from Jesus Christ? Are we teaching our people that we were created as spiritual beings before sexual beings? We need more of HIM. Not more of IT.

How many times did you learn in Sunday School that all sin creates separation? Yet, many of us have placed sexual sin on the throne as the “queen mother.” After all, have you ever seen an addiction recovery group for greed or pride?

It was C.S. Lewis who said this in Mere Christianity:

“The sins of the flesh are bad, but they are the least bad of all sins. All the worst pleasures are purely spiritual: the pleasure of putting other people in the wrong, of bossing and patronizing and spoiling sport, and backbiting; the pleasure of power, or hatred […] That is why a cold, self-righteous prig who goes regularly to church may be far nearer to hell than a prostitute. But, of course, it is better to be neither.”

Well said, Mr. Lewis. Does church leadership exude any amount of bias, spoken or unspoken, toward sexual sin? Examine the sermon illustrations. Examine your own gossip. What do people whisper about? Are there recovery programs in place for a multitude of issues, including sexual sin, that invite participants to be open, authentic, accountable, and judgment-free? Is the pastor leading by example with open and honest sharing about his or her own struggles?

Historically, the church is wonderful at giving a list of “thou shall nots!” but not so skilled at explaining why God’s plan is abundantly better.

How could your church embrace science and culture as a means of furthering conversation about pornography instead of simply shutting it down?

4. The Bible encourages God-honoring sex. So should the church. Talk about it.

In Genesis 1:27-28, we read, “So God created man in his own image, in the image of God he created him; male and female he created them. Then God blessed them and said, “Be fruitful and multiply. Fill the earth and govern it. Reign over the fish in the sea, the birds in the sky, and all the animals that scurry along the ground.”

Later in Genesis 2:23-24, there is a sense of excitement and oneness that leads me to believe that sex was intended for more than just making babies. The very design of our male and female bodies points clearly towards a physical form that just works well together.

Church leaders can talk opening about sex and pornography, showing the chasm that exists between God’s plans for oneness, unity, enjoyment, and giving and porn’s lies of distance, secrecy, consumption, and taking. Silence from the pulpit and from parents to their kids actually whispers “this is dirty, naughty, and bad” and points curious little minds toward the endless pages of Google’s answers to the question, “What is sex?”

Churches must be willing to tackle tough topics. There’s no passive pastoring in the digital age. There are too many competing, twisted, digital voices. And, many of them, like the temptations of Israel hundreds of years ago, may even look and sound pretty good.

Take a significant step toward helping your church be a beacon of hope, grace, and recovery today!

Communities from Covenant Eyes gives churches, small groups, non-profits, and others the resources and consultation support necessary to address internet pornography. Your organization becomes the hub for a whole network of Covenant Eyes accounts, facilitating conversations, and fostering a culture of accountability.