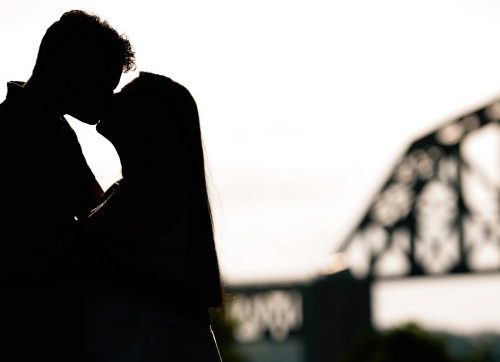 Kay Bruner has been married to Andy for over 25 years. For 20 of those years she served with him at Wycliffe Bible Translators, working in the Solomon Islands preparing a New Testament translation into the Arosi language. They have four children and two poodly rescue dogs. They live in the Dallas area where Andy works for SIL International, Wycliffe’s sister organization. Kay is a Licensed Professional Counselor with Rapha Christian Counseling. She is the author of As Soon As I Fell: A Memoir. You can read more of her articles at kaybruner.com.

This is a story I hear a lot from women: “My husband just can’t seem to kick the habit. We’ve been in this fight for years now. Whenever he gets caught, he seems to feel really badly about it. He’ll do all the right things. He seems really open about it. He’ll confess to me and others, he’ll block all the sites he’s used, he’ll go to counseling. But a few weeks or months later, he’s back in it again. I just don’t know what to do any more.”

And then they’ll say to me, “You guys got better. How did that happen?” 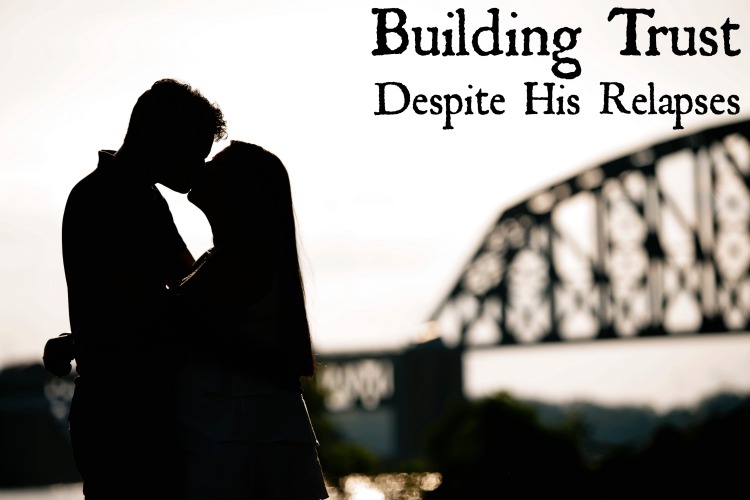 We did all the stuff that everybody does:

Why did it work for us, when other people are doing the same things, and it’s not working for them?

It’s always just seemed like pure dumb luck to me, until I happened across a YouTube video by renowned marriage expert, Dr. John Gottman.

In his research, Gottman has found that couples who have a high level of trust within the relationship have a corresponding set of behaviors.

He identifies these trust-building behaviors as “sliding door moments”: small, seemingly insignificant moments when there is a choice to be made, for or against the relationship.

Gottman says, “In these moments, there is the possibility of connection with the partner, or turning away from the partner.”

Gottman tells a story about how, late at night, he wanted to finish reading a book, but saw from his wife’s face that she needed to talk. For him, that was a “sliding door moment” when he could either be self-centered, or relationship-centered.

When I watched this video, I thought, “Wow, that’s exactly it. That’s what Andy did. That’s how I knew he was serious about me, about our marriage, and about his recovery.”

It wasn’t just that he did the right behavioral things perfectly, because he didn’t. Anybody who’s been in the game a while knows this phrase: “Relapse is part of recovery.” He’s relapsed, and he does relapse, on the road to recovery.

When he was in the addiction, he was all about himself. Recovery started when he was willing to sit with me and listen to all the hurt, all the fear, all the anger, and stay with me emotionally in that horrible, horrible sea of broken glass that was our life at the time. Recovery continues because he keeps turning toward our relationship, every day, in a million different little ways. He cares about me, and I know it. I trust him, that when he falls, he’s going to get back up and turn toward me again.

So, how does an addict get past pure behavior change and into relationship building? And how does a spouse know when it’s not just an act, but that it’s real and true?

I think it’s this: when the addict has the capacity to turn toward the relationship, to look outside of himself, to care deeply how the spouse feels, you’ll know good things are happening.

Put together a pattern of those trustworthy behaviors over time, along with a spouse who is able to receive those things, and you’ve got a relationship that can be healthy again.

Emotionally and spiritually, it’s clear that the person is choosing connection rather than isolation. Chemically, and less obviously, the person is also in a significant healing process. He is sitting with emotion and learning to ride the wave of sadness or anger or fear, without self-medicating. Over time, that heals the body and the brain from addiction.

So that’s the happy story, about when things are successful.

The sad truth is, though, sometimes we get into relationships with people who are not able to care about much outside of themselves, and a pornography addiction is just a symptom of that bigger problem.

Some of you are in relationships with people who say, “This is what I want, and this is what I’m going to do, no matter what you say.”

Others of you have seen a strange pattern of great emotional display with upset and turmoil and attention to the problem with groups and therapy and accountability and all kinds of openness. It seems like repentance, but it just doesn’t stick. The third or fifth or tenth time, you wonder what in the world is going on.

I think what happens is this. The addict is getting decreased satisfaction from their sexual behavior, and in the “recovery” phase, they get a chemical kick as everybody attends to them in the crisis. Once they get into the “normal” phase of managing their addiction, though, and the attention lessens, they need the sexual behavior again. And, since they’ve been away from it for a while, it’s more exciting and efficacious again.

Additionally, I recommend the American Association of Christian Counselors as a place to look for a therapist.

Also, Celebrate Recovery is a general support group for all the bumps and bruises of life, and Divorce Care is a good, low-cost option offered by many churches.

Wherever you find yourself today, I hope you’ll find safe people to love you through it. And I hope that picture of turning toward helps you evaluate the trust-state of your relationship.